The summer transfer window is well and truly heating up, with a number of Premier League clubs working hard to land reinforcements before the new campaign gets underway. The likes of Manchester United, Chelsea and Arsenal are said to be in the market to improve their ranks and will be looking to accelerate their efforts to rubber-stamp more incomings and outgoings over the coming days.

United are still believed to be chasing a move for Barcelona midfielder Frenkie de Jong, who has been a priority target for the Red Devils since the end of last season. A deal to bring the Dutchman to Old Trafford has still not been finalised despite a transfer fee having been agreed at club level, with the player yet to settle on personal terms after months of protracted negotiations.

Chelsea are also said to be busy in the market as they continue to step up their efforts to land Jules Kounde over the coming days. The 23-year-old has been a target for the Blues for over a year but finally appears to be closing in on a move to Stamford Bridge in advance of the new Premier League campaign.

Express Sport is on hand to keep you updated with all the latest transfer news, gossip and rumours from the Premier League and elsewhere.

JUST IN: Arsenal may be about to spend another £77m as Gunners ‘optimistic’ 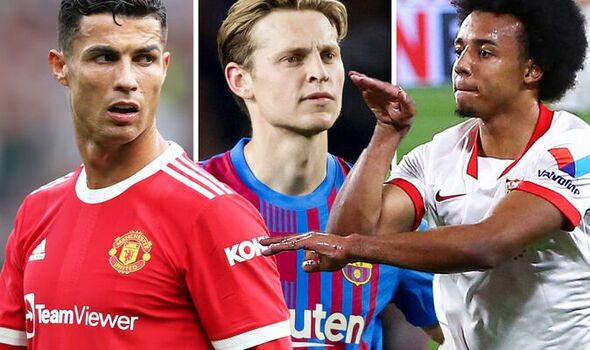 Manchester United have already met with the agent of Frenkie de Jong at their Carrington training base this summer.

That’s according to the Manchester Evening News, who are reporting that in-person talks were held with De Jong’s representative earlier in the transfer window.

The Red Devils have been chasing a move for De Jong for some time but their efforts are currently being held up by the player’s desire to stay at Barcelona for the foreseeable future.

A series of deferred wage payments from the Catalan giants have also proved to be a source of frustration for United, who confirmed the signing of Ajax defender Lisandro Martinez on Sunday. 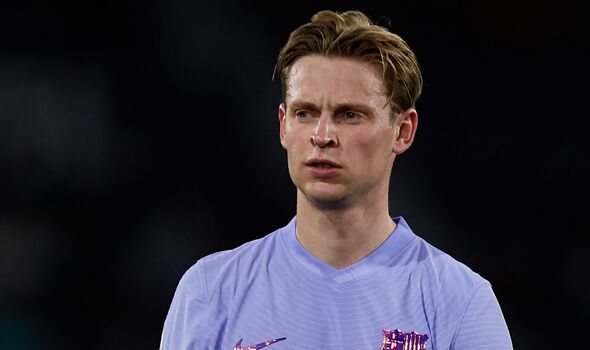