Francesco Totti reveals he is open to Roma return once James Pallotta sells club following previous tension: ‘I would answer if the phone call arrived’

Francesco Totti has said he would return to boyhood club Roma if the club’s soon-to-be new owner approached him over a potential return.

The Roma legend stood down from his role as club director in June 2019 as he thought owner James Pallotta was failing to involve him in top brass talks.

Majority shareholder Pallotta is on the brink of selling his stake in the club to American billionaire Dan Friedkin, which could see Totti return to the Stadio Olimpico. 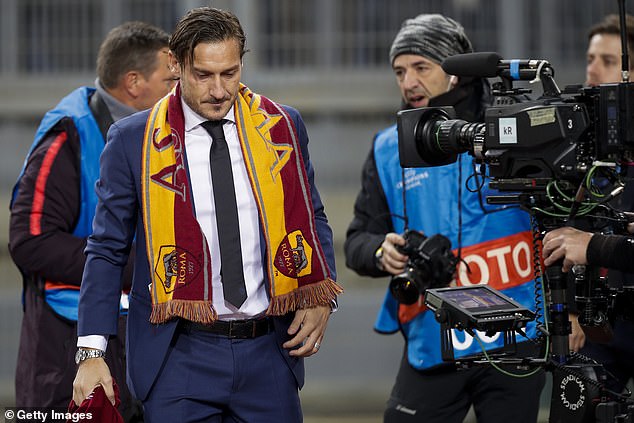 Totti, who joined Roma’s academy back in 1989, told Il Messaggero of a potential move back to the Serie A giants:  ‘If the phone call was to arrive, I would answer.

‘I would evaluate. Never say never.

‘At a certain point the hypothesis of change became concrete, then the respect for the fans and the shirt won. I could never betray a club that gave me so much.’

Totti represented Roma with distinction during his playing days, scoring 307 goals in 785 games for the club. 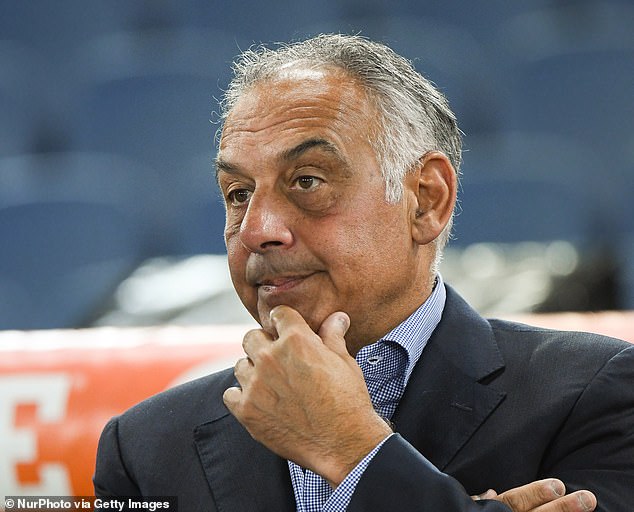 The former forward hung up his legendary boots in 2017 after spending a staggering 25 years in Roma’s first team.

Friedkin, the CEO of Gulf States Toyota Distributors, has been locked in talks with Pallotta for almost six months over a £700million takeover deal.

Pallotta and Friedkin have been thrashing out terms in New York.