Richarlison did not look like a man who needed reminding there were only five weeks to the World Cup as he made his exit.

The Brazilian limped off seven minutes into the second half of Tottenham’s victory against his former club Everton, and performed a little mime as he walked past his teammates on the bench to explain he had felt a pull in a calf muscle.

He was downcast and it will be an anxious race against time if he is to make Tite’s squad for Qatar. It also leaves Antonio Conte short of attacking options ahead of Wednesday’s trip to Manchester United. 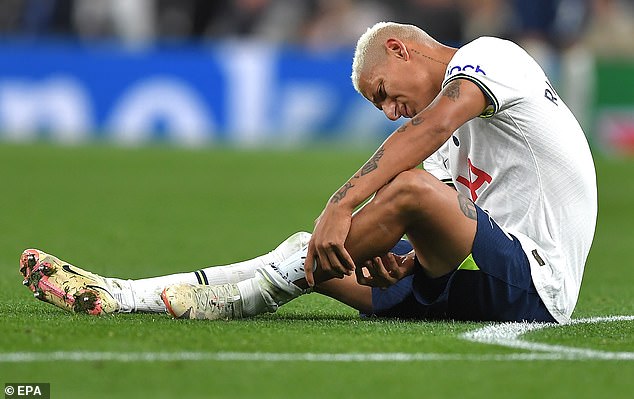 Dejan Kulusevski is still out, missing his fifth game with a hamstring problem, which he picked up on international duty last month.

And another injury blow in the forward line may convince Conte it is time to commit to an extra man in midfielder.

He has dabbled with the 352 alternative at times already this season, starting in this shape at Brighton last weekend and, when Richarlison was forced off, midfielder Yves Bissouma was the substitute summoned to replace him.

With Bissouma anchoring the midfield, the deepest of three, flanked by Pierre-Emile Hojbjerg and Rodrigo Bentancur, Conte’s team had a little more control and poise on the ball in the centre of the pitch. 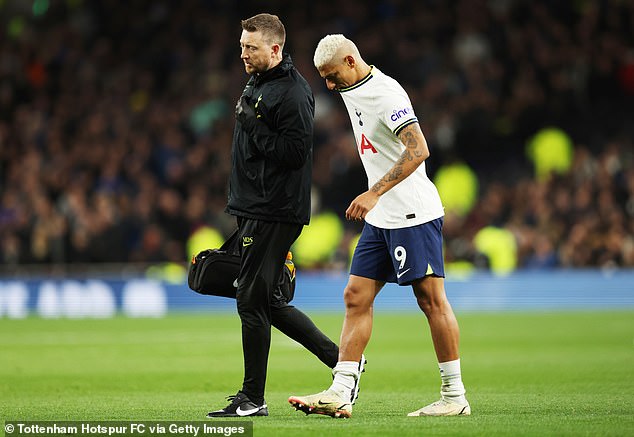 They also have a greater forward thrust from the two advanced midfielders running from deep, and they combined for Tottenham’s second, with Bentancur’s break down the right and cross to find Hojbjerg, who beat Jordan Pickford with the help of a deflection.

Tottenham did not perform well in the first half and were fortunate not to be trailing, with Everton guilty of missing two clear-cut chances, but they improved after the interval and were already on top when Richarlison was injured. 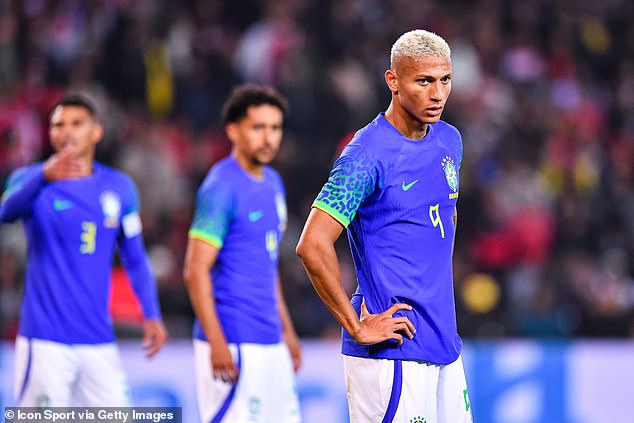 Brazil will await an update on Richarlison, with the World Cup just over a month away

Within six minutes, Harry Kane gave them the lead from penalty spot. It will be of little consolation to Richarlison, who has made a positive impact since his move to London and yet is still waiting for his first Premier League goal for Spurs.

Now he looks like another player who will be sweating on his place at the World Cup.