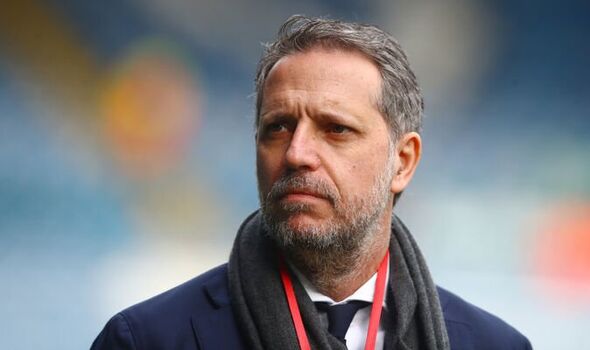 Tottenham are preparing a double transfer assault on Torino for defensive pair Gleison Bremer and Wilfried Singo, according to reports in the Italian media. Spurs boss Antonio Conte is preparing for a busy summer transfer window and can expect to be given a large transfer budget if his side qualify for the Champions League.

The North Londoners are in a tight battle with rivals Arsenal for the Premier League’s fourth place. Spurs are only three points ahead of the Gunners after last weekend’s defeat by Brighton.

But that has allegedly not prevented Conte from pushing ahead with his summer transfer plans. The Italian endured a frustrating January and only signed two players, although Dejan Kulusevski and Rodrigo Bentancur have been excellent since signing from Juventus.

Spurs have already been linked with several players ahead of the off-season. Managing director of football Fabio Paratici is reportedly now keen to sign Bremer and Singo from Torino.

According to Italian outlet Tuttosport, Paratici is ‘pushing strongly’ for the defensive pair. Conte was unable to acquire any defensive reinforcements in January despite being linked with a number of players.

Bremer is a centre-back who joined Torino from Atletico Mineiro in 2018. He has played 107 times for the Serie A outfit, including making 30 appearances this season.

The 25-year-old recently signed a contract extension until 2024 but might still be persuaded to link up with Conte at Spurs.

Speedy wing-back Singo would suit the system Conte has implemented at Spurs. Matt Doherty and Emerson Royal have both played on the right but the former Inter Milan head coach could do with an upgrade on the pair.

The Ivory Coast international joined Torino’s academy in 2019 before progressing to the first team. He has since made 69 appearances, scoring five goals and registering seven assists.

The publication continues that the pair could be signed for a combined £41.5m fee. That could allow Conte to add strength to other areas of his squad if the 52-year-old is handed a large transfer budget.

The Spurs boss also seems keen to add to his midfield despite Bentancur’s good form since his January arrival. Earlier this week, it was reported by French outlet Jeunes Footeux that club scouts had watched Lens starlet Cheick Doucoure score in his side’s 3-0 victory over Nice at the weekend.

Former Manchester City academy player Seko Fofana, also at Lens, is on Spurs’ radar, too. Since leaving City in 2016, the 26-year-old has enjoyed a fruitful career with Udinese and his current club.