It was in answer to a generic question about rough tackling that a somewhat malevolent glint flashed in Antonio Conte’s eyes on Saturday evening.

The gist of his response was that as a player he always knew how to make it look an accident, and the temptation thereafter was to wonder if those in his current care might wish to give him a wide berth in the next game of five-a-side. If ever a squad deserved a minor kicking, and all that.

We seem to have reached the point in a season where the obligatory questions are raised about whether Tottenham have the temperament for this gig. That is to say, will their recent resurrection under Conte culminate in a brilliant place among the top four, or will they revert to a floppy stereotype now that a prize is in sight? 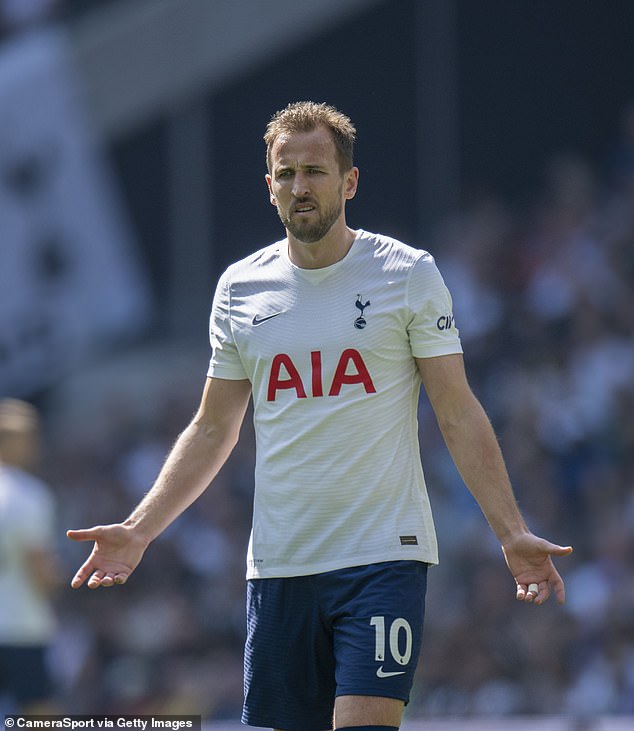 Of course, one bad defeat against Brighton does not undo the progress of four straight wins achieved on a wave of 14 goals. More so when Arsenal are in such a mess and no great expectations can be placed on Manchester United, especially as both have tougher run-ins.

But Tottenham have left room for doubt, and not only for the bottom line of Saturday’s 1-0 defeat by Leandro Trossard’s fine goal. It was more for the manner of that loss, in which they failed to land a shot on goal and never once found a way to establish a supply line to Harry Kane.

Indeed, Graham Potter’s deployment of Yves Bissouma to swallow up Son Heung-min and Dejan Kulusevski, thereby killing Tottenham’s creativity at source, was just about the most impressive act in a tactical game of low drama.

Spurs still hold the best cards going into the final half-dozen games, or rather the better fixtures, but it will always sound an alarm when their blips are discussed in the context of psychology.

Conte, for his part, was pointed in discussing the need of his players to prove they can ‘cope’ with pressure, and his goalkeeper, Hugo Lloris, was griping from the same script.

‘It can happen that you have a bad day, but the biggest regret is if you cannot win, then make sure you don’t lose, especially in the 90th minute,’ Lloris said. ‘We knew even after winning at Aston Villa that there is no room to relax. It is going to be a big battle until the final game. It’s the same for all the challengers for the top four.

‘Mentally, we have to increase the level of focus. Sometimes you can have a lack of energy for various reasons, but the focus is so important. Look at how we conceded the goal; it is all about focus and concentration. It is never too late to learn.

‘We don’t have a (points) cushion so we have to go on another run. But we must take it game by game because if we look too far forward, we can slip. 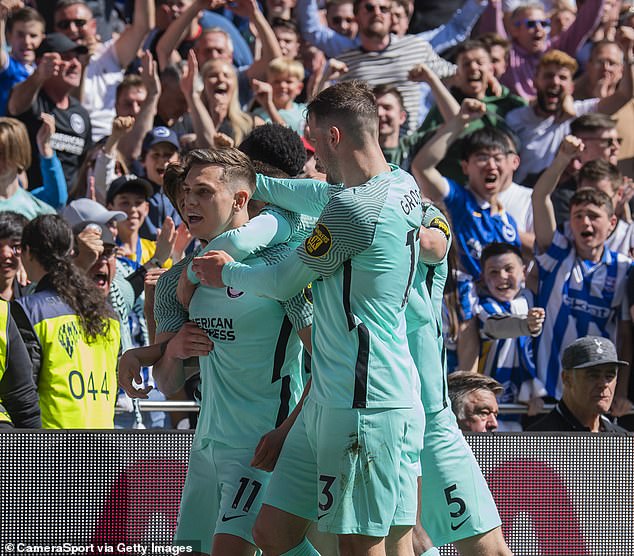 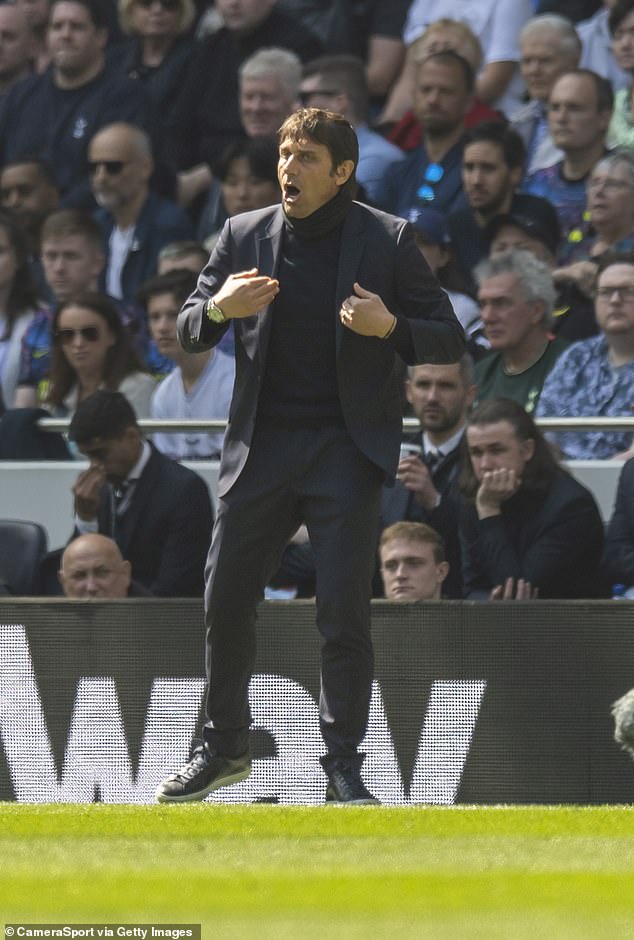 ‘What hurts me the most is, we have suffered so much, and to arrive in this position, it is not the moment to throw away what we have built in the last few weeks. We have received a lot of kicks during the season and it is not the time to give this lift to our rivals.’

As ever, not enough emphasis will be placed on the smaller club, which in this case has righted itself after a seven-game winless run that featured six defeats.

Wins over Arsenal and Spurs on successive weekends is more in keeping with what Potter has built at Brighton. ‘We needed the Arsenal win,’ Potter said. ‘That gave everyone a bit of belief again that we can achieve and be a good team. Sometimes when you suffer you can grow from it and be better, and we have done that.’

The three locked in hunt for fourth

3 Antonio Conte’s side have lost three of their last six home Premier League games (W3, L3) — as many defeats as they suffered in their previous 14 on home soil (W10, D1).

2 United are the most inconsistent of the three — they have not won more than two games in a row all season, while Arsenal have managed a run of five (twice) and Spurs four.

4 of Arsenal’s next five matches are against clubs currently in the top seven — and they are on a run of three straight defeats, their third such run under boss Mikel Arteta.