Antonio Conte is expected to make a number of changes for Tottenham’s Champions League group stage opener against Marseille as he casts one eye on a daunting clash with Manchester City this weekend. Spurs have made an unbeaten start to the new Premier League season and will be keen to maintain that against the reigning English champions when they head to the Etihad on Saturday.

The Lilywhites became only the fourth team ever to do the Premier League double over Pep Guardiola’s City last season and they will be determined to see history repeated this coming weekend. Son Heung-min scored the only goal of the game as Conte’s side claimed all three points over Guardiola’s men in the early stages of last season before Harry Kane emerged as the hero in a dramatic return fixture.

The Spurs skipper scored twice, including a 95th-minute winner, to stun City on their own patch back in February and, at the time, inflict a shock title blow to Guardiola’s side. With both teams boasting identical Premier League records at the start of this season – four wins and two draws – there’s hope that the clash will once again produce fireworks.

Tottenham will be keen to mark their return to Champions League action for the first time since the 2019-20 season with a victory this midweek, but City away on Saturday – one of the toughest fixtures on the Premier League calendar – will no doubt take precedence. With that in mind, Express Sport take a close look at who Conte may look to rest against Marseille ahead of the crunch match with City. 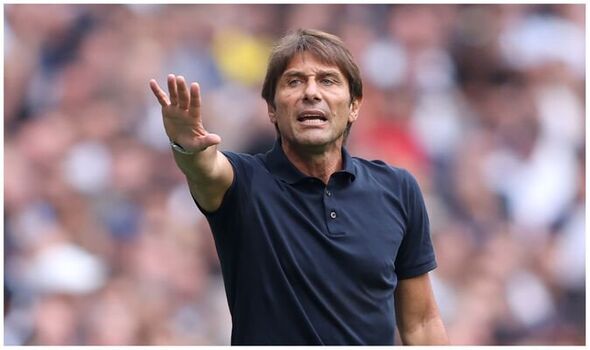 As if he hadn’t already, it’s fair to say Kane has well and truly dispelled the myth that he is a slow starter who doesn’t score goals in August. The Spurs striker has enjoyed a scintillating beginning to the new Premier League campaign having netted five goals in his first six games at the start of this season.

Conte may claim Tottenham are “three more transfer windows” away from challenging for the Premier League title, but on this form, Kane may well be the man to propel the north Londoners into contention. The man who put City to the sword at the Etihad last season is fit and firing, and Conte will be desperately hoping to preserve the 29-year-old’s current condition.

With City away undoubtedly the bigger of Tottenham’s two fixtures this week, there’s every chance Conte will rest the England captain for the home clash with Marseille in order to have him fresh for a huge clash at the home of the Premier League champions on Saturday. Summer signing Richarlison has starred in recent weeks for Spurs, largely from the bench, and could well deputise for Kane having impressed in his first start of the season against Fulham at the weekend. 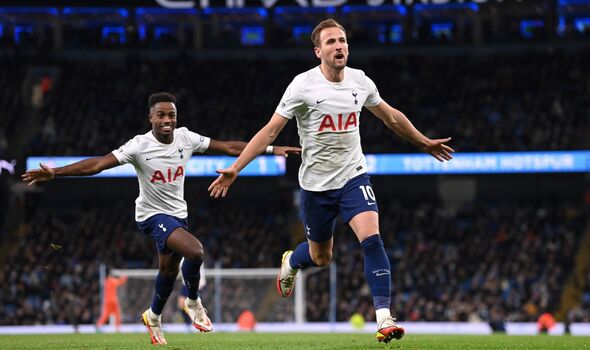 Last season’s joint Premier League Golden Boot winner alongside Liverpool’s Mohamed Salah, Son is still searching for his first strike of the new season. Kane recently admitted the South Korean is “frustrated” at having drawn blanks this term, but the forward remains integral to Conte’s cause this campaign.

The 30-year-old has a stunning record against City having struck eight times in 15 appearances against Guardiola’s side and he will once again be key to Spurs’ hopes of causing another shock in Manchester. Dejan Kulusevski will likely be restored for Tottenham’s Champions League commitments against Marseille, but with Kane also likely to be rested, Conte may have to rethink his forward line.

That could well mean summer signing Ivan Perisic is pushed into a more advanced role to play alongside Kulusevski and Richarlison in attack. The versatile Croatian has a wealth of Champions League experience under his belt and a winners’ medal to boot, having helped Bayern Munich lift the trophy back in 2020.

A key component to Tottenham’s impressive start to the new season has been the contributions of Rodrigo Bentancur. The Uruguayan midfielder cuts a calm and composed figure in the centre of the park for Conte’s side and has undoubtedly lifted the quality in Spurs’ midfield since signing back in January.

The 25-year-old returned to Tottenham’s starting XI for their 2-1 weekend win over Fulham having missed the midweek draw with West Ham following a head injury sustained against Nottingham Forest. Bentancur is another who may find himself rested for the Champions League clash with Marseille as Conte looks to preserve the spine of his team for the trip to the Etihad.

Summer signing Yves Bissouma will likely take his place for the visit of the Ligue 1 side, having recently done the same against the Hammers. Should the Mali international be given the nod, he will be fulfilling a “dream” of competing in the Champions League for the very first time. 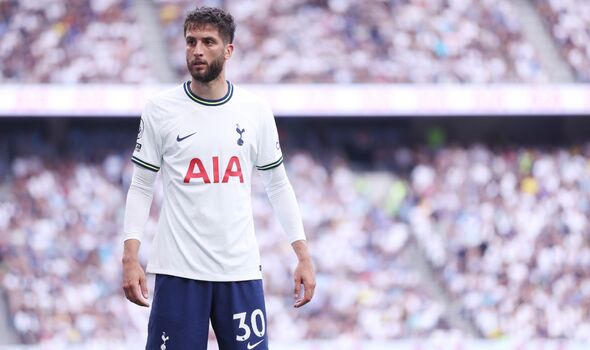 In a classic Conte five-at-the-back system, Tottenham have made a strong start to the season defensively, conceding just five goals in six games – two of which came against Chelsea. Eric Dier has been vital to that record having played every minute of Spurs’ Premier League campaign so far.

The 28-year-old has credited Conte as a key factor for the best form of his career and the 45-time England international is another who may well be rested ahead of the City clash. Conte has a wealth of alternatives at his disposal.

Cristian Romero returned to the Italian’s starting XI at the weekend while Davinson Sanchez and Ben Davies are other available options. Clement Lenglet was also praised for his debut performance against Fulham so the Barcelona loanee could be rewarded with a second successive start.