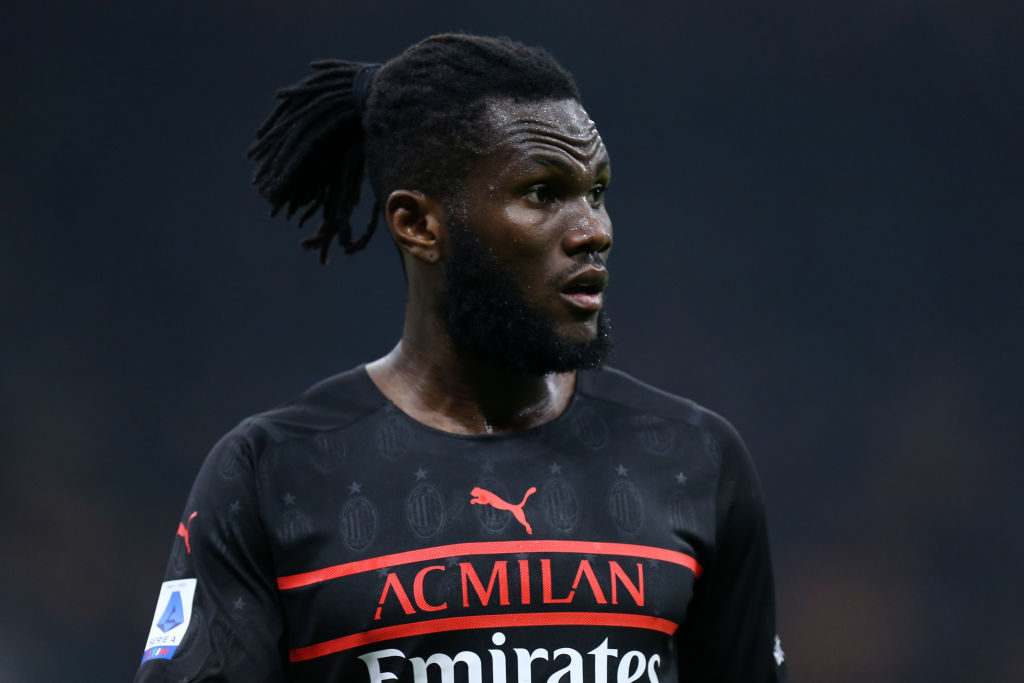 Tottenham are close to reaching an agreement to sign AC Milan midfielder Franck Kessie, according to reports in Italy.

Spurs confirmed the appointment of Antonio Conte as their new manager on Tuesday following the sacking of Nuno Espirito Santo.

It’s understood that Conte has been promised funds in order to improve Spurs’ squad in the January transfer window, with Fiorentina striker Dusan Vlahovic and Kessie already on the Italian’s shortlist.

According to SportItalia’s Rudy Galetti, Spurs are now close to reaching an agreement with Kessie’s agent, George Atangana, over a deal which would see the AC Milan midfielder join on a free transfer next summer.

Galetti claims that Spurs’ contract offer is worth around £160,000 a week, which is a significant increase on his current deal with AC Milan.

Earlier this month, Atangana urged Milan to increase their current offer in order to extend Kessie’s contract, which expires at the end of the season.

‘A footballer of Franck’s calibre does not need to be proposed to anyone. And in any case, I’ve never talked to Inter,’ Atangana told Calciomercato when asked about reported interest from AC Milan’s rivals Inter.

‘There was an official offer from the club and a request from the agent, but we are talking about figures very far from what you are referring to.

‘For an important player, you always need a contract worthy of it.’

Spurs, meanwhile, have also been linked with a move for Dutch centre-back Stefan de Vrij, who Conte managed at Inter.

Inter midfielder Marcelo Brozovic is also reportedly on Spurs’ shortlist ahead of the January transfer window.