Gedson Fernandes and Paulo Gazzaniga have been left out of the Tottenham squad for this season’s Europa League.

Tottenham booked their place in the competition last week with a 7-2 win over Maccabi Haifa and they were drawn to face Austrian side LASK, Royal Antwerp, of Belgium, and Bulgaria’s Ludogorets in the group stages.

Alongside Arsenal, Spurs are among the favourites to win the tournament, which manager Jose Mourinho won with Manchester United in 2017.

After a transfer window which saw six new players arrive, Spurs are over the required number of non-homegrown players allowed by UEFA.

As a result, Mourinho has opted to leave out midfielder Fernandes and goalkeeper Gazzaniga. 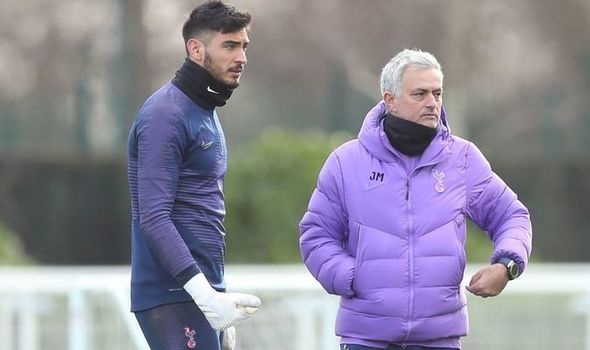 Meanwhile, Mourinho has been opening up about the message he gave his players after United went down to 10 men in Sunday’s stunning 6-1 win at Old Trafford.

After falling behind in the opening minutes, Spurs hit back to lead with goals from Tanguy Ndombele and Son.

And their chances were given a major boost when Anthony Martial received a red card in the 28th minute following a clash with Erik Lamela. 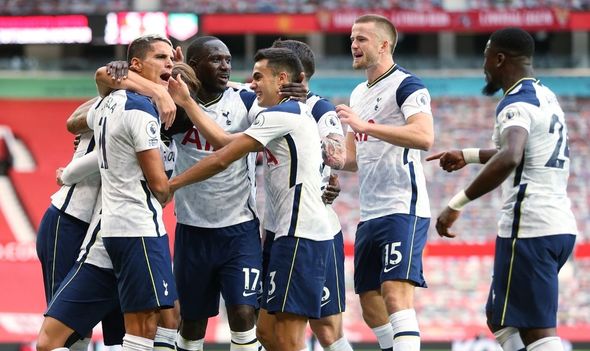 Having already been in the ascendency, Spurs took complete charge of the match and led 4-1 by half-time.

Goals from Kane and Serge Aurier in the second half completed the rout and Mourinho hailed the character and personality of his players.

“Then, in the second half, it’s about first of all to respect football. Football can betray you. Sometimes you don’t think things can happen, and yet they happen.

“So, first of all, respect football, respect United, respect the tradition of this giant club, and play serious, serious.

“Don’t concede a goal, don’t lose the ball stupidly, and, of course, if you have the chance to find more space, which you are always going to find, just score more goals.

“It was an amazing performance, especially in the first half, the team was so aggressive, and after 2-1, we were aggressive and confident, with big personality.”