Leeds boss Marcelo Bielsa is reportedly keen on pushing through a deal to sign Todd Cantwell but Norwich are apparently growing confident of keeping the midfielder. While the Canaries were relegated from the Premier League last season, Cantwell was seen as one of their standout performers.

The 22-year-old earned high praise for his performances in his first season in England’s top flight.

He bagged impressive goals against teams such as Chelsea, Manchester City and Arsenal.

And rumours soon began on a big-money move away from Norwich with the likes of Liverpool and Manchester United touted as possible destinations.

The Premier League’s elite have seemingly now snubbed a move for Cantwell after the close of the European transfer window. 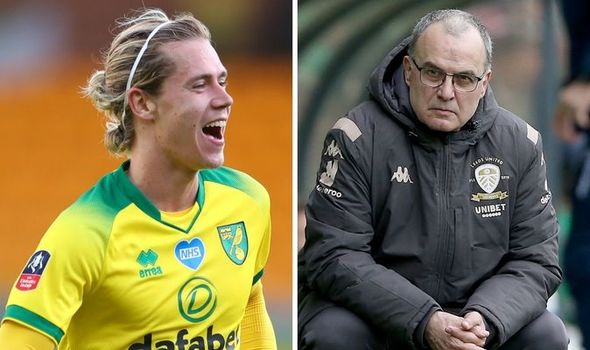 But Leeds have since emerged as strong contenders for his signature.

And Norwich boss Daniel Farke has reacted to the recent speculation surrounding a potential move to Elland Road by dropping Cantwell from the Canaries’ last two games.

“I was asked about why they were not involved. I was pretty honest,” he said. “I could have hidden behind injuries. But I chose to be honest and give my true opinion.

“I want players who are fully focused on the next task. Yes, they should be our best offensive players but they were not focused. It wasn’t about blaming them. We are humans, not robots, and the speculation can affect different players in different ways.

“But I cannot let my standards drop or that sends the wrong message.”

Leeds have already tested Norwich’s resolve with a £15million bid and also reportedly made another approach on Monday.

Norwich are said to be holding out for £20m with the domestic transfer window closing in just over a week. 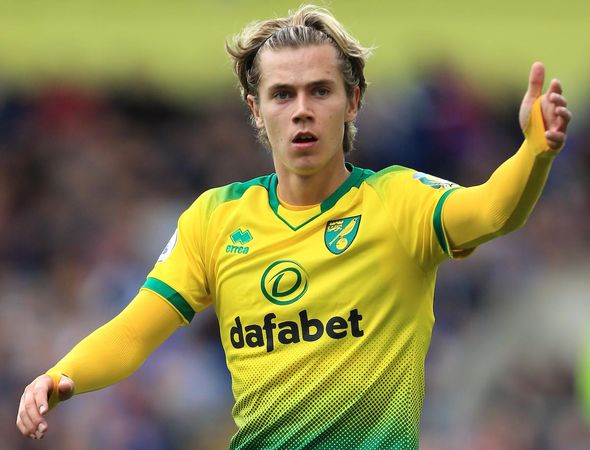 Leeds made their interest in signing a midfielder clear when they closed in on a deal to sign Michael Cuisance last week.

A medical was all booked after agreeing terms with Bayern Munich, but Leeds pulled out of a deal at the last minute citing concerns from the fitness assessment.

Bielsa ended up turning his attention to signing Raphinha before the end of the European transfer window with a deal being completed on deadline day.

If Leeds push forward with a deal to sign Cantwell, he would become their ninth summer signing and take their spending beyond £100m.