Timo Werner has hailed Jurgen Klopp ‘the best coach in the world’ before claiming his style of play would suit Liverpool. The RB Leipzig striker garnered interest from Liverpool last summer but reportedly turned down a move to Anfield as he believed he would not make it into the side’s menacing front three currently comprising of Mohamed Salah, Roberto Firmino and Sadio Mane.

Werner has changed his tune in recent weeks, however, continuing to welcome Liverpool interest while Leipzig chase their maiden Bundesliga title.

The Saxony side maintained their one-point lead on Bayern Munich on Saturday night with a 5-0 victory over Schalke in which Werner scored his 21 league goal of the season.

And after the match when questions regarding Liverpool came, Werner was more than complimentary of the soon-to-be Premier League champions.

“Jurgen Klopp is the best coach in the world,” he told Sky Germany. 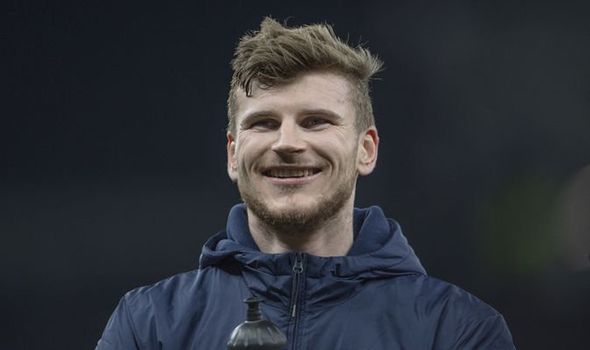 Werner’s words came three days after he branded the ‘best team in the world’ soon after his penalty sealed a 1-0 win over Tottenham in their Champions League last-16 first-leg.

“Liverpool are the best team in the world at the moment,” he said.

“And when you’re linked with that team it makes me very proud.

“It’s a pleasure but I know Liverpool play a lot of good players.

“I have to improve myself and to learn much more things to get on this level to play there.”

Klopp was asked for his opinion on Werner earlier this week but did not give much away.

“I can’t say whether we are interested or not,” the Liverpool boss said. 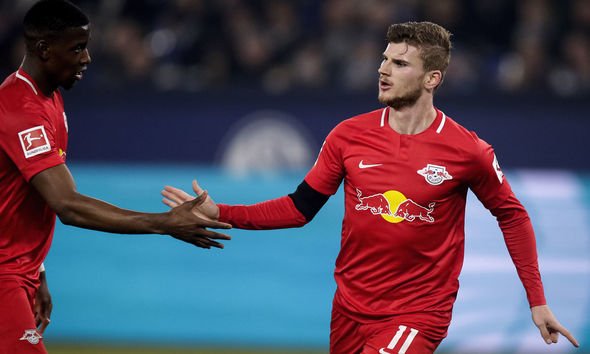 “Timo is a very good player. It’s not unusual for him to be linked with us.

“After all, I’m a German coach who works abroad. But it’s not automatically the case that we sign 12 German internationals every year.”

In the meantime, Liverpool continue to chase their first league title since 1990 while they also must overcome a 1-0 loss to Atletico Madrid to progress to the Champions League quarter-finals.

Next up for the Reds are relegation candidates West Ham at Anfield on Monday night, and Klopp is not taking the fixture lightly.

He said: “It’s Monday night, we need a really good atmosphere again and not kind of this perception that you go there and think: ‘OK, 1-0 after seven minutes, 2-0 after 25 and then it’s easy-going.’

“They have tough games coming up for them as well, so they don’t have time to waste results, points or whatever.