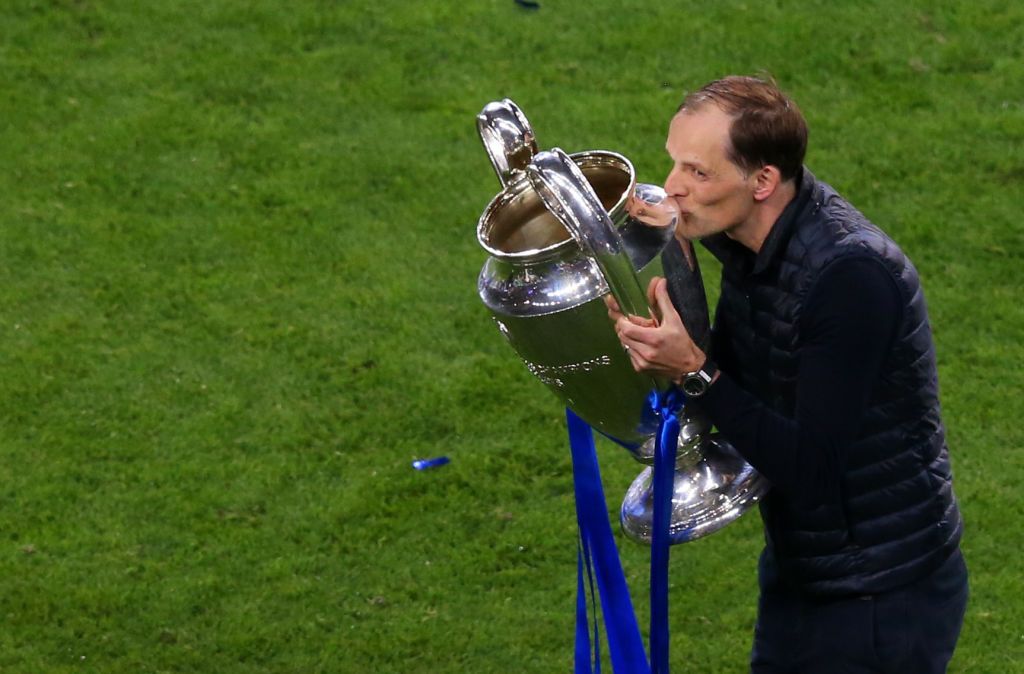 Thomas Tuchel held a successful meeting with Chelsea owner Roman Abramovich on Sunday morning and the result is set to be a new contract for the manager after his incredible Champions League success.

The German led the Blues to the Champions League title on Saturday night, beating Manchester City 1-0 in Porto thanks to a Kai Havertz goal.

It has been an incredible time for Tuchel, who only arrived at Stamford Bridge in January, securing a top four Premier League finish, an FA Cup final appearance, but most remarkably, European football’s greatest prize.

The 47-year-old only signed an 18-month contract when he arrived at Chelsea, but the Times reports that his deal is set to be extended and his salary improved after the victory over City in Porto.

It is likely that assurances were given from Abramovich over available funds for Tuchel to spend in the transfer market this summer.

The former PSG boss did not have time to make any moves in January so this will be the first time he is able to add his own players to the squad and there are likely to be a number of exits and arrivals before the start of the 2021/22 season.

Tuchel is keen to add a centre-back, midfielder and striker to his options and talks with club director Marina Granovskaia will take place in the coming weeks.

The first ever meeting between Tuchel and Abramovich came on the pitch in Porto after Chelsea claimed the Champions League title, which the manager is not sure is a good or a bad thing, but felt confident of a new contract after speaking to his boss.

‘I’m not even 100 per cent sure, but maybe I have already a new contract with that win,’ Tuchel said. ‘My manager said something about it. I did not know, but let’s check this first. I spoke to the owner right now on the pitch, which was the best moment for a first meeting!

‘…Or the worst as from now on, it can only get worse! We will speak tomorrow, we will speak later, but I’m looking forward to this.

‘We have work to do and we have to close the gap. This is what I am all about so it will be nice to meet him a bit closer. We’re in constant contact but not personal. He knows what’s going on from me directly but now it’s nice to meet him.’