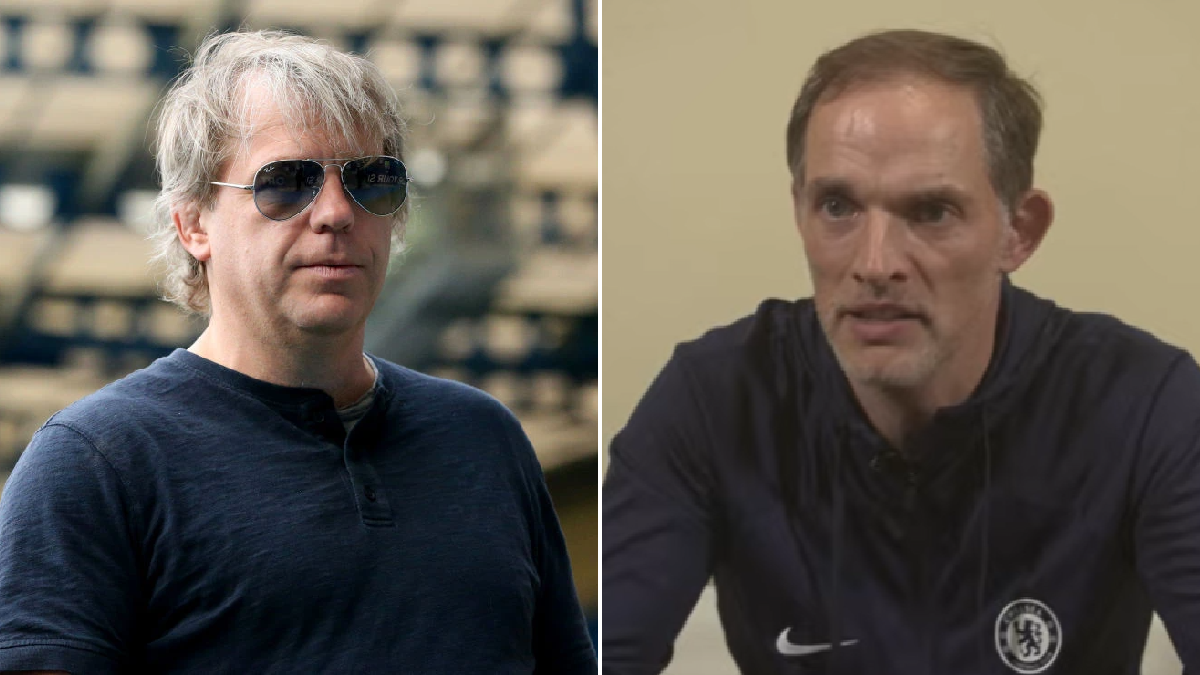 Thomas Tuchel has urged Chelsea to continue their summer spending spree and sign at least two more players before the transfer window closes.

Tuchel was delighted at both deals but wants Chelsea to dip back into the transfer market and ‘improve his squad’ with two more signings.

Chelsea have been heavily linked with a move for Sevilla defender Jules Kounde, while they could try to bring a new striker to Stamford Bridge after offloading £97.5m flop Romelu Lukaku.

Asked if he had a clear idea of how many more signings he wants this summer, Tuchel said on Tuesday: ‘Yeah, I have a figure, I think we need a couple more players in to improve the squad.

‘We came third last season, we can discuss endlessly the reasons but there was a gap between us, Manchester City and Liverpool.

‘So given the situation that we’ve even lost players, for me it’s common sense that we need to bring new quality to the team, to maintain our level, not even speak about improving our level.

‘This is the situation where we are right now, it’s always the dream of every manager I think that you find players within their own league who can adapt quicker than other players. But it’s also a very individual process.

‘Of course we see Raheem knows many players from the national team and he’s very, very familiar with the habits of English clubs, so this is nice to see.

‘For Kalidou, I think it’s a big help that we have some French guys, that we have Edou, his teammate in the national team, and of course Jorgi has been a big help from Napoli to make the process of integration faster.

‘Because this is huge and both of them should be huge players for us, and that’s why we need to speed things up.’

Tuchel was speaking ahead of Chelsea’s pre-season friendly against MLS side Charlotte. The Blues beat Club America 2-1 in their first friendly fixture on Sunday.