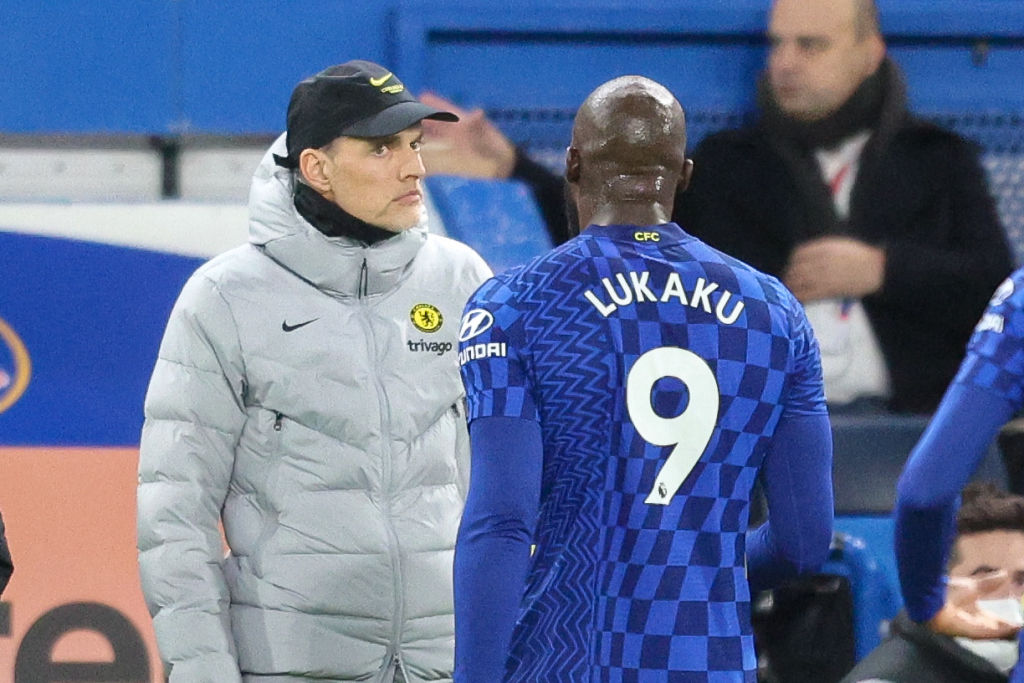 Chelsea boss Thomas Tuchel took a sly dig at Romelu Lukaku after the striker gave a controversial interview in which he expressed his unhappiness at the club and revealed plans to rejoin Inter Milan.

The Belgian returned to Stamford Bridge last summer for a fee of around £97million but he’s struggled for form and fitness in west London.

In an interview with Sky Italy, Lukaku said Tuchel had reneged on how he had planned to use the Belgium striker and was now playing a new system.

Tuchel was forced to respond to Lukaku’s interview in a press conference today and the German admitted he ‘did not like’ the Belgian’s words.

But Tuchel went further with his criticisms later on in his press conference, by indicating that Lukaku ‘surely knew’ the impact his interview would have and he therefore conducted it in full knowledge of the headlines it would generate.

Asked if the ‘noise’ created by Lukaku’s interview was louder at the moment because of Chelsea’s downturn in results, Tuchel said the Belgian’s words would always create controversy.

‘Maybe it feels louder but it would have been loud anyway with these headlines,’ said Lukaku.

‘You cannot win enough to not talk about these headlines. Today’s world is today’s world it is out there in public. If you are such a big player like Romelu he surely knows what kind of value it has when he speaks messages like this.

‘I don’t think it would have another impact, everything is easier, training is easier, press conferences are easier when you win but this has nothing to do with that so would have been easier to deal with noise but same noise I guess.

Lukaku’s interview has sparked reports that all is not well within the Chelsea dressing room, particularly in light of the club’s recent results.

However, Tuchel insists ‘disharmony’ can be helpful within a club as long as it operates within ‘certain boundaries’.

‘It’s a question of both dressing room it is not necessary to be in harmony,’ said Tuchel.

‘It’s not necessary to be successful – we do not need to love each other. Sometimes it’s good to be on the edge, sometimes good to be in disharmony when it’s inbetween certain boundaries.

‘The thing with Romelu is that nobody in this building is aware he’s unhappy so that’s why i’m surprised by these statements. I can see no reason why it’s like this, that’s all i can say about it and we wait to see what Romelu says