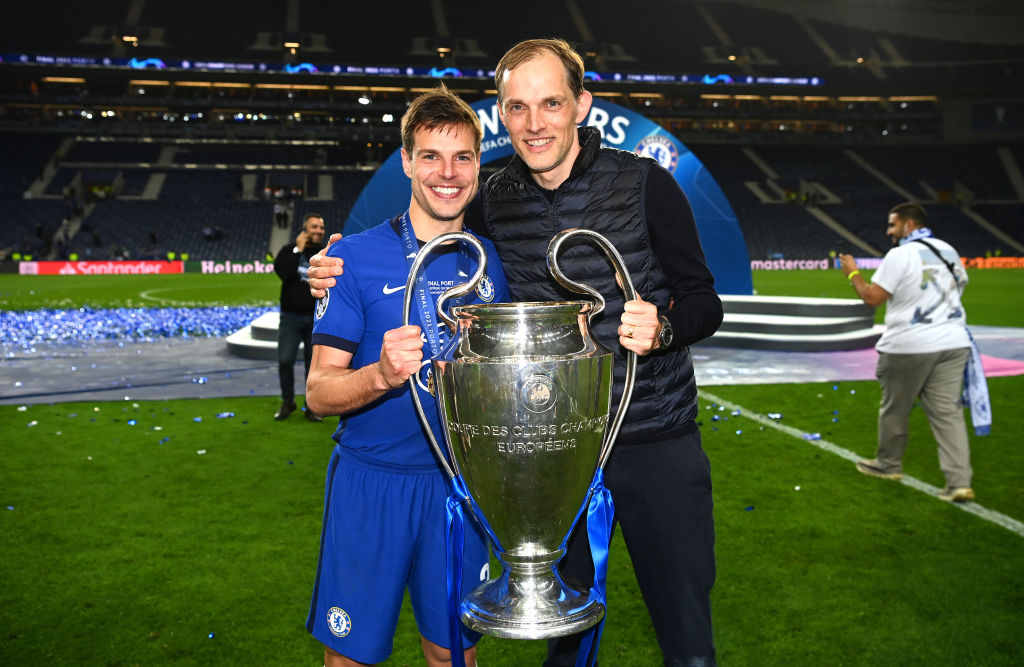 Thomas Tuchel insists it is an ‘honour’ and a ‘pleasure’ to coach ‘fantastic’ Chelsea captain Cesar Azpilicueta.

Spanish defender Azpilicueta has been a mainstay at Stamford Bridge ever since he joined the Blues from Marseille in 2012.

The 32-year-old recently made his 300th Premier League appearance for Chelsea, while he has helped the club win two league titles, the Champions League, Europa League and FA Cup over the past nine years.

Chelsea boss Tuchel has hailed Azpilicueta for reaching 300 Premier League appearances and opened up on the attributes he brings to Stamford Bridge, both on and off the pitch.

‘What a fantastic achievement. This is fantastic and the guy totally deserves it,’ Tuchel told Chelsea’s official website.

‘To play 300 matches at that kind of level and to win so many trophies, you deserve it. There is no luck behind it, it is all down to hard work and determination.

‘It is a pure pleasure to be his coach and an honour. Azpi is so focused, honest, a sports guy and such a competitor. He is so open and focused on his best performances everyday.

‘What you see on a match day is what I see everyday. He lives his role. He is maybe not the leader that you would sometimes expect from outside or in general that we as people expect leaders to be – loud and extroverted.

‘He is not this. He is very emotional but he is calm, he leads by example. He is not giving speeches every day. When you put him in every single exercise, you know what the level is up to. The captain is in top shape, has had sleep and looks after himself.

‘He is a fantastic captain, a great player and just a really good guy too.’

Before the international break, Azpilicueta helped ten-man Chelsea secure a point at Anfield against 2020 Premier League champions Liverpool. Prior to their trip to Merseyside, Chelsea kick-started their season with wins over London rivals Crystal Palace and Arsenal.