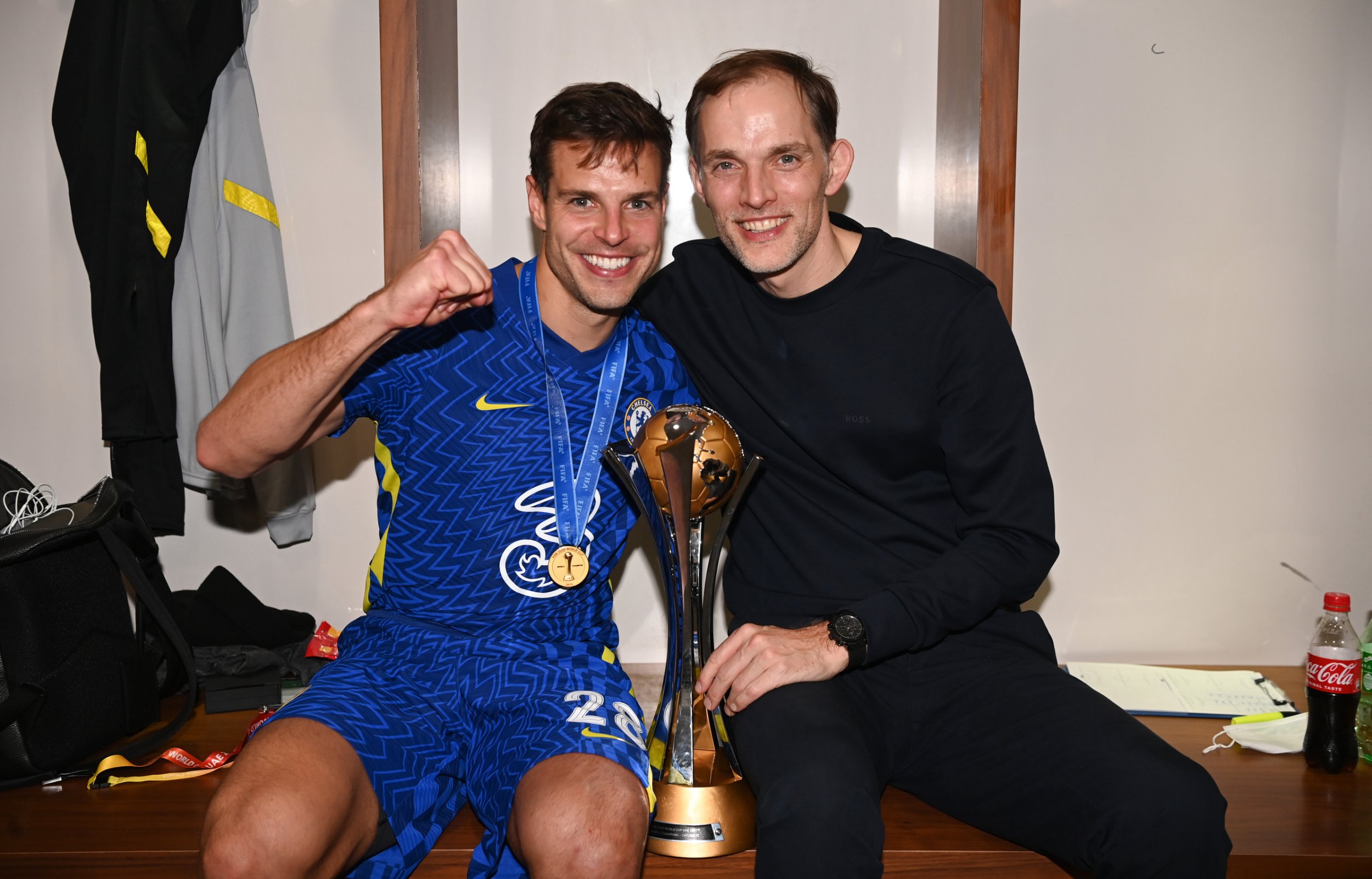 The 32-year-old has now completed 10 seasons at Stamford Bridge but is keen on a return to Spain and Barcelona are his preferred destination.

But Tuchel insists Azpilicueta remains a key part of his plans at Chelsea and has revealed that he has told the defender he wants to block his move to Camp Nou.

Asked if he was annoyed at Barcelona pushing to sign Azpilicueta, Tuchel replied: ‘Maybe a little bit.’

Tuchel also said of Azpilicueta’s situation: ‘It’s a tough question because I am not sure if I want to give Azpi what he wants.

‘At some point it is about what we want. I just made the comparison about how much we fought for [Kalidou] Koulibaly, who is a national team player and roughly the same age. He is a hugely important player for Napoli but we have a Spanish international who is the captain at Chelsea.

‘I see him maybe at the same level but Barcelona don’t see him on that level. So I am not sure if I want to give him what he wants as he is a huge player.

‘We don’t think so much about other clubs. The focus is on us and what we need. I said that to him and I say it to you that I understand on a personal and a career level. But I am not only in this role to give him what he wants. I am a manager for Chelsea who wants to do what’s best for Chelsea.

‘He doesn’t like it but he understands. It is tough for him because the other club is permanently on him.

‘On September 1 when things calm down, then he can play on his highest level.’