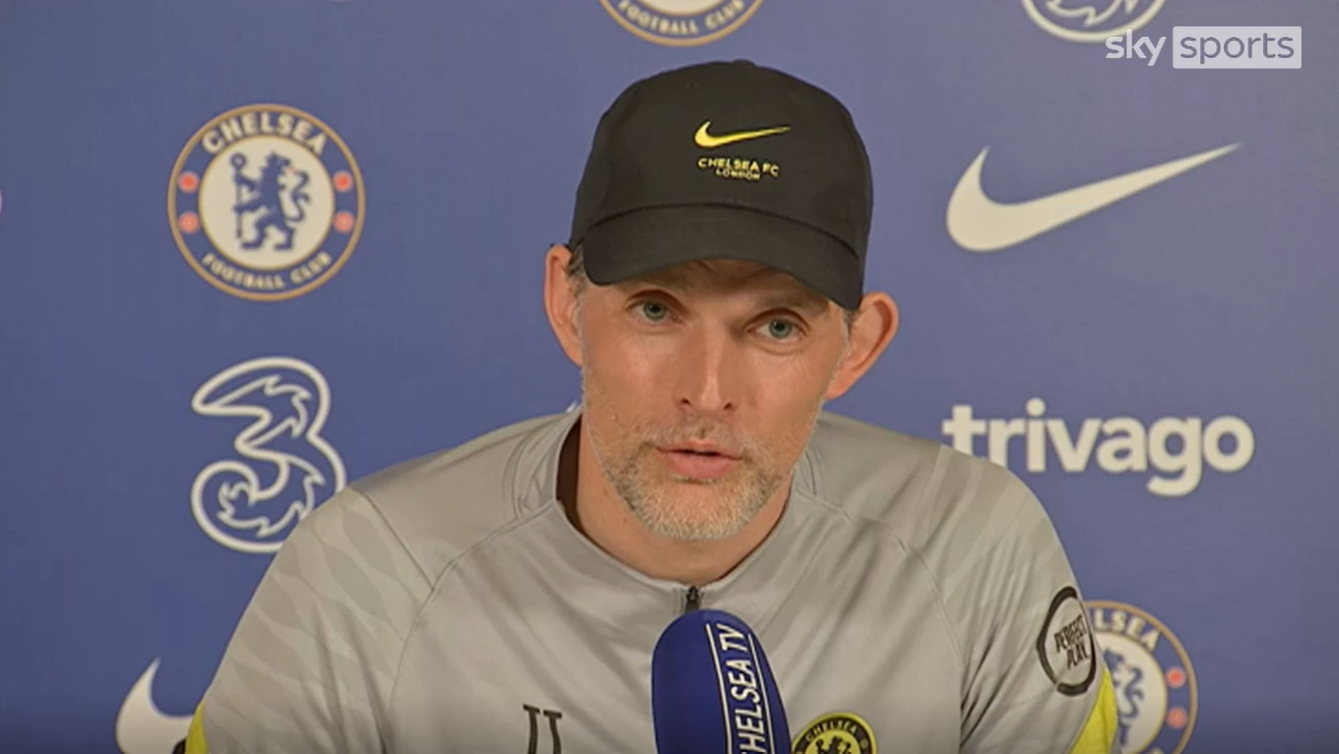 Thomas Tuchel says he is a great admirer of Lewis Hamilton and Serena Williams after it emerged that the sporting legends were involved in Sir Michael Broughton’s bid to buy Chelsea.

Broughton’s offer is one of three being considered by Roman Abramovich, Stamford Bridge executives and the US bank Raine, which is overseeing the sale of the Premier League club.

Abramovich is selling Chelsea after becoming one of a number of Russian oligarchs to be sanctioned by the UK government as part of its response to Russia’s invasion of Ukraine.

Seven-time Formula One world champion Hamilton and 23-time Grand Slam winner Williams are understood to have pledged a relatively small amount of Broughton’s bid of more than £200m.

Reacting to the takeover update at his pre-match press conference on Friday, Chelsea manager Tuchel said: ‘I just heard it. I just got a briefing and heard that they are a part of it.

‘I can’t tell you much more than that but I am a big admirer of both of them. They are fantastic sports personalities on the court, on the track, and off.

‘They take responsibility as people and are outstanding sports figures in what they do, for which they have our biggest and my biggest respect.

‘I have absolutely no insight into [what happens next] and what role they play so I would like to not comment too much.’

Arsenal fan Hamilton confirmed he was keen to invest in Chelsea earlier this week, telling reporters: ‘When I heard about this I thought, “Wow”. This is one of the greatest opportunities to be a part.

‘This is a team that is all about the community. That’s what really makes a football team, it’s the people in and around it. They’ve been leading in their work in D&I [diversity and inclusion] and becoming more diverse and progressive.

‘So, it’s not that we associate ourselves with previous owners. Our goal is to continue some of the work that they’ve already done and have even more of an impact and engage more with the community.

‘You’ve seen that in that sport, there is still a lot of work to be done to be more diverse, and more inclusive. It’s an amazing platform to bring in and educate a lot of the amazing fans that are out there.

‘And there’s some amazing talent within the team already that have really stood up against discrimination and worked very closely with the organisation to move forward. I think the fans of Chelsea, the community, are heavily invested in that also. So that’s important.’