Roman Abramovich is set to back Thomas Tuchel with at least one star signing, and “maybe two or three”, after the Chelsea manager’s Champions League victory triggered a clause that will extend his contract until 2024.

Tuchel met the club owner for just the second time on Sunday morning – having met him for the first time in the moment of victory on the Porto pitch – and naturally had a very positive discussion.

As they talked about the next steps, Tuchel stressed the need to keep an edge about the squad with new signings.

It is known Chelsea want a striker, preferably one of Romelu Lukaku, Harry Kane or Erling Haaland.

An emotional Tuchel was too taken away with the celebrations to recall the fine details on Saturday evening, but said his personal manager had stated that the victory had indeed activated a clause.

“I think that I have a clause that makes my contract a bit longer if I win the league or the Champions League. I’m not 100 per cent sure, but my manager said it some weeks ago, but I didn’t check,” Tuchel revealed. “I said ‘well let’s talk when it’s really the case’.

“We all know that even if we have a longer contract, there are no doubts I want to stay and it’s even not the most important thing.

“If I have a one-year contract I will work in the same way like if I have a three or four year contract. It will not change so much because I demand a lot from myself and it will not affect my input and my energy.

“I’m very happy to be here, it’s a fantastic beginning and we go now for the next one.

“This is now the challenge. It’s like a similar deal with Tom Brady when they ask him what is his favourite win and he says ‘the next one’.

“So this is now the thing, we have a Premier League to play from day one. We will be seen a bit differently as Champions League winners and this is where we have to step up.

“If we really want to build something, I’m all in, I can tell you.” 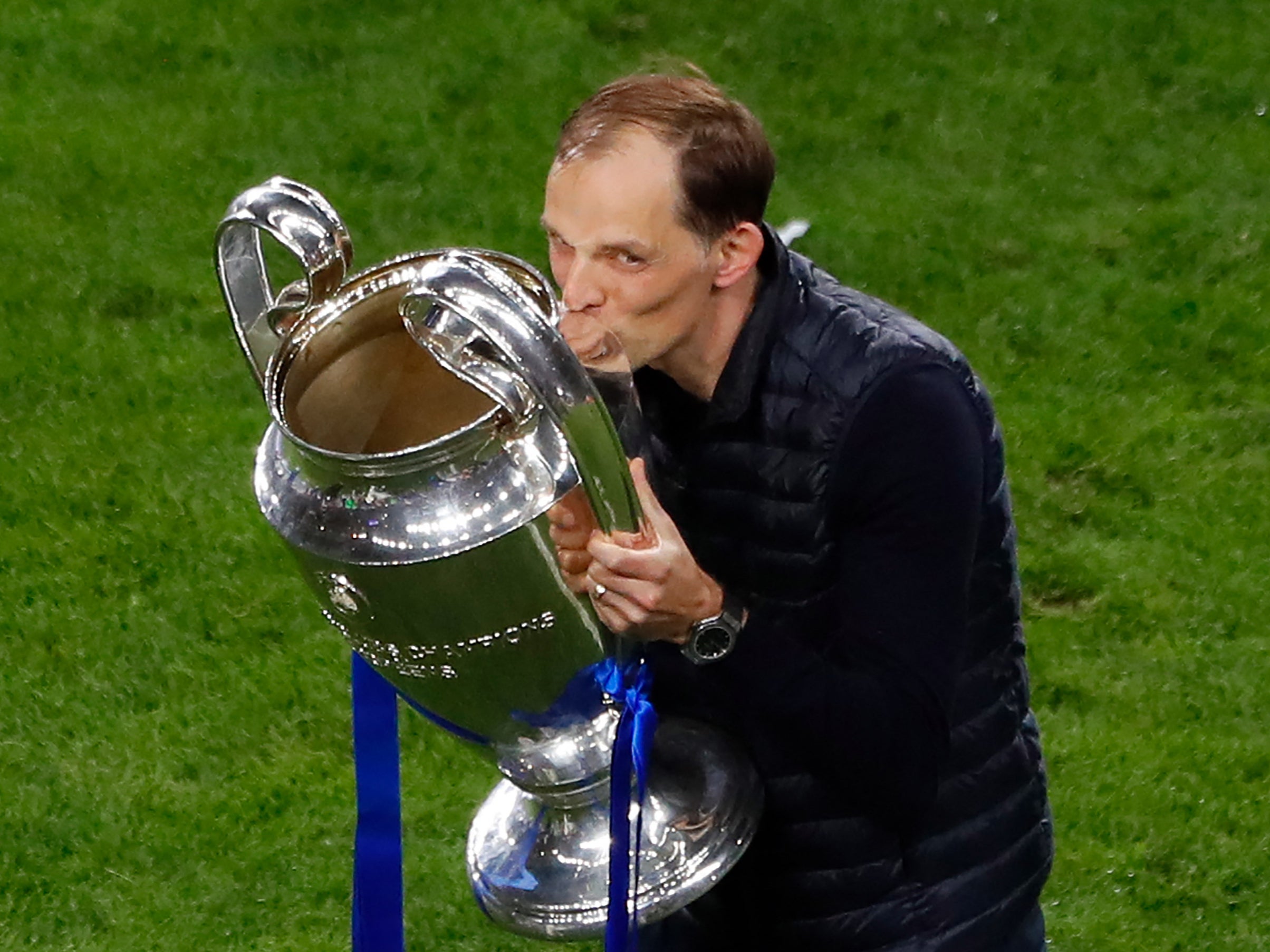 That ambition will please Abramovich, as Tuchel confirmed Saturday was the first time he’d met the Chelsea owner in person.

“No I just met him today, right now on the pitch and he said, ‘hey, let’s talk tomorrow [Sunday]’, so we will talk tomorrow,” Tuchel revealed late on Saturday night.

That discussion involved potential signings, as Tuchel explained why he thought they were needed, and in what areas.

“Two or three could be very, very good. It’s a constant thing to never deny also change,” Tuchel added. “That you always bring new energy, new guys who question the old beliefs, who challenge everybody in the training and in matches, so I think it’s a good thing.

“We don’t need another seven and another complete turnover because it’s also our job to keep on improving because we have still a young squad and it’s now about stealing from them the chance to prove it again that they are capable of growing and evolving.

“But we have some ideas, of course, to make the group stronger and I think this can always be a positive thing to challenge all of us.” 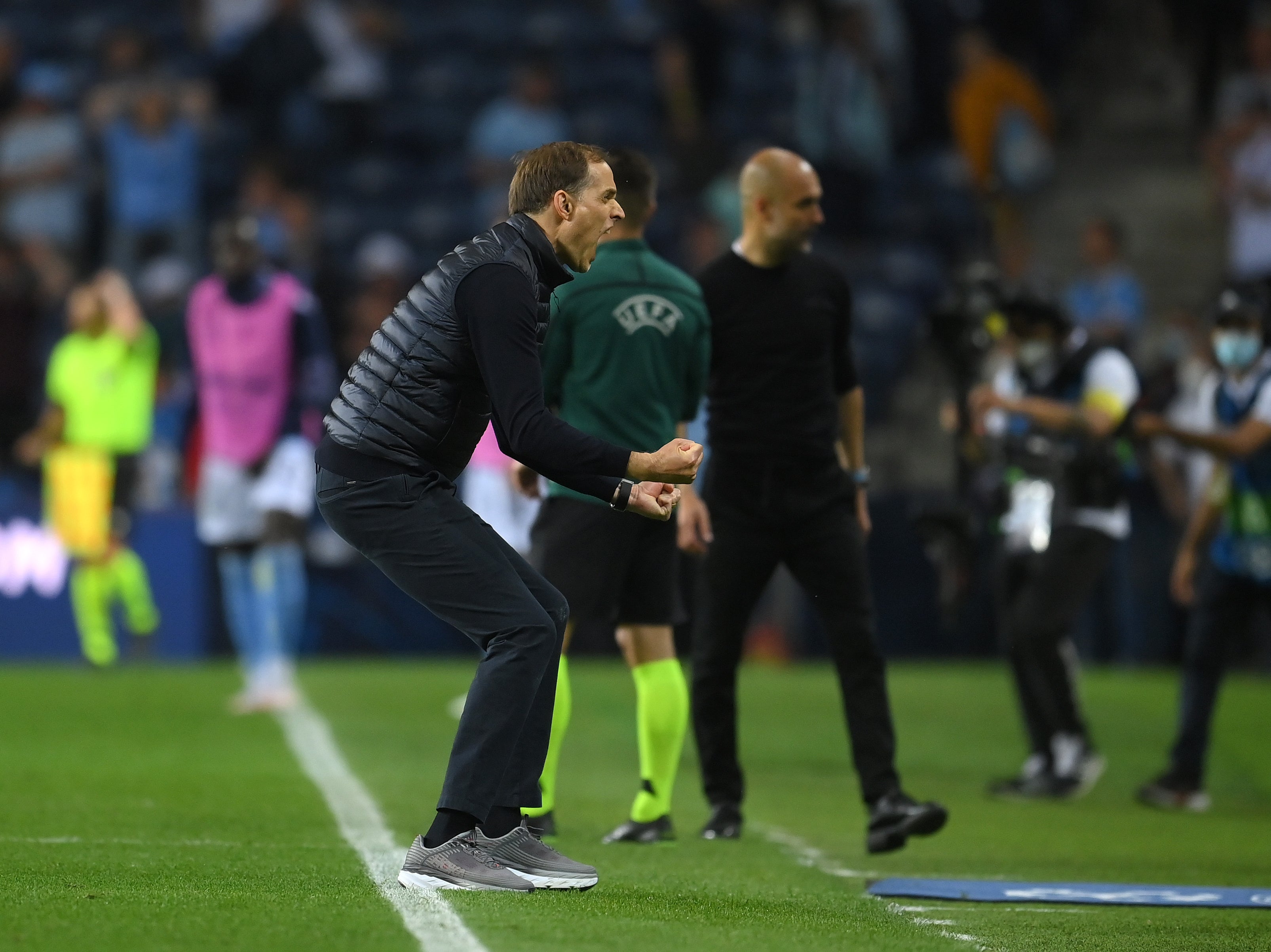 Thomas Tuchel reacts after victory in the Champions League final

As if to confirm how “all in” he is, Tuchel said he and his family will move into a new house in July. The manager has been living in a hotel during his first months at Chelsea.

“We will get a house in the middle of July,” Tuchel confirmed. “So when I come this is almost ready when we restart and then we go to Dublin I think for a training camp and after that I will move into a house.

“And my family will come over in August and, of course, this is a huge part. Yeah it felt like also sacrifice, it was in some ways also good to have the full concentration and the full focus during this crazy time with corona and Brexit, and kids in school, that we don’t have to balance everything. But it was a lot for also them and now to have them on the pitch felt like a big reward.”