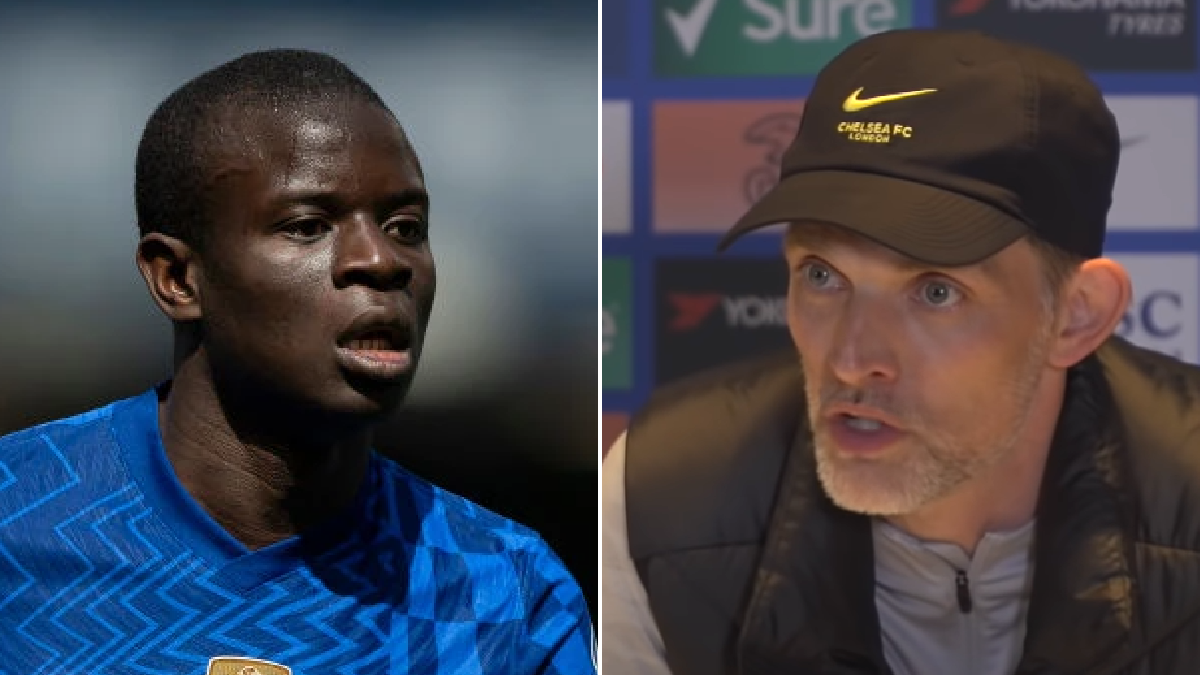 Thomas Tuchel believes Chelsea have achieved a ‘miracle’ by finishing third in the Premier League this season given how often they have been forced to cope without the services of N’Golo Kante.

The influential midfielder has struggled with injuries throughout the course of a frustrating personal campaign, during which he has missed around 40% of his side’s matches.

Kante returned to the starting line-up last night during a 1-1 draw with his former team Leicester City at Stamford Bridge and delivered a typically polished performance at the heart of Chelsea’s midfield engine room.

The France international has been linked with a shock move to Manchester United this summer but Tuchel insists the 31-year-old remains indispensable, even if he has found it hard to find solutions in the absence of his talismanic midfielder.

‘He plays only 40% of the games then it is maybe a miracle that we arrive in third place. He is our Mo Salah, he is our Van Dijk, he is our De Bruyne. He is simply that player, he is our Neymar and Kylian Mbappe.

‘He is that guy who makes the difference, and if you only have him for 40%, then it is a huge problem.

Given that percentage, it is maybe a miracle that he produces results. It puts everything into perspective as I saw Liverpool without Van Dijk last season, and they struggled heavily. You see the difference. N’Golo is our key player, and we need him on the pitch.’

Asked whether there was a solution to solving Kante’s repeated injury woes, Tuchel added: ‘It’s hard to live with. It’s important for him to be there and to have the rhythm. I think he played ok, but he can play so much better.

‘But when was his last game he started? It was weeks ago. So he constantly starts getting rhythm, but once he has that, comes a little injury, and he’s out again.

‘Last year, in the last five matches of the Champions League, he got the [man-of-the-match] trophy. I mean, they almost handed him the trophy before the match. It was like this. This guy who gets man of the match in every Champions League game, he is only here for 40-something per cent of the matches. This is huge for us.

‘We do everything to solve it. Of course, he as well. I don’t blame him, it is just a concern and a fact that we miss him a lot because he brings something that is unique in world football, and he has that ability to lift everybody up and make that difference. This is the challenge for him and for us.’