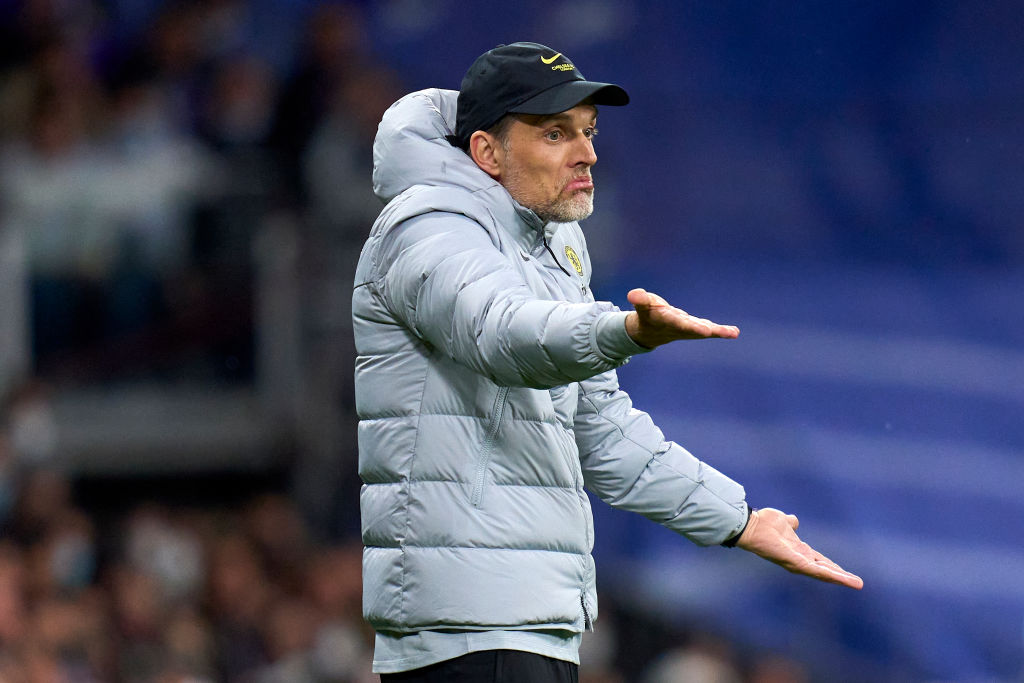 Chelsea manager Thomas Tuchel took aim at the Stamford Bridge pitch after the 4-2 defeat to Arsenal on Wednesday, saying it is ‘very, very difficult’ for his team to play on.

The goal-fest in west London was somewhat unexpected but brilliant for the neutral as the Gunners stunned the Blues on their own turf.

Eddie Nketiah and Emile Smith Rowe twice gave Arsenal the lead in the first half, only for Timo Werner and Cesar Azpilicueta to cancel out both strikes before the break.

Nketiah struck again in the second stanza before a late Bukayo Saka penalty ended the scoring and completed a pretty miserable night for Tuchel and his side.

The German was in a very spiky mood in his post-match interviews and the Chelsea ground staff could be in line for some stern words after the boss slated the pitch at his home ground.

Nketiah’s first goal came from a defensive howler from Andreas Christensen which allowed the Arsenal man through on goal, and Tuchel reckons it was the pitch’s fault.

‘To say that the pitch is difficult to play here is maybe sounds like an excuse but it is a very, very difficult pitch that we have here,’ Tuchel told reporters.

‘It is not to our favour. The ball bounces very, very awkwardly in front of Andreas [Christensen] when he wants to play this ball.

Arsenal take the lead against Chelsea through Eddie Nketiah. pic.twitter.com/WSxdP3oPmr

‘But still, we had the same mistake against Real Madrid that cost us the Champions League next round, this one cost us the next match, I cannot remember when we got a goal like this.’

Chelsea remain third in the table despite defeat while Arsenal stay fifth, although crucially they are now level on points with Tottenham in fourth, only behind on goal difference.

With a trip to Spurs to come, their hopes of getting a Champions League spot are in their own hands.