‘Of course I’m worried about the top four’: Livid Thomas Tuchel warns his Chelsea players that they could miss out on qualifying for the Champions League following defeat to Everton

Chelsea have taken four points from the last four matches, conceding seven goals in the process, and their performance at Goodison Park showcased all the shortcomings in their squad – not being able to score and not being able to keep a clean sheet.

Tuchel said he left Romelu Lukaku, his £97m striker, on the bench because an injury to Jorginho in the first half limited his options. The head coach was also exasperated with the performance of referee Kevin Friend and questioned why some of Everton’s intense play went unpunished. 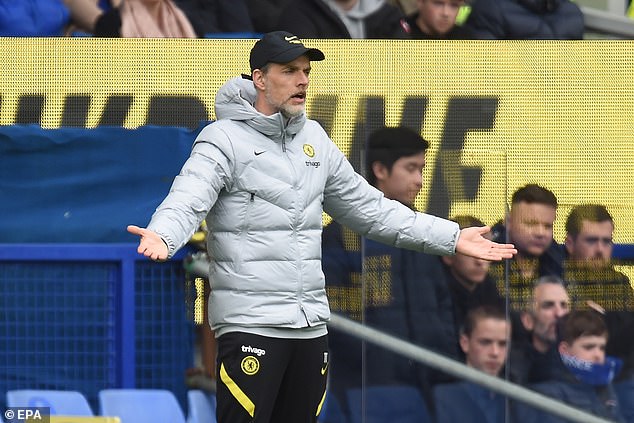 But Tuchel was also at pains to make it clear that he was most disappointed with the way Chelsea performed, their hotchpotch efforts characterised by Cesar Azplicueta making a rare error to gift Richarlison the game’s only goal.

With Tottenham and Arsenal both applying pressure in the race for the top four, he is adamant they much work to do – and any further dropping of standards will leave them vulnerable to a late attack from behind.

‘I’m very disappointed,’ he said. ‘We knew what was coming (from Everton) and like in the last matches we struggled to have clean sheets. Of course, I’m worried about the top four. I never feel safe. Four points in four games will never be enough, no matter what race we are in. 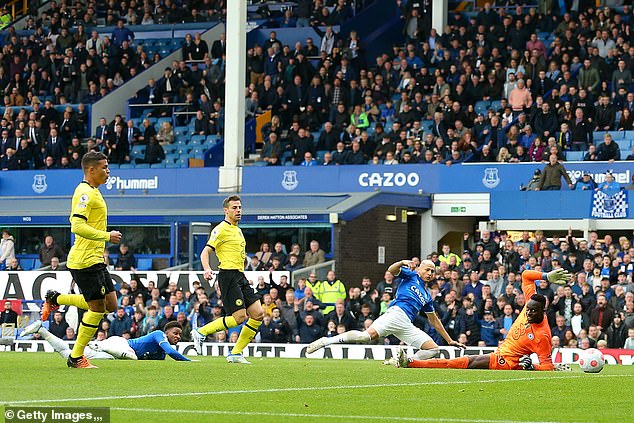 ‘What can I do (with individual mistakes)? The ball is free, we give a goal away it is the worst thing that can happen to you in this atmosphere. It happens too often. We struggle to play without big mistakes and it is why we struggle to have results.

‘If there is something I can do I will try it but if I knew about it I would have done it before. For me the key is to have a clean sheet. Manchester United (1-1, last Thursday) was a different game more open fluid; we finally scored late and conceded straight away.

‘This was more like the game against West Ham and we had a clean sheet and played without any big mistake and that gives us the chance to score late. If you install emotion and belief in a stadium like this, you struggle.’ 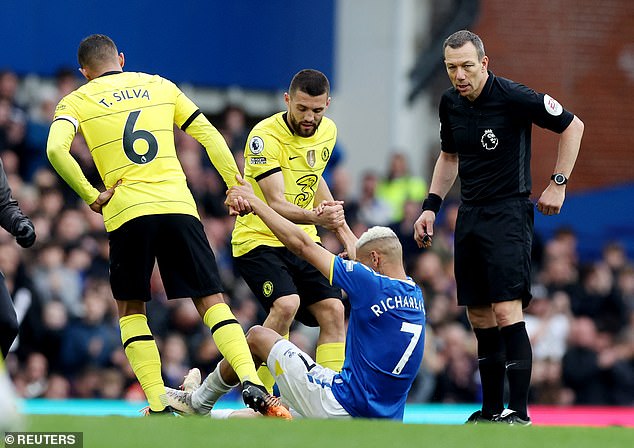 Evertonains set off fireworks outside Chelsea’s team hotel in the early hours of yesterday morning, in an attempt to disrupt the squad’s sleep. Tuchel insisted it ‘absolutely did not’ affect his preparations and he was more irked with match official Friend.

‘It would have been nice to have a referee in charge,’ he said. ‘They got away with a lot, I was not too happy with it. But that’s what we faced and that’s why it was absolutely important not to make any bad mistakes and install belief in them.’