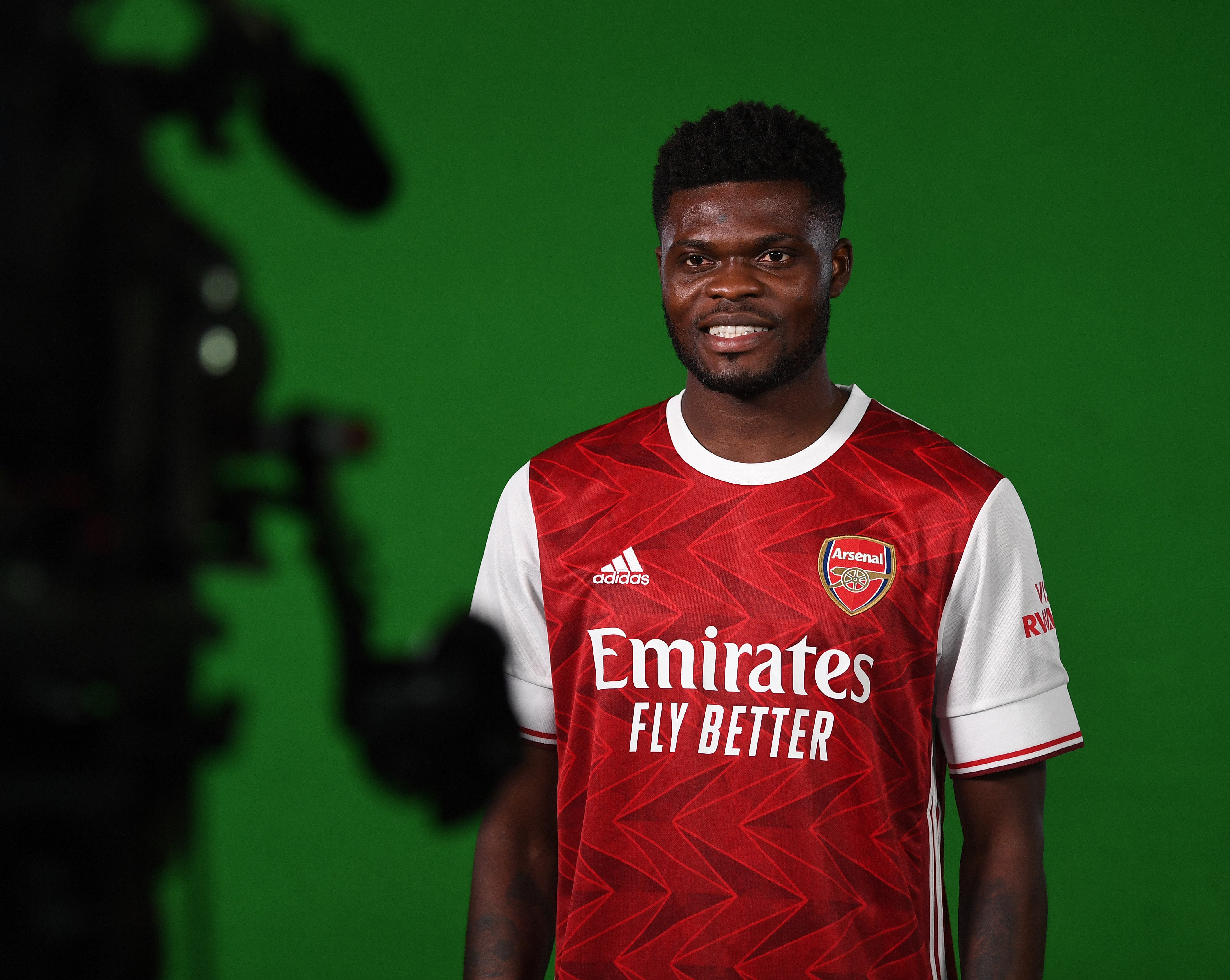 Partey could make his Arsenal debut in Saturday’s Premier League trip to Manchester City but, while he is excited by the challenge of the Premier League, he admits he needs to adjust to a new league and new team.

Asked about the prospect of facing Pep Guardiola’s side on his debut, he added: “Well, it’s the decision of Mikel.

“I just arrived. For me, I’m prepared but I need to get used to the style of play before I can play.

“I like to play in the big matches, but it all depends on the coach and whether he wants me to play on Saturday or not.

“It depends on him. I need to get used to the squad and then train with the squad before we can see what we will happen.

“I think there is no pressure on me. I like to challenge myself, I like new challenges and it’s all about learning fast, learning quickly how it goes and you just get used to it and everything works.”

Partey also explained his decision to have Thomas on the back of his shirt rather than Partey was a tribute to his parents’ religious belief.

But he may yet end up retaining the moniker ‘Octopus’ – which was bestowed upon him during his time on loan at Almeria.

“I remember when I was in Almeria they called me the octopus because I stole a lot of balls (with his long legs).”