Home » Soccer » 'This is wrong!' – Man City fans fume after Joao Cancelo switches to No.7 shirt 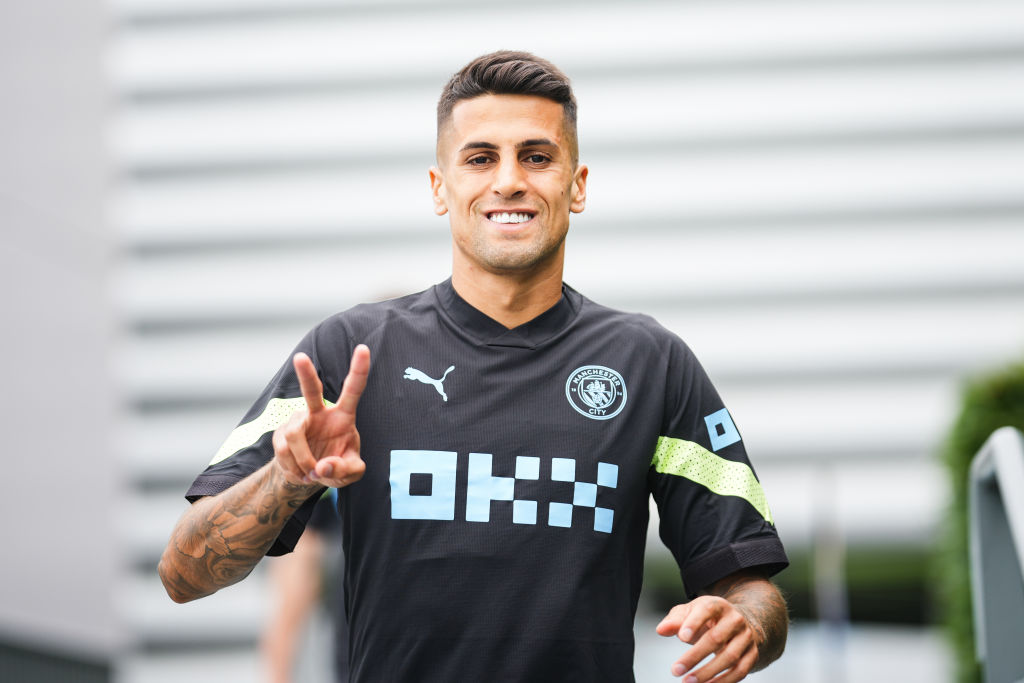 Manchester City fans have been left furious after it was revealed that Joao Cancelo would be taking the No.7 shirt from next season.

The prized squad number became available following the departure of Raheem Sterling to Chelsea, and it was expected that an attacking player like Kevin De Bruyne, Phil Foden or Julian Alvarez would inherit it.

However, it is full-back Cancelo who will wear seven on his back now, switching from the No.27 he had worn since he first joined City in 2019.

The Portugese international has previously worn the No.7 for Valencia and Inter Milan, and he explained his reasoning behind taking the number while on City’s pre-season tour of the USA.

‘This is a special number for me. It’s my mother’s birthday and it’s also her favourite number,’ Cancelo said.

‘I decided to choose this number because I think it brings me luck and I hope it brings luck to the team too, so this year we can win many titles.

‘I know it’s a number that comes with a lot of responsibility for what Sterling has done for the Club.’

Previous City players to wear the No.7 shirt include James Milner, Stephen Ireland and Robbie Fowler.

But the switch has not gone down well with many Citizens supporters, who took to Twitter to express their disbelief that a defender, even one as great and attack minded as Cancelo, was allowed to have the number.