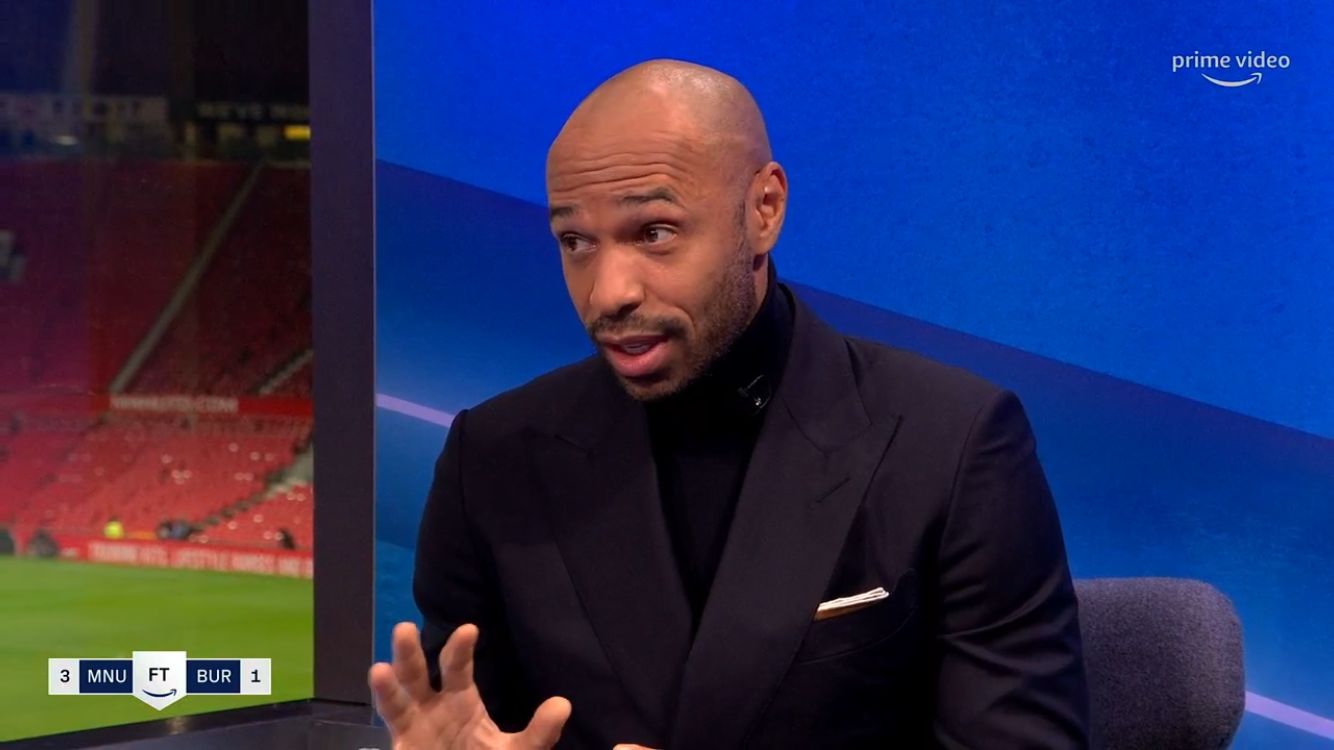 McTominay produced a Man of the Match performance on Thursday night as Ralf Rangnick’s side bounced back from Monday’s draw at Newcastle United with a routine win.

The Scotland international curled home United’s early opener from the edge of the box and the hosts doubled their lead midway through the first half thanks to a Ben Mee own goal.

Cristiano Ronaldo added a third for Manchester United and while Aaron Lennon got one back for Burnley before half-time, there was to be no second-half comeback as the Premier League giants clinched the three points.

‘The symbol of the night was McTominay,’ Arsenal legend Henry told Amazon Prime.

‘He responded really well. The energy, the desire, the commitment is what you want from a player of this club.

‘You’re always going to be compared to the players who came before. But what I like about him is his maturity, on the field and off the field.

‘He played really well but he’s also thinking about the team’s performance. He is maturing a lot as a leader in this squad.’

Belgium boss Roberto Martinez added: ‘He is all action, he makes the front four better. It’s important when you have creative players that you have other players who are willing to work.

‘He was always protecting his team-mates and then he was a threat in the final third. It was a beautiful, clinical strike. He was a constant influence. His performance was of the highest level.’

McTominay, meanwhile, insisted Manchester United must continue to adapt to Rangnick’s methods in 2022 after starring in the win over Burnley.

‘We need to do more and hopefully in 2022 we can do that,’ McTominay said. ‘It is about adapting to new methods.

‘If we are not running and competing in the first 15 minutes it is going to be difficult, no matter what the quality of our forward players.

‘An old cliche in football. We are going through a transitional period, we can’t look too far ahead in terms of ambitions and goals.

‘We want to enjoy football, there is too much negativity, and if you enjoy it you will end up playing well.’