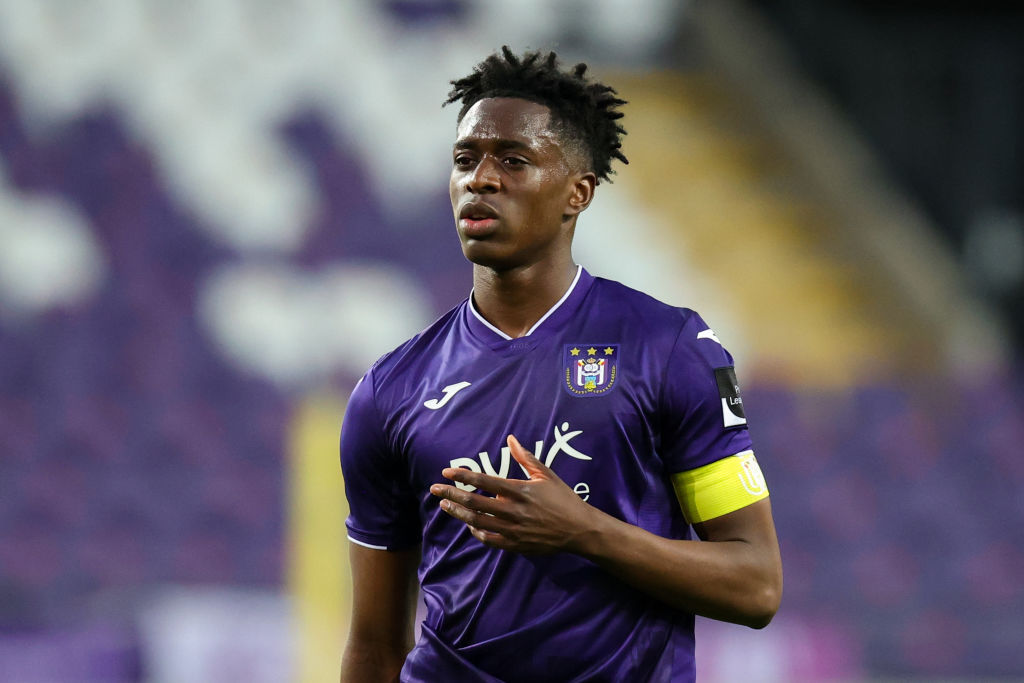 Thierry Henry has recommended the signing of Anderlecht midfielder Sambi Lokonga to Arsenal, according to reports in Belgium.

The 21-year-old is regarded as one of the brightest young prospects in Belgium after making his first-team breakthrough at Anderlecht and has already captained the team this season.

Arsenal, meanwhile, are in the market for a new central midfielder following the departure of Dani Ceballos and have made Brighton’s Yves Bissouma one of their top targets.

But according to Voetbal24, Arsenal also have Lokonga on their summer shortlist to bolster their defensive midfield options.

The report claims that Arsenal have been considering a move but Henry has now personally vouched for Lokonga in discussions with the Gunners’ hierarchy.

It’s understood that Anderlecht will demand a fee in the region of £17 million for the midfielder.

Lokonga has missed out on working alongside Henry with Belgium’s national team at the European Championship this summer as he has not made the senior squad.

But the midfielder has been named on Belgium’s reserve list.

Speaking last month, Mikel Arteta promised that Arsenal’s squad will be given an overhaul this summer.

‘There were already a lot of changes in December, something that has not been done in years, but it tells us where we were. Things are going to have to change and the owners are going to back it up.’