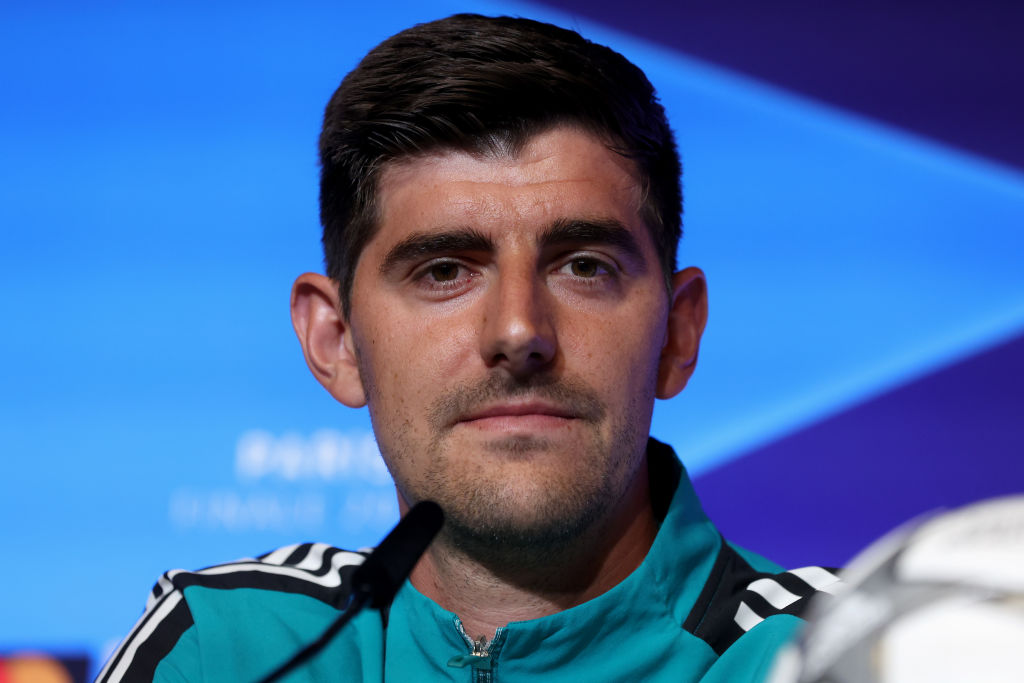 Thibaut Courtois has issued a warning to Liverpool ahead of the Champions League final by insisting: ‘When Real Madrid play a final, they win it.’

Since the European Cup became the Champions League in 1992, Real Madrid have won in all seven finals they have played and defeated Liverpool 3-1 in the 2018 showpiece event.

Courtois is aiming to win his first Champions League in Paris tomorrow night, having finished on the losing side in the 2014 final when Atletico Madrid were beaten by Real Madrid.

Speaking at the pre-final press conference, Courtois said: ‘They’ve already played one final against Madrid in 2018. It was different for me.

‘Real Madrid, when they play a final, they win it, and so now I’m on the right side of history.’

The Spanish giants appeared to be heading out at several stages in their three previous wins and Ancelotti believes the club’s history in Europe has helped propel them to an unlikely final.

‘We deserved to get to the final because of quality first: if you don’t have individual quality you won’t get to the final, but quality and talent isn’t enough,’ Ancelotti said.

‘You have to put it together, the quality of everyone together makes the team have commitment and we’ve had that.

‘Then the history of this club has pushed us in difficult moments, we deserve to get to the final but we have to deserve it tomorrow, there’s no other way.’

Liverpool boss Jurgen Klopp, meanwhile, has suggested Real Madrid should be viewed as favourites to win the Champions League.

‘I don’t know – I don’t have an easy answer. If you look at the history of the clubs and the way Real Madrid celebrate those comebacks then I would say it’s them because of the experience,’ the German manager said.

‘I want us to be on the same level in these kind of things. I want us to be completely ourselves in this game – if we are on the top of our game we are difficult to play.

‘My main concern is for us to be ourselves and be confident – I don’t know who is the favourite and I don’t really care.’