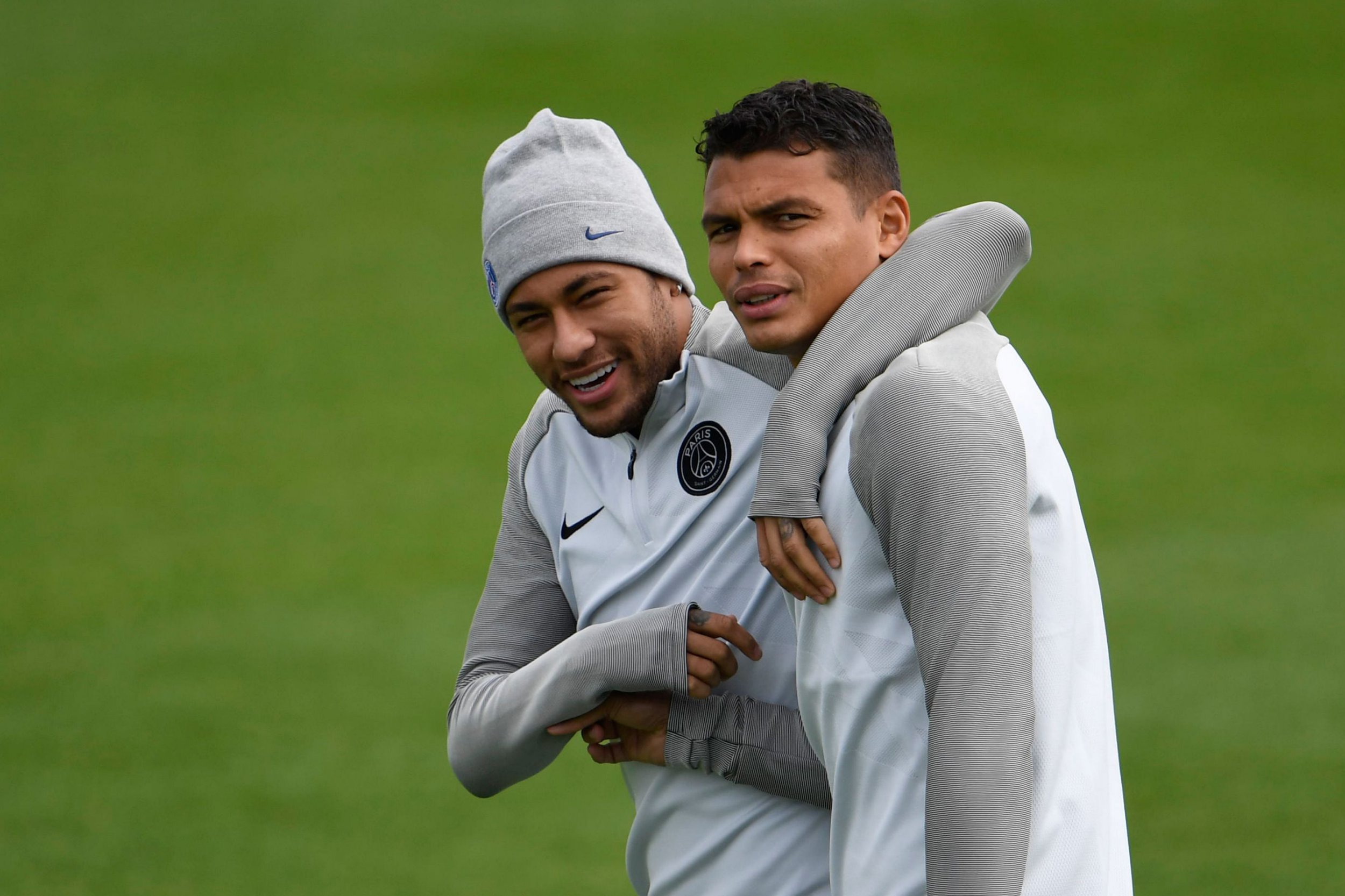 Thiago Silva has urged Neymar to join Chelsea this summer.

Neymar has just finished his fifth season at Paris Saint-Germain but was booed by the French club’s supporters in the wake of their Champions League exit last season.

Reports in Spain have claimed that PSG have already informed Neymar’s father and agent that they want him to leave the club this summer.

Potential destinations for Neymar appear to be limited and a return to Barcelona looks all but impossible due to their current financial situation.

But Thiago Silva, who has played alongside Neymar at PSG under current Chelsea manager Thomas Tuchel, says he is keen to see the 30-year-old make the move to Stamford Bridge.

When asked about Neymar’s situation at an event in Recife on Tuesday, Silva said: ‘You have to go to Chelsea.

‘If it happens, it will be for the best.

‘He needs no comments… so far, I don’t know anything, but I hope it comes to fruition.’

Last week, PSG’s president Nasser Al-Khelaifi appeared to send a series of messages to Neymar which indicated that the Brazil international had no future at the club.

‘Dreams are one thing, reality is another,’ Al-Khelaifi told Le Parisien.

‘Perhaps we should change our slogan… dream bigger is good, but today we must be realistic, we don’t want flashy, bling-bling anymore, it’s the end of the glitter.’

When asked directly about Neymar’s future in a separate interview with Marca, Al-Khelaifi refused to rule out the prospect of the forward leaving PSG.

‘We can’t talk about it in the media, some will come and some will go, but these are private negotiations,’ said PSG’s president.

‘We want young, talented, committed players with a winning mentality, people who want to die for this badge

‘We want to be stronger collectively, to play as a team and for the club to be above all.’