Manchester City break English record by sealing their FIFTEENTH straight win in an FA Cup victory over Swansea… but what are the numbers behind the run and how has Pep Guardiola done it?

Pep Guardiola has broken records in abundance since his arrival in England, and Manchester City were at in once more on Wednesday night.

The Premier League leaders made light work of Championship contenders Swansea as they cruised to a 3-1 win to seal their 15th successive victory.

In turn, City continued their phenomenal record in domestic competition by reaching the FA Cup quarter-finals, having already penned in a date with Tottenham for the Carabao Cup final in April.

They also set a new record for most consecutive wins – in all competitions – in English top-flight history.

Next for Guardiola’s men in the Premier League is Tottenham, who quite remarkably moved to the top of the table with a 2-0 victory over City in November, while the loss had the Citizens all the way down in 11th.

With City now top of the Premier League and going well both domestically and in Europe, there is an entirely different feel at the Etihad.

But just how have City achieved this incredible run? Sportsmail takes a look at the numbers below. 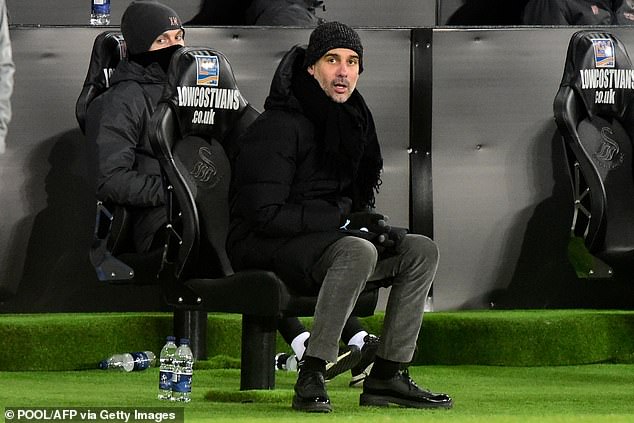 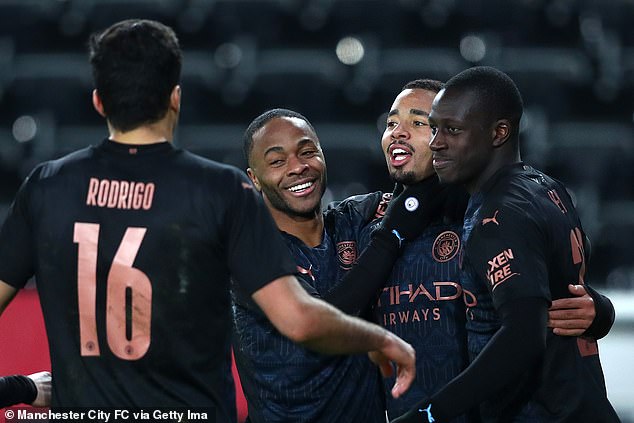 Prior to City’s quite phenomenal feat, the record for the most consecutive wins in English top-flight football was shared between Preston and Arsenal at 14.

You have to delve into the history books to find Preston’s impressive run, which they went on back in 1892.

Preston’s run consisted of 12 league wins and two FA Cup triumphs, though they were knocked out in the third round – which used to be the quarter-finals – by Nottingham Forrest, while they finished second in the First Division, with Sunderland taking the title.

Arsenal then matched the run in 1987 under the stewardship of George Graham, when they won 10 successive league matches and four in the League Cup.

Similarly to Preston, Arsenal did not win anything that season, though, as they finished sixth in the First Division and were beaten by Luton in the final of the League Cup.

While it has taken a further 29 years for the record to be broken, City might argue otherwise, as they actually went on a 20-match winning run back in 2017.

However, that wasn’t registered in the record books as it included a Carabao Cup penalty shoot-out win over Wolves, where the match, of course, ended as a draw after 90-minutes. 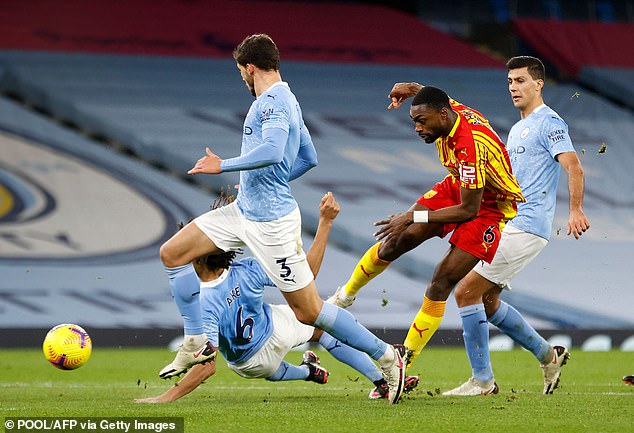 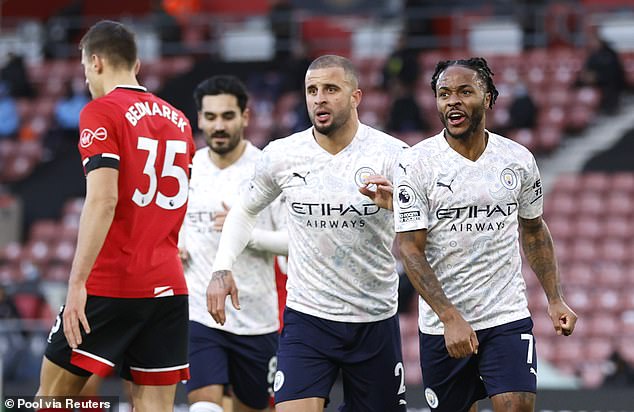 As prefaced above, Manchester City weren’t exactly flying at the start of the season.

In a truly bizarre campaign to date, it was Liverpool who liked likely to stroll to the title once early on, while Guardiola’s side were seemingly uncharacteristically vulnerable.

Largely thanks to the formidable partnership of new recruit Ruben Dias and a resurgent John Stones, that has now changed, with City boasting an almost impenetrable defence of late.

As we approach the midway point of February, it seems remarkable that it was in back in mid-December that City’s run began.

Perhaps more astonishingly, it started following a tepid 1-1 home draw with West Brom, with Ruben Dias – of all people – handing the Baggies an equaliser by courtesy of an own goal.

City won their following game 1-0 away at Southampton – and that’s where it all began.

Manchester City: The stats before the run

City before the run

Before we dive into the finer details of City’s record-breaking run, it’s important to first analyse how Guardiola’s side were faring beforehand.

Starting with their league position, City sat sixth in the table following their 1-1 draw with West Brom, with 20 points from their opening 12 games.

They were closer to Newcastle – who sat in 13th place on 17 points and with a game in hand – than they were to Tottenham at the top of the table on 25 points.

City may have had the joint-best defensive record with 12 goals conceded in 12 games, but they had scored just 18 goals at the time.

It must be noted that City were proving much more assured in cup competition, having strolled to the top of their Champions League group with five wins and a draw from six, scoring 13 goals and conceding just one.

City had also brushed aside both Bournemouth and Burnley in the Carabao Cup third and fourth rounds with an aggregate score of 4-1.

City after the run

Now it’s time to look directly at City’s incredible run and break down the numbers in full.

In that time, City have conceded just five goals and kept 10 clean sheets, while significantly bolstering their scoring stats with a whopping 40 goals in 15 matches.

Their league position has also changed, of course, as they now sit five points clear at the top of the Premier League table with a game in hand, while Tottenham and Liverpool – who were joint-top at the start of City’s run – are now eighth and fourth respectively.

City have secured a maximum of 30 points in 10 league games, scoring 25 goals and conceding just two.

Their aggregate score throughout this period in all competitions is 40-4.

We can now delve into City’s run further, and look at the performances from individual players. 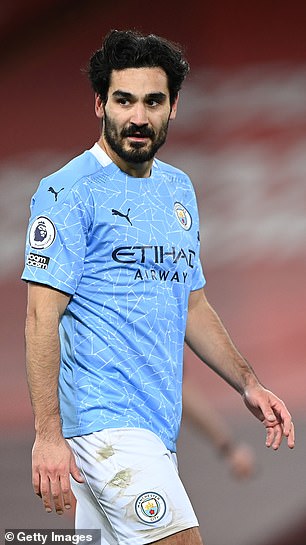 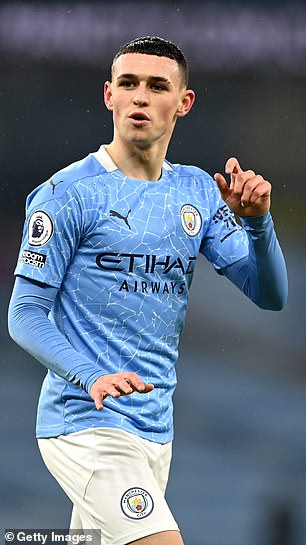 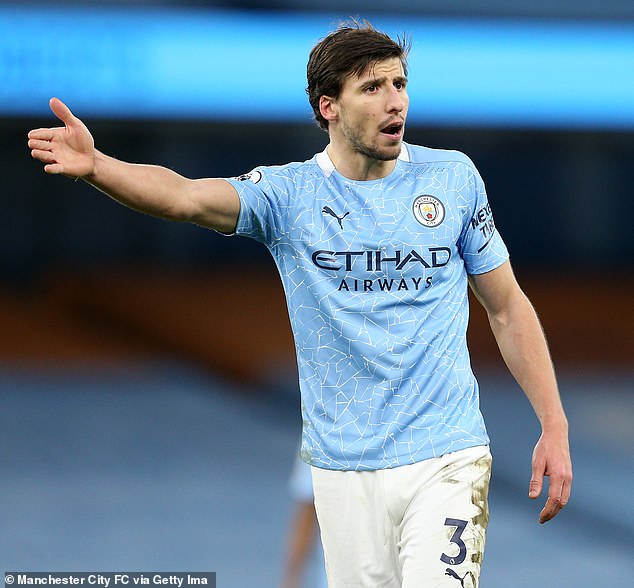 Looking at the individual stats above, there are three names that immediately jump out.

They are Ruben Dias, Ilkay Gundogan and Phil Foden. City have relied on both Sergio Aguero and Kevin De Bruyne in recent years, but with both suffering with injury problems, the dynamic trio have really stood up.

Gundogan is City’s top scorer in their 15-game run with eight goals, while Foden is just behind with six.

Foden is also second in terms of assists with three, while he has also created the most chances with 28.

However, one name does stand above the rest, and that’s Dias.

The defender, who City signed for £65million this summer, has made the most appearances in this period, played the most minutes and made the most successful passes and interceptions.

His partnership with John Stones is mightily impressive, and you’d think the latter will be in Gareth Southgate’s England squad this summer as a result.

Not only can we look at where Manchester City were in the table prior to their winning run, we can also make direct comparisons from their current streak to their previous 15 games.

Though much of City’s success of late has been accredited to their defensive capabilities, when looking at the stats it is actually their improvement up front that has made the pertinent impact.

City have conceded five goals during their winning run, just one more than in their previous 15 matches. Perhaps most surprising is that their expected goals conceded throughout this spell is higher at 8.04 than it was beforehand at 7.07.

In both spells, City kept 10 clean sheets, while they have, in fact, faced more shots (and more on target) throughout their winning run.

Analysing the attacking stats, it’s clear City have become far more clinical of late – which is surprising as neither Aguero or Gabriel Jesus have featured much, with the former mustering just five league appearances all season.

Though City’s shot count has decreased, their expected goals has risen from 27.71 to 32.87, which shows they are carving out significantly better chances.

Notable victories on the way

Not only have City broken a long-standing record, they’ve done in it style with a number of emphatic results on the way.

Going back to December 22, a week after the run began, City demolished Arsenal at the Etihad 4-1 to reach the semi-final of the Carabao Cup, a competition the Citizens have won three years in a row.

City maintained their form throughout a jam-packed January, in which they played nine games.

Guardiola’s side secured an impressive 3-1 win against Chelsea at Stamford Bridge, before reaching the Carabao Cup final with a 2-0 victory over Manchester United at Old Trafford in the following game.

The fixtures have continued to come thick and fast in February, and in one of the most telling matches of the season, City demolished Liverpool 4-1 at Anfield to give themselves breathing room at the top of the Premier League table. 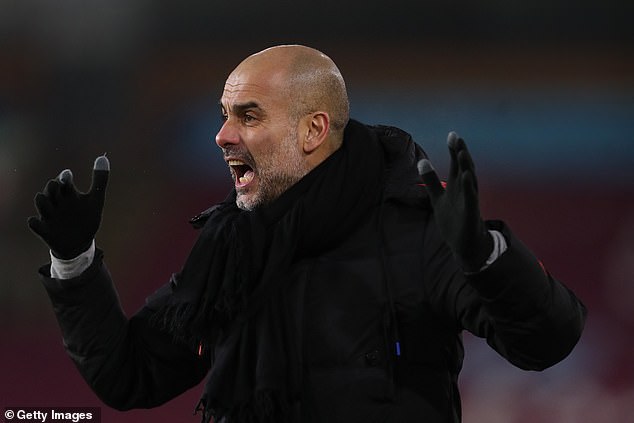 Not only did Manchester City make history with their record-breaking 15th win on the bounce on Wednesday, Pep Guardiola also recorded his 200th victory for the Citizens.

After taking charge back in 2016, Guardiola has proved himself as one of the best coaches of all-time, certainly one of the Premier League greats.

City have scored 659 goals in that time and picked up two Premier League titles, one FA Cup and three Carabao Cups.

All that alludes the Guardiola now is the Champions League.

What did Pep Guardiola have to say?

Though Guardiola acknowledged the achievement was a symbol of City’s consistency over perhaps the most difficult period of the Premier League calendar, the Spaniard insisted more is to come.

City are five points clear at the Premier League summit and with a game in hand, but the season is long, and Guardiola’s side are a perfect example of just how quick things can change.

Speaking in his post-match press conference, Guardiola said: ‘It shows how special these players are and we’re thinking about the next one.

‘Now [the record] belongs to us and this record will be broken for sure because the sport is like this.

‘But it means a lot, in this period, the toughest period – the Christmas time, the wintertime, to do what we have done so far is quite remarkable.

‘But the important thing is the way we’re still playing and our consistency. Now thinking of the next ones. We have an incredibly tough week ahead of us and we’re going to approach it game by game.’