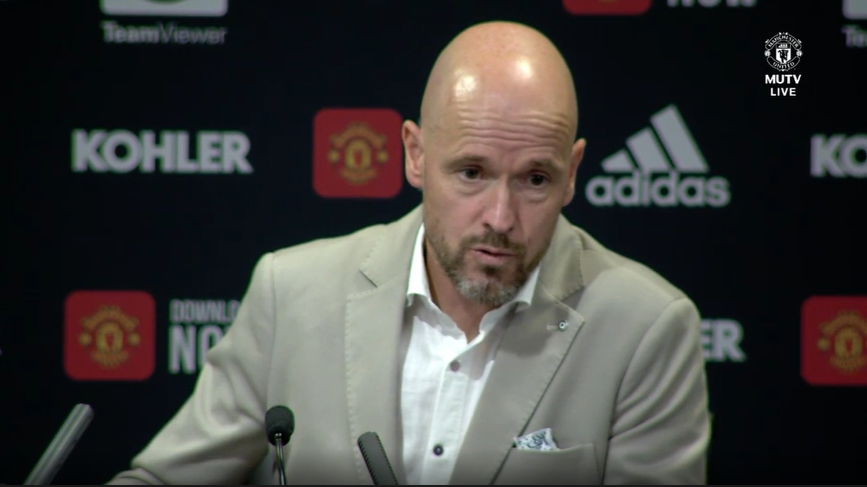 Erik ten Hag believes Manchester United can end Liverpool and Manchester City’s dominance in the Premier League while Jurgen Klopp and Pep Guardiola are still in the division.

City won their fourth Premier League title in five seasons on Sunday as their 3-2 comeback victory over Aston Villa ensured they finished a point ahead of Liverpool.

United, meanwhile, ended their miserable season with a 1-0 defeat to Crystal Palace and finished 35 points behind champions City.

Many believe City and Liverpool will continue to lead the way in the Premier League while Guardiola and Klopp remain in charge.

But Ten Hag is confident that United can overtake the two Premier League frontrunners before their two managers move on.

‘In this moment I admire them, I admire them both,’ Ten Hag said of City and Liverpool in his first United press conference on Monday.

‘But you will always see an era can come to an end, and I’m looking forward to better them and I’m sure all the other clubs in the Premier League will want to do that.’

Asked if he thinks City and Liverpool’s dominance can end before Guardiola and Klopp leave the Premier League, Ten Hag replied: ‘I think it can, yes.’

When asked about how long United would need before they can challenge for the title Ten Hag said: ‘I don’t think about that at this moment.

‘I’m thinking that this is a project and it takes time. We want to win every game. We go from game to game and then we’ll see.’