Erik ten Hag has warned Harry Maguire that his decision to keep the England defender as Manchester United captain does not guarantee him a first-team place at Old Trafford.

Ten Hag has given Maguire a vote of confidence by letting him hold onto the armband, even though the 29-year-old struggled for form last season.

‘Harry is really impressive and I expect a lot from him,’ said Ten Hag. ‘I always see the captaincy as an issue that I dictate. 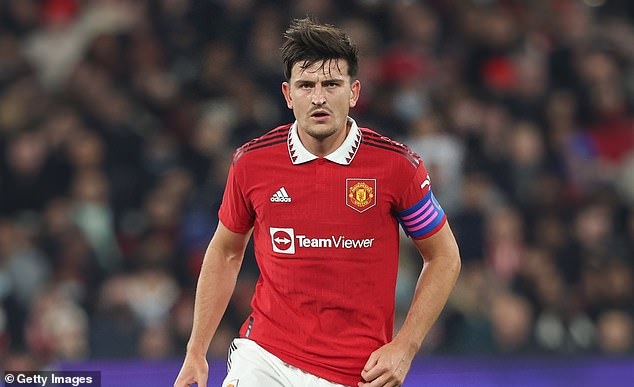 ‘The team building for me is an important point and I always talk about a group of leaders. The captain is a really important one and I’m happy with him.’

However, Lisandro Martinez’s £55.3million move to United from Ajax will put more pressure on Maguire, with Raphael Varane and Victor Lindelof providing even more competition for places in central defence.

‘We have good centre-halves and Harry is one of them,’ added Ten Hag. ‘He can play on the left side and on the right because he is right-footed. 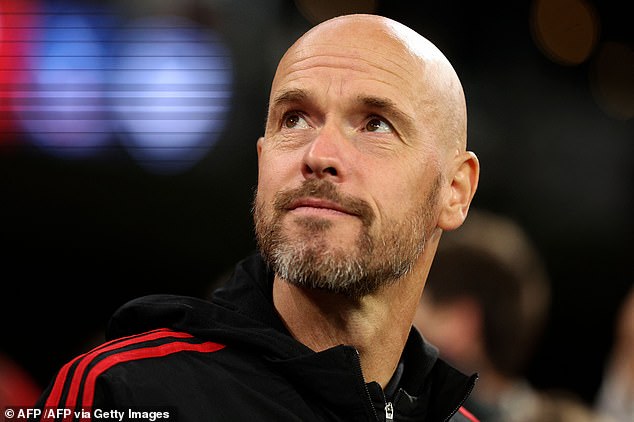 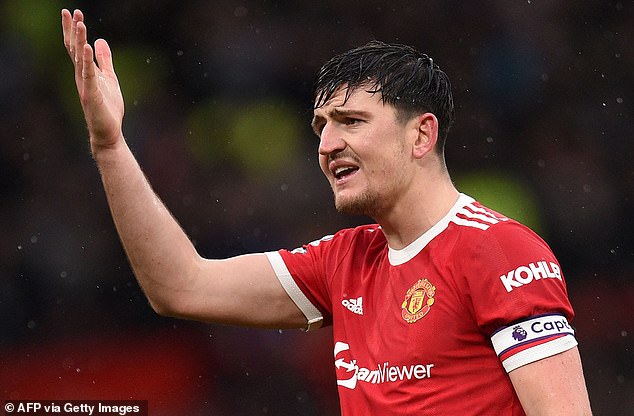 ‘But there is also internal competition and that is what a club like Man United needs. You cannot win with 11 players. We need a squad, especially this season with so many games.

‘I think he is (a first-choice player). He’s proved it in the past but he has also to prove it in the present and in the future. I will support him everywhere I can. In the end, he has to do it by himself, and he has the qualities to do it.’

At 5ft 9in, Martinez is small for a centre-back, particularly one coming to English football for the first time. 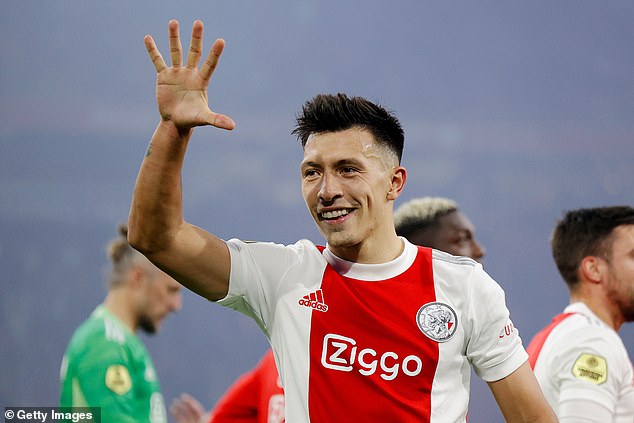 But Ten Hag said: ‘I think he’s not the tallest but he is quite good in the air. I feel comfortable with that. Of course, you need the right balance. He has good timing, that’s one of his capabilities.

‘He also brings a South American aggressiveness, control and spirit to the team. I think it will fit really good to Manchester United and the way we play.

‘I analysed United last year in the left part of the defence. He is left-footed and that is an advantage in possession and defending. We are bringing him in to not strengthen the squad, but the team.’