Erik ten Hag played a significant role in engineering James Garner’s departure from Manchester United, according to reports. The 21-year-old midfielder joined Everton in a £15.5million deal on transfer deadline day after head coach Ten Hag made his judgement on the starlet’s current ability, deciding he does not have enough to break into the first-team.

According to The Athletic, Ten Hag was the ‘key voice’ in allowing James Garner to leave. The Dutchman, having seen Garner in action during pre-season training and matches, ultimately decided that he was not at the level United needed for him to play regularly.

There were high hopes for Garner to become part of the fabric of Old Trafford under Ten Hag given the former Ajax boss’ tendency to bring through local talent and nurture them. He had caught the eye on loan at Nottingham Forest last season playing as a deep-lying playmaker in

But the central midfielder failed to make an appearance in their first five games of the season, despite playing three times in pre-season. So it was no surprise that when United received a permanent offer for his services, the club decided to sell this summer. 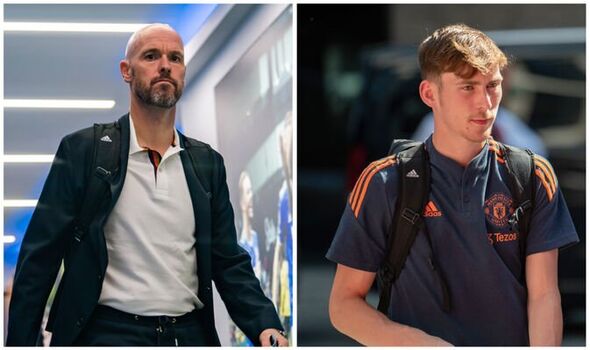 Ten Hag has overseen a spend of over £220m this summer, the highest in the club’s history, with the high-profile arrivals of Antony from Ajax and Casemiro, a five-time Champions League winner with Real Madrid.

If nothing else, it underlines how the club have fully invested in his vision for United, going back on their decision to appoint Ralf Rangnick as a consultant on transfers and giving Ten Hag more power, working with transfer chief John Murtough over targets this summer.

Ultimately, the 52-year-old felt that after signing a natural holding midfielder in Casemiro, it would be beneficial for Garner to leave permanently rather than allow the academy graduate to go on loan to another top-flight club, especially when there was no guarantee his value would increase. 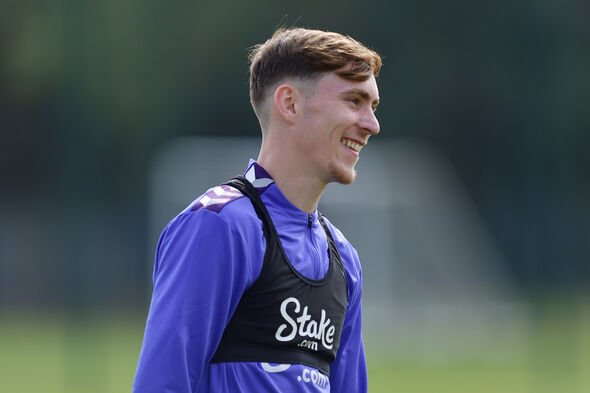 United banked a fee of £15.5m from Everton for Garner — their second-highest sale of the summer — and in comparison to some of their recent sales, including Andreas Pereira to Fulham for just £10m, it is viewed as a positive deal for the club.

As for the player, joining Everton gives him a chance to play regular first-team football, although competition for places in the midfield, with £38m signing Amadou Onana joining this summer, is rife at Goodison Park.

“I’m made up to sign for Everton. It’s a huge step in my career and I want to help the team get better while progressing as a player,” Garner told Everton’s TV channel. “I think Everton is the perfect place to do that. I can’t wait to get started.