Welcome to the second instalment of my new transfer column: Taylor’s Tuesday Transfers that will be dropping every Tuesday at 9am on Express Sport, all summer. Every week, I’ll be speaking to people within the game to try and find out what’s going on at your club and chasing the stories that you want to read more about – before publishing it all in one place. You can tweet me @RyanTaylorSport and keep posted with all the latest football and transfer news by following @DExpress_Sport…

Wout Weghorst remains an option for a host of Premier League clubs including Tottenham with Wolfsburg open to offers for their talismanic striker this summer.

The Dutchman, who came off the bench in Holland’s 2-0 defeat to Czech Republic at Euro 2020, is happy to stay with the Bundesliga club after helping them secure Champions League qualification last season.

Nonetheless, he has previously outlined his desire to test himself at the highest level and England remains of huge appeal.

A source close to the player previously told Express Sport that Weghorst was close to a Premier League move before the pandemic before the deal collapsed due to the financial implications of the crisis.

Now Wolfsburg managing director Jörg Schmadtke has confirmed he’ll consider offers for the 28-year-old, telling Kicker: “If an offer comes along that satisfies all sides, things can change.”

Tottenham’s new Technical Performance Director Steve Hitchen was believed to be keen on Weghorst last year before the club signed Carlos Vinicius on loan from Benfica.

However, Spurs are expected to move again for a striker who can act as deputy to Harry Kane after Tottenham decided not to take up their option to sign the Brazilian permanently. 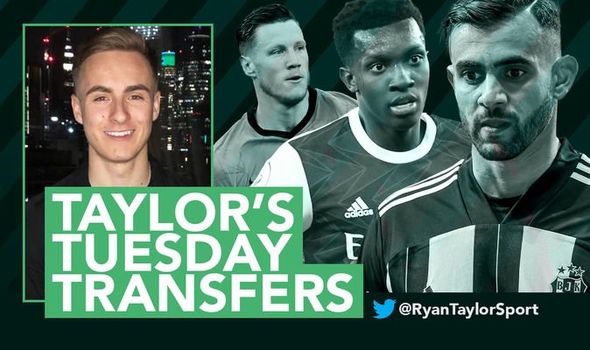 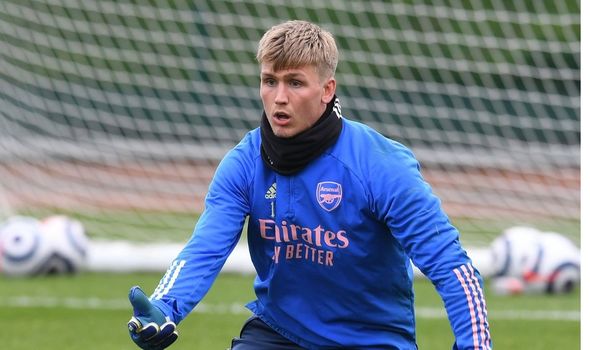 Arsenal’s goalkeeper set-up is expected to look very different come the start of next season.

As things stand, Bernd Leno is regarded as the club’s No 1 with Runar Alex Runarsson operating in support as his deputy following the end of Maty Ryan’s loan spell.

Yet the Icelandic international is now in talks to join Turkish Super Lig side Altay this summer and Arsenal will also entertain offers for Bernd Leno, who has just two years remaining on his contract.

The Gunners are expected to launch a formal bid for Sheffield United’s Aaron Ramsdale after Euro 2020 with Leno keen to embark on a new challenge, as he detailed in April.

Express Sport has learned that 19-year-old academy prospect Arthur Okonkwo is likely to step up and replace Runarsson and he is very highly rated behind the scenes at London Colney.

Crystal Palace are one of several clubs interested in signing Eddie Nketiah this summer.

The Eagles are also keen on Chelsea’s Conor Gallagher, however, new boss Patrick Vieira will have to sign off both deals in order for them to happen.

Chairman Steve Parish is keen to reduce the average age of the squad and wants Vieira to work on developing young players at Selhurst Park.

Nketiah is also being tracked by West Ham and Bayer Leverkusen while Chelsea’s plans for Gallagher remain unclear at this stage.

Arsenal are keen to offload the England Under-21 captain on a permanent deal. 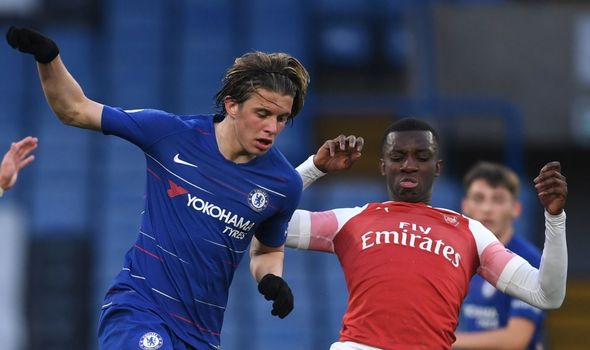 Truth behind Matheus Nunes and Everton

Matheus Nunes remains a player of interest to Everton but it’s clear their name is being used to drive up interest in the player.

Although speculation has dipped drastically in the past two weeks, Everton had found themselves consistently linked with the player on a daily basis in the Portuguese press, much like Manchester United and Bruno Fernandes in the summer of 2019 (one transfer window prior to his move to Old Trafford in January 2020).

There were even stories suggesting that a deal had been agreed and was therefore imminent. Express Sport understands has never been the case.

The Toffees are one of several clubs to have been offered Nunes by Jorge Mendes and while a move hasn’t been ruled out, the club were focusing efforts on the appointment of a new manager.

Ultimately, newly-appointed boss Rafael Benitez is now likely to have the final say on any potential incomings from here on in with Denzel Dumfries also an option.

PSV are not expecting him to report back for pre-season training on July 21 but Inter Milan are now believed to be ahead of Everton in the race for his signature as Mino Raiola attempts to secure his client a big move. 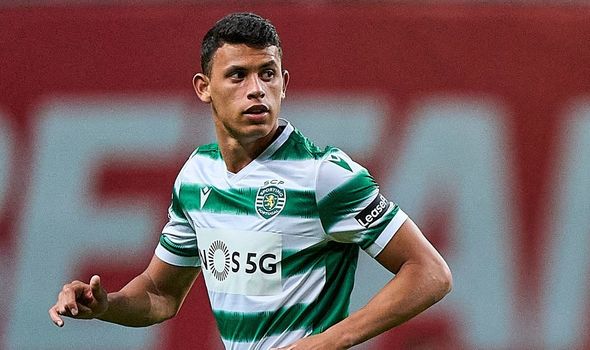 The 23-year-old Zambian recently saw his compatriot and club team-mate Patson Daka complete a £23million move to Leicester from Salzburg and now he could follow the striker to the Premier League.

Express Sport understands that the Seagulls informed Salzburg of their interest when finalising the sale of Bernardo to the Austrian club.

Borussia Dortmund and Borussia Monchengladbach are also believed to be keen with nothing advanced as of yet. 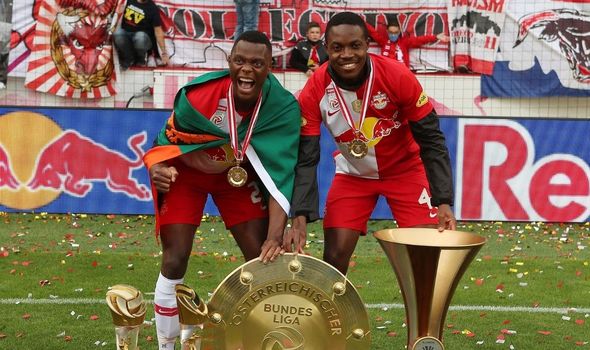 Leicester are hoping to recoup a fee in the region of £5million for winger Rachid Ghezzal, who is deemed surplus to requirements at the King Power Stadium.

The Algerian, who was signed by Claude Puel in August 2018 for an initial £10m, impressed on loan at Besiktas last season where he hit eight goals and registered 17 assists in the Turkish Super Lig.

Ghezzal has one year remaining on his Leicester contract and wants to make the move to Istanbul permanent after winning the Turkish double and qualifying for the Champions League.

However, Besiktas will not begin negotiations with Leicester until they have finalised an agreement with Ghezzal and his representatives over a contract.

Bitter rivals Galatasaray are interested in hijacking the move but Ghezzal has already been public that he wants to stay at Besiktas and the club have scheduled further talks this week.

He also has offers from the Middle East, France and Italy but is expected to return to Vodafone Park and net the Foxes a small fee. 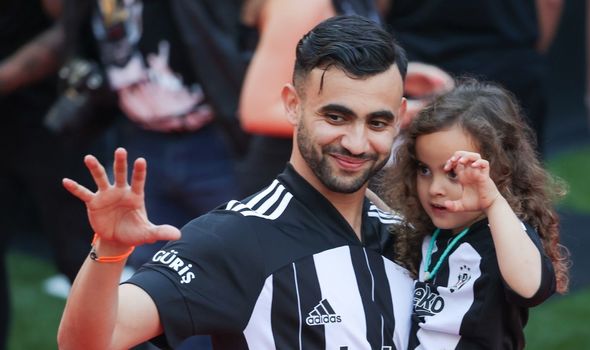 Britt Assombalonga could be about to form an unlikely new strike partnership with former Manchester City bad boy Mario Balotelli in Turkey.

The 28-year-old Congolese frontman has joined Super Lig outfit Adana Demirspor on a free transfer following his release from Middlesbrough.

Now the club who were promoted from the second tier in Turkey last season, are close to finalising the capture of Balotelli following his departure from Monza.

Their president Murat Sancak told A Spor: “With Balotelli we have almost reached an agreement.

“Let’s say we are at 85 per cent. Mario told us he wants to join us, he will come to Turkey next week.

“If we find an agreement, then he will wear our shirt. He wants to be successful with us to go to the World Cup in Qatar.”