Swindon forward Harry McKirdy saw the funnier side of things after his side were thrashed 4-1 by Manchester city in the third round of the FA Cup.

The League Two side got dumped out of the FA Cup but McKirdy got himself on the scoresheet and he took it to Instagram to give his reaction to the match.

McKirdy posted a posted photo of himself celebrating his goal and captioned it: ‘Ahh what a night, them f****** aren’t bad are they. Cramp was naughtier than a night out in donny,’ accompanied by a pistol, heart-struck and laughing emojis. 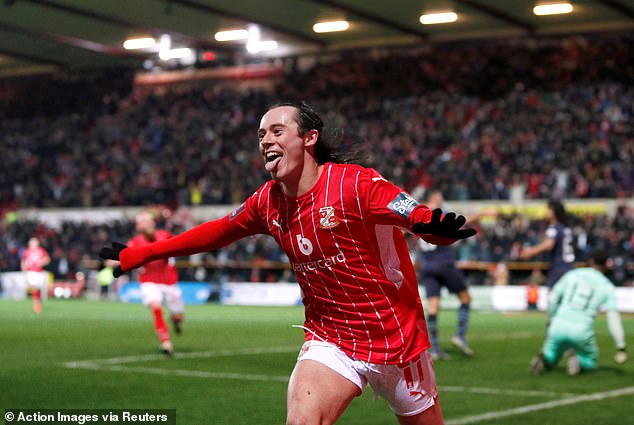 The 24-year-old got on the scoresheet after Jonny Williams slipped him through on the right and he struck a low shot past Zack Steffen.

Prior to that, goals from Bernardo Silva, Gabriel Jesus and Ilkay Gundogan gave the defending Premier League champions a comfortable 3-0 lead at the County Ground.

Cole Palmer put Swindon out of reach just four minutes after McKirdy’s goal, finding the top corner with a superb strike from close-range.

It’s not the first time that McKirdy has caught the eye with his post-match comments. 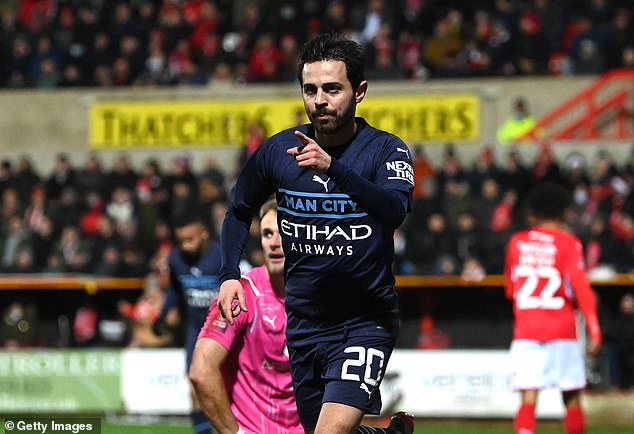 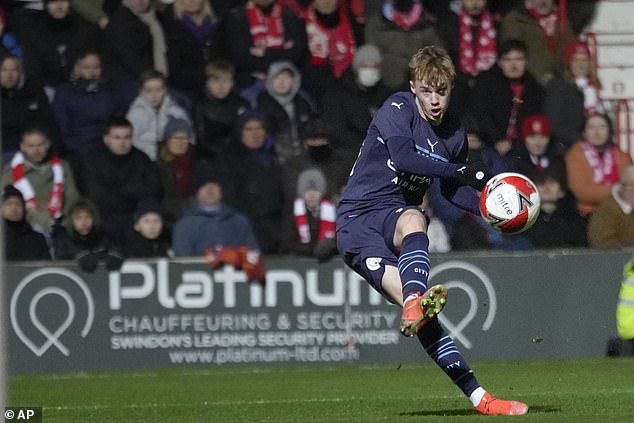 After scoring four goals against Northampton on New Year’s Day, he said: ‘I’m a bit gutted I didn’t get five but that is a bit greedy.

‘I’ve been sulking the last few weeks that I haven’t had enough shots and I was blaming a couple of the boys, but I got chances on Saturday and it felt good.

‘That’s nine goals in the league now and all have been one touch, so I think that’s what I’m good at, that’s my game and I felt a bit more lively on Saturday than I had the last couple of weeks.’