Swansea have confirmed the return of Joe Allen after the midfielder left fellow Championship side Stoke at the end of last month.

Allen, 32, heads back to his boyhood club on a two-year deal having previously made 150 senior appearances for the Swans after coming through the academy to make his debut aged 17.

After helping them win promotion to the Premier League in 2011, he left south Wales to join Liverpool a year later – following manager Brendan Rodgers from the Liberty Stadium to Anfield – before moving to Stoke, where he became captain. 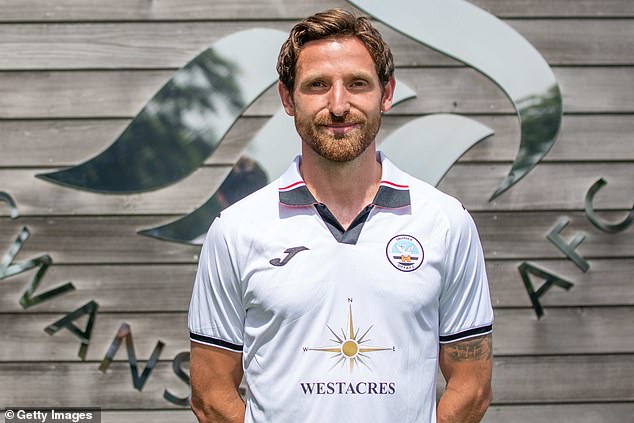 Allen’s contract with the Potters expired this summer and he called time on a six-year spell in Staffordshire, which saw him score 20 goals in 221 appearances.

‘I’m thrilled to be back and very excited,’ the Welsh international told Swansea’s club website. ‘When I knew the club was interested in bringing me back here I couldn’t wait to get things done over the last couple of days and finally sign on the dotted line.

‘It feels like I’m coming back home. I think any way I look at it all the signs are there that it’s going to be a great match.

‘It’s a club I’ve got history with, I came through the system, the football that we’re playing, and the group we’ve got here. 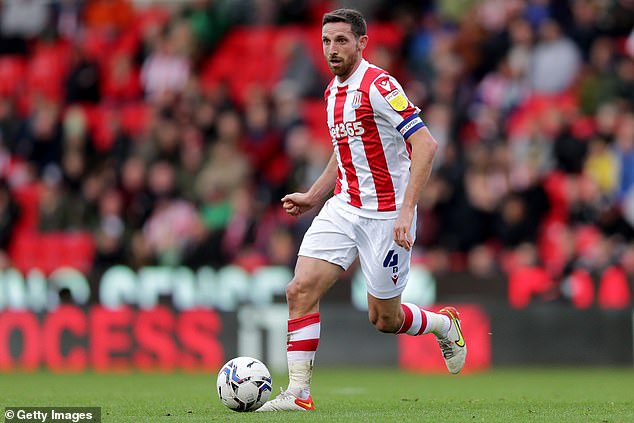 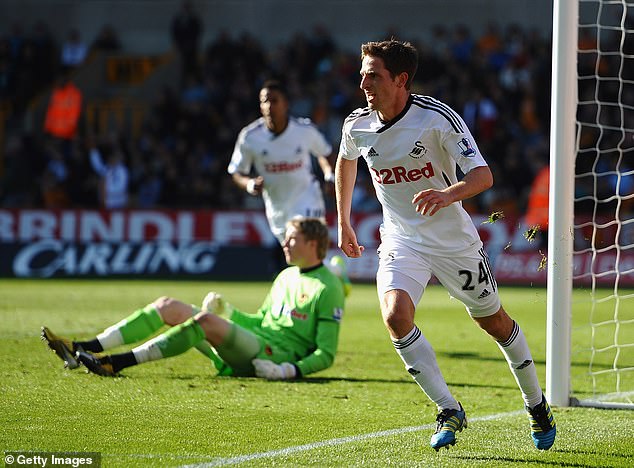 The 32-year-old made 150 appearances for Swansea in his first spell, having debuted at 17

‘From a personal point of view all my family and friends are as excited as I am that I’m coming home and I think it’s got all the makings to be a real success. I can’t wait to get going now.’

Allen has been capped 72 times by Wales and is set to play a key role as part of Rob Page’s team at the World Cup in Qatar this winter.

He will fill the hole in Swansea’s midfield left by Flynn Downes, who has secured a Premier League move by joining West Ham for £12million.