England face Ukraine in Rome in their quarter-final encounter following their 2-0 win over Germany at Wembley.

There was cause for celebration in more ways than one for a Super 6 Extra player, who correctly guessed the full-time score, first goalscorer, first booking and more during the contest. As a result, they took home the £5,000 jackpot prize.

But there are more chances to win as we close in on the latter stages of Euro 2020. The round is now open for England vs Ukraine on Saturday, and you can play for free. Here, Billy Lumsden picks out six priceless pointers to guide you through the journey and help you plot landing the prize. 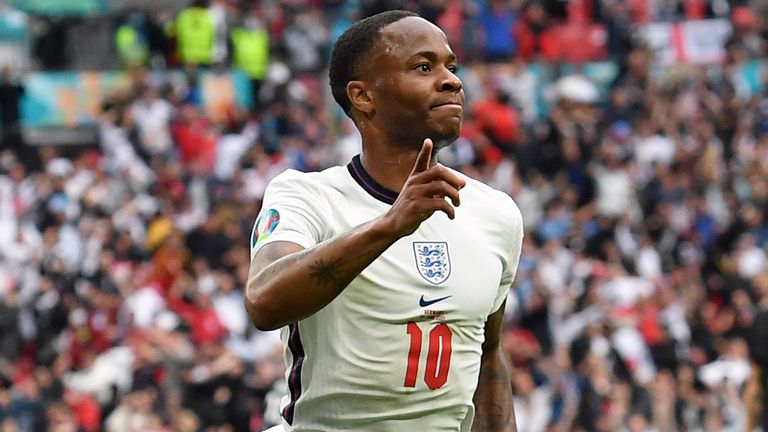 The boy from Brent.

Raheem Sterling has defied critics to score three times already during Euro 2020, and is priced as high as 7/1 with Sky Bet to take home the Golden Boot, being just two goals behind current leader Cristiano Ronaldo.

More importantly from a Super 6 Extra perspective, all three of Sterling’s goals have come first in their respective matches. Over 27 per cent of players are backing the Manchester City man to do the same on Saturday, while 26 per cent are hoping he will collect the Man of the Match award for his troubles.

Remarkably, England have kept nine clean sheets from their last 10 international matches, rewarding Gareth Southgate for the teams he has set out. An impeccable record leaves it a little surprise as to how England have not conceded yet at Euro 2020.

Whether Southgate will adopt the 4-2-3-1 that he utilised in the group stages or continues with the 3-4-3 which beat Germany is unknown, but one thing is for sure; England will be extremely hard to break down, and I would be inclined to opt for a fifth successive clean sheet in the tournament. Take note when making your selections.

There are four players who are walking the suspension tightrope currently, those being Declan Rice, Kalvin Phillips, Harry Maguire and Phil Foden. If they were to get booked they would miss the semi-final, if England make it. Regardless of formation, Rice and Phillips have lined up together in front of the England defence, contributing to their impressive defensive record. But one of these two may well be on the wrong side of the referee’s book again…

Kane to kick on?

Harry Kane netted his first goal of Euro 2020 after a great delivery from Jack Grealish down the left. Could that be all the striker needed to find his feet and kick into gear for the remainder and most pivotal part of the tournament?

A staggering 52 per cent of Super 6 players are predicting to Kane to open the scoring on Saturday, with 23 per cent selecting the talisman as their Man of the Match. What will you predict, with £5,000 to be won?

A goalless first half?

Three of England’s four encounters have seen goalless first halves, so it is not a surprise to see 18 per cent of players opting with another one here. There is reason to believe that this might not actually be the case this time around.

Though Ukraine may be a different proposition to Germany, they will set their stall out and be difficult to beat. England should have the quality to unpick their defence, which will most likely be a five at the back, and could well find themselves ahead at the interval. Over 57 per cent are backing 1-0 England after the first 45. 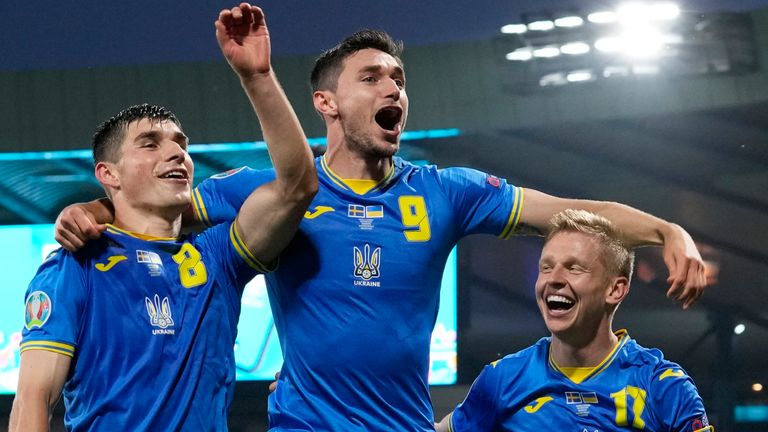 Andriy Shevchenko admitted his Ukraine team were tired following their gritty fightback against the Netherlands which ultimately came to nothing. They then went toe-to-toe with Sweden in the round of 16 which went all the way to the death of extra-time, where Artem Dovbyk headed home the winner.

With that in mind, England could really capitalise on this and score on three occasions for the first time in Euro 2020. More depth and quality to call on from the bench could allow Southgate to make the changes which give England the capacity to stretch their lead on the night.

Could you make it back-to-back winners by correctly predicting what unfolds in Ukraine vs England to win £5,000 for free? Entries by 8pm Saturday.