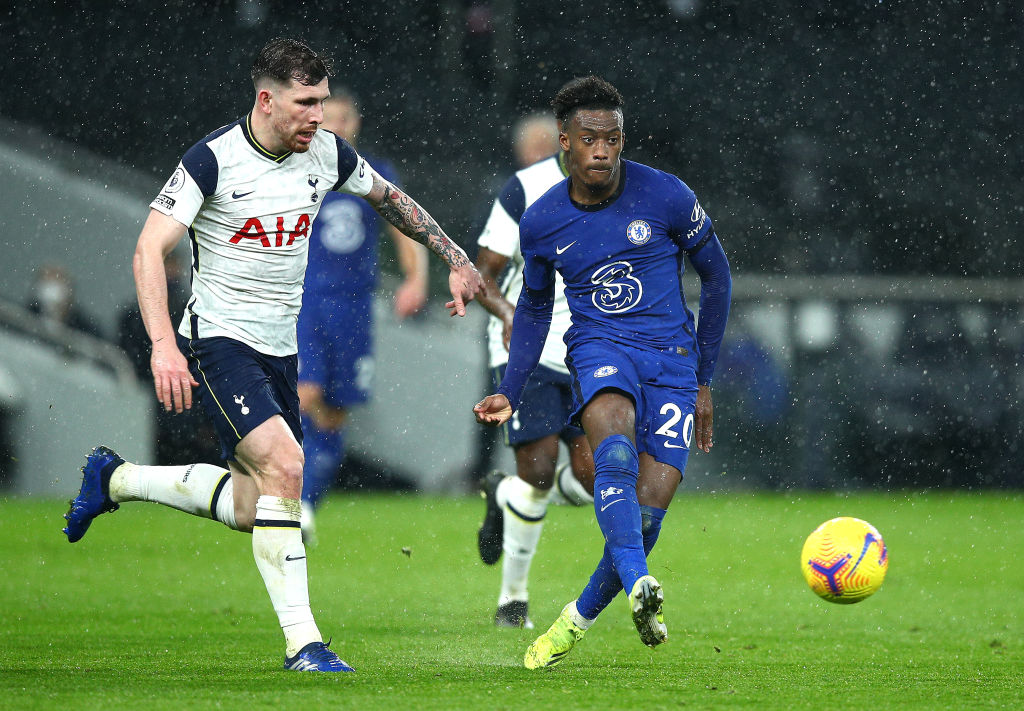 Callum Hudson-Odoi claims the entire Chelsea squad are enjoying life under new Chelsea manager Thomas Tuchel and believes the German’s animated style on the touchline is a real motivating factor for players.

The 20-year-old is regarded as one of the finest young talents in the country but struggled to establish himself as a regular during Frank Lampard’s 18-month reign and has been heavily linked with Bayern Munich for some time.

However, Hudson-Odoi was named man of the match after an outstanding performance at right wing-back in Tuchel’s opening match in charge versus Wolves and the England international continued his run in the side against Burnley and Tottenham, with the club unbeaten under their new head coach.

The Blues could move to fifth in the Premier League table with victory over Sheffield United at Bramall Lane this weekend and a rejuvenated Hudson-Odoi is clearly thriving.

‘I’m liking it because it’s much more… I think it’s motivating when you’re knowing that the manager is on the side and he keeps instructing you to do certain things and he’s shouting at you,’ Hudson-Odoi told Sky Sports when asked about Tuchel’s animated style on the touchline.

‘Sometimes you don’t like shouting but sometimes it motivates players to carry on, keep improving and keep showing your quality.

‘I feel like we’re all enjoying it at the moment and, as I said, hopefully we’ll keep going with it.’

Just last month, a frustrated Hudson-Odoi lifted the lid on his struggles under Tuchel’s predecessor and revealed he was left in the dark over his lack of playing time.

Asked if he was aware of a reason for his chances being few and far between, he replied: ‘No – I’m trying hard in training every day, I’m giving 110 per cent in training and in games.

‘No matter when the opportunity comes, I’m going to try and continue to do my best and contribute to the team – scoring and assisting. Hopefully more opportunities will come.’

But Hudson-Odoi’s situation has turned around in a matter of weeks and Tuchel applauded the youngster for grabbing his opportunity with both hands at wing-back.

‘Maybe it was a good thing I didn’t ask [about playing wing-back] because maybe I would have doubted my decision,’ Tuchel explained ahead of Chelsea’s win at Spurs.

‘With Callum it was a big advantage because I was new, there was just one day. He was happy to start and he took his chance.

‘So all the qualities that he has – the high speed, the quick recoveries, a huge amount of high-speed runs, high-speed dribbling.

‘He’s good one-on-one and he is always a threat to the last line.

‘He took his chance in the first game and there was no need to change for the second game.

‘Maybe in some defensive duels in the air there is room to improve but this is absolutely normal and I am very happy that he was happy to be on the pitch and gave his best.’