‘I will point to those responsible’: Luis Suarez reveals he will make his feelings clear to the Barcelona board if he scores for Atletico Madrid against his former club next month

Atletico Madrid striker Luis Suarez says he will ‘point to those responsible’ for his Barcelona exit if he scores against his former club next month following his acrimonious departure from the Camp Nou in the summer.

Suarez, 33, was told he was not part of new manager Ronald Koeman’s plans at Barca, despite six successful years at the club where he formed a close bond on and off the pitch with captain Lionel Messi.

Though Messi did not get the move away he desired in the summer, Suarez was told he had no future and moved to LaLiga rivals Atletico – and the Uruguayan insists he will make a point to the Barca board should he score in their league clash on November 22. 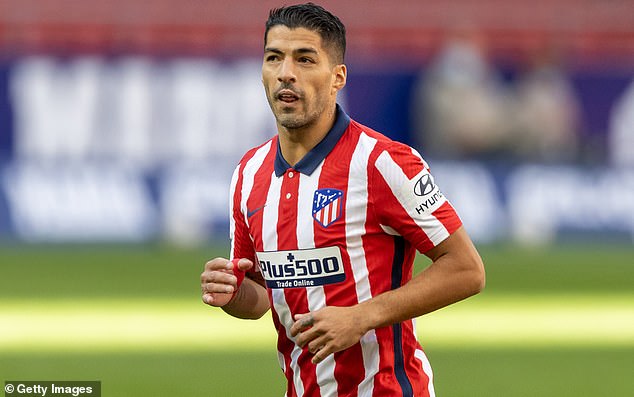 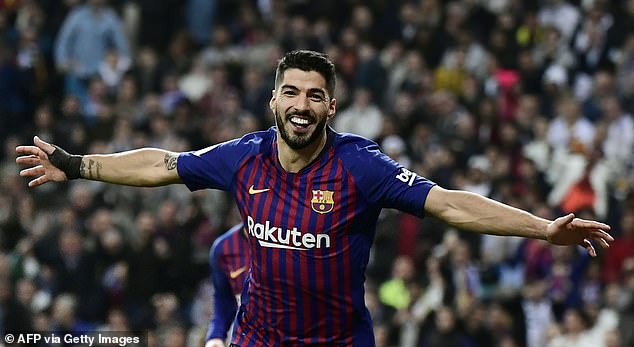 ‘I will not shout “goal” but I will point to those responsible. I spent six years there and felt I had earned respect,’ Suarez said, as reported by The Mirror.

‘I deserved to know my fate before I found out from the press. Also the coach Ronald Koeman came to me saying that he doesn’t count on me.

‘But that was after the leadership of the club had already said there was going to be a change of players.

‘That raises doubts about whether it was the coach’s decision or a directive from above.’ 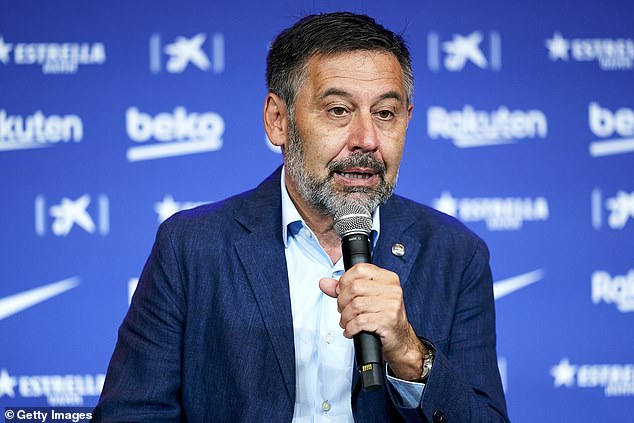 Suarez fell out with the Barcelona board, led by under-fire president Josep Maria Bartomeu 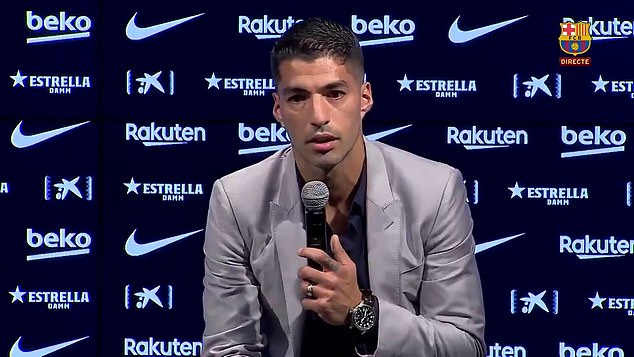 Suarez made a blistering start to life under Diego Simeone at Atletico, scoring twice on his debut against Granada on September 27.

The striker recently suggested the real reason Barcelona got rid of him was because he was too close to Messi, who had tried to leave earlier in the summer.

Suarez told ESPN: ‘There are a lot of contradictions [in Barcelona’s version of events].

‘I would have looked for a solution if it was a financial problem and if it was a sporting issue I could have understood. It is not clear to me why they took the decision they took. 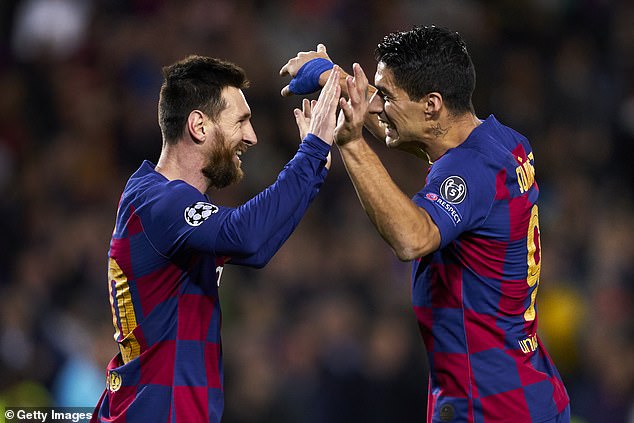 ‘I think they wanted to remove me from Messi’s side. Maybe it annoyed them that I had a good relationship with Leo.

‘Perhaps they didn’t want him to be with me so much. I can’t find any reason to think that would damage the team, though. We looked for each other constantly on the pitch, but for the good of the team. Maybe they wanted him to play with more team-mates.

‘That could have something to do with it. I can’t find any other reason to want to separate us because we got on well on the pitch.’