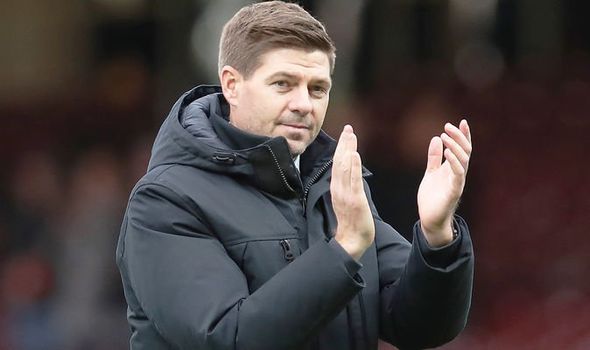 Aston Villa have confirmed the staff who will be supporting new head coach Steven Gerrard. Villa appointed Gerrard as Dean Smith’s successor on Thursday on a three-and-a-half-year deal. And a familiar face will be joining the 41-year-old at Villa Park.

Gary McAllister has been confirmed as the assistant head coach to Gerrard.

The Scot played alongside Gerrard during his playing days and has followed him from Rangers, returning to Villa Park 10 years after his last spell at the club.

McAllister was assistant to Gerard Houllier for the 2010/11 season before Houllier stepped aside due to ill health.

McAllister was caretaker manager at Villa from April 2011 but left that summer.

He is not the only member of backroom staff that Gerrard has taken with him from Rangers.

Michael Beale will also be an assistant head coach after leaving his role at Rangers.

Villa have confirmed Austin MacPhee, Aaron Danks and Neil Cutler will remain at the club.

Smith is now set to take over at Norwich City, with his former assistant Craig Shakespeare going with him to Carrow Road.

Gerrard arrives at Villa with over three years of managerial experience behind him at Rangers.

Following his appointment, the former England captain thanked the Rangers supporters and revealed his delight at his new job.

“Aston Villa is a club with a rich history and tradition in English football and I am immensely proud to become its new Head Coach,” Gerrard said.

“In my conversations with Nassef [Sawiris], Wes [Edens] and the rest of the Board, it was apparent how ambitious their plans are for the club and I am looking forward to helping them achieve their aims.

“I would like to express my sincere gratitude to everybody associated with Glasgow Rangers for giving me the opportunity to manage such an iconic football club.

“Helping them secure a record-breaking 55th league title will always hold a special place in my heart. I would like to wish the players, staff and supporters the very best for the future.”

Gerrard’s first match in charge of Villa will be the visit of Brighton on November 20.