Ollie Watkins sunk to his knees and the rest of them stormed straight to the Holte End. Only a point, but one to be celebrated. Aston Villa needed this; Steven Gerrard certainly needed it badly, organising a huddle with his coaching staff.

It was the sort of night that can drag teams out of the mud and this offered something of a feelgood factor. Manchester City felt they should have killed the game off after Erling Haaland’s opener but that Villa came back with guts is the sort of response Gerrard has been craving during the trying first month of this season.

There were big performances everywhere. Douglas Luiz, who might have been at Arsenal after deadline day interest, was superb. Emiliano Martinez’s saves at 1-0 kept them in the contest. Jacob Ramsey’s running, particularly for Leon Bailey’s equaliser, offered an outlet in the rare event that City found themselves without the football. 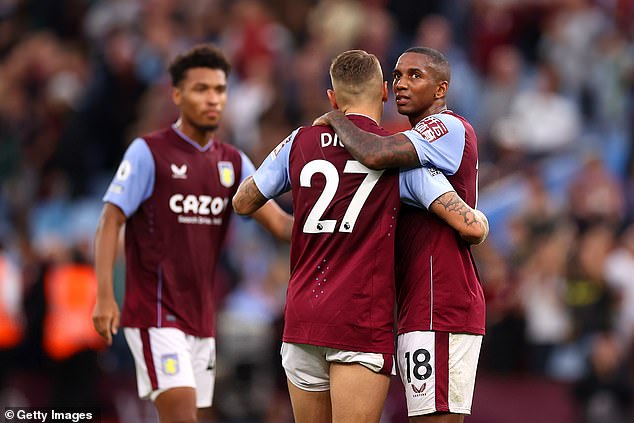 Martinez had been discussing how he has barely slept recently for fretting over their form. After the midweek defeat at Arsenal, he managed just 45 minutes worth of shut eye. He might struggle following this but for entirely different reasons, the adrenaline a sign that their campaign could be up and running.

What it means for Gerrard is more profound. Although ultimately philosophical about the criticism levelled at him with only three points from five games, it must have hurt him. There was some early dissent from the stands when Ezri Konsa dawdled in possession, and when a poor Tyrone Mings clearance almost let Kevin De Bruyne in, but that apprehension subsided once the tempo increased and Villa got about the Premier League champions.

Ashley Young’s diligent tracking back to shut down De Bruyne on the break was roared on, the start of a move that eventually saw Watkins let fly seconds later. There seemed more energy, more gumption when Young replaced Matty Cash, forced off with a hamstring problem. 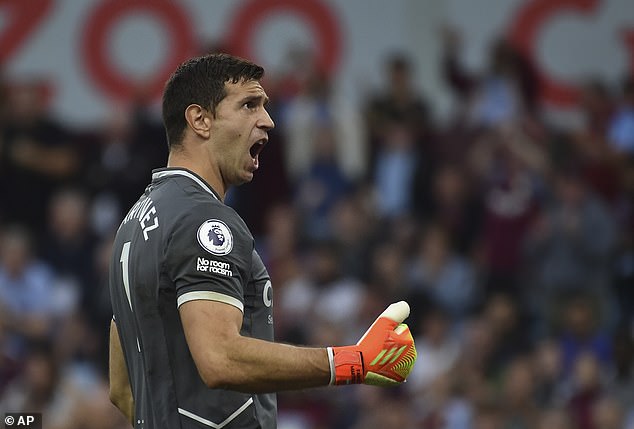 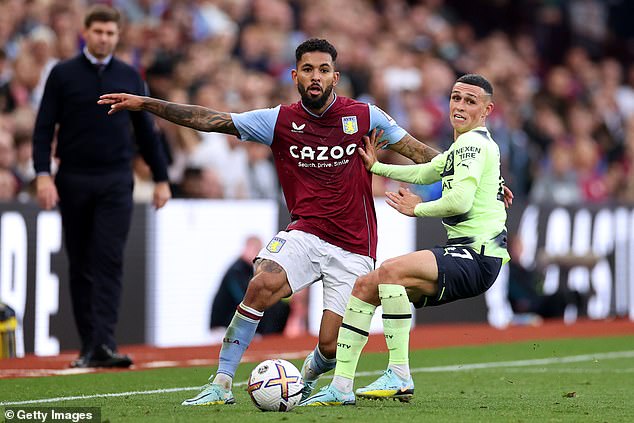 ‘Ash epitomised everything we needed today,’ Gerrard said. ‘The appreciation from the supporters (at the end)… a lot of that should be Ashley because he drove us on.

‘Nobody gave us hope before a ball was kicked. It was important we had belief and courage. I’m really proud at what the players gave. It’s only an important point if we go and back it up against Leicester.’

That is next and both of them are in similar positions. Not just in the league, which is still too early to make any huge proclamations about, but with their squads. Brendan Rodgers was fascinating about the transfer window. 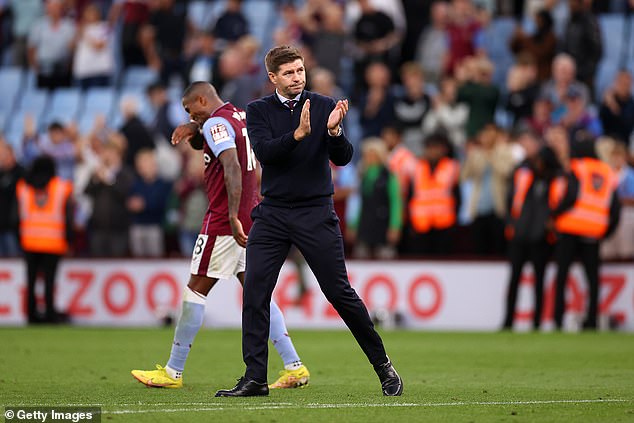 Rodgers possesses more players who wanted to go elsewhere than Gerrard but that trading is closed until January represents a major relief. ‘Everything just stabilises again,’ Rodgers said.

‘People then know where they are going to be for the next number of months. Experience just tells me that everything just calms itself now and I think that’s what we’ll see in this period.’

Gerrard certainly saw a reaction from Luiz. He ran the game from a Villa perspective, incisive on the ball and intelligent off it. Luiz always has a point to prove against his former employers and his team seemed like they are ready to settle some scores over the coming weeks too.