Could Chelsea’s US revolution change the WHOLE Premier League? New billionaire owners plan to sweat their assets with radical plans for TV rights and ‘super fans’… but watch out for the £15 pint!

Jose E Feliciano, the new co-owner of a Premier League side, spots a group of journalists arriving as he takes in an open training session at UCLA’s Beverly Hills campus.

He confidently strides over, introduces himself, and then jokingly starts asking reporters which players he should be targeting in the transfer window.

This is not the neurotic, tell-them- nothing Chelsea Football Club of Roman Abramovich, where the permanent expression was one of pained panic and where the former owner travelled with his own exclusion zone.

This is the US-owned Chelsea Football Club — and the future looks a little different. 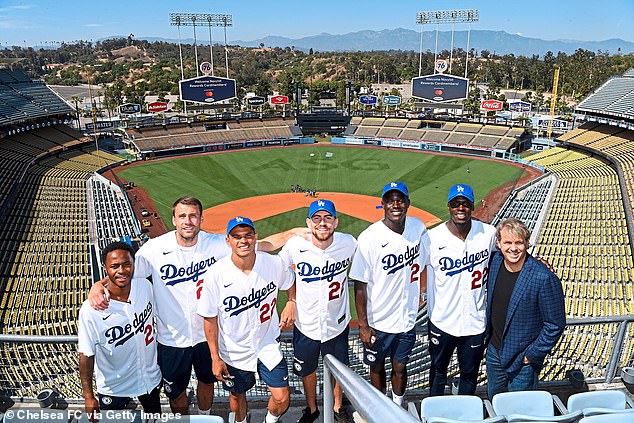 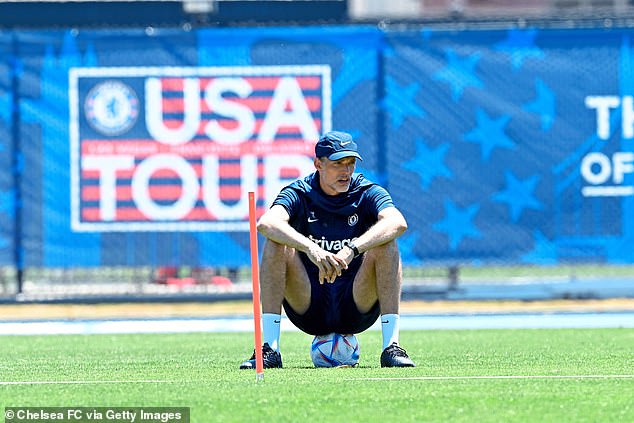 For clues of what that future is likely to be, a short trip across Los Angeles is needed. Dodger Stadium is home to the LA Dodgers, the other sports franchise part-owned by Todd Boehly, the key player in the Chelsea turnover, and it provides a blueprint for the Blues.

When Boehly and his group arrived in 2012, the storied franchise had filed for bankruptcy. On their knees, they had not won a World Series in 24 years.

Quickly they set about rebuilding the roster. A number of ambitious trades were triggered. One deal, worth $260m (£217m) in salaries with the Boston Red Sox, was at the time the biggest in the sport. In three months the Dodgers added almost half a billion dollars to their payroll.

That may be music to the ears of Chelsea’s supporters. It should be. This is an ownership group who clearly realise success or failure starts with what happens on the field. Prior to their arrival, the Dodgers had reached the play-offs for a maximum of two years in a row.

Should they, as expected, make the post-season this year, it will be the 10th consecutive year. In 2020 they clinched an elusive World Series.

In the first decade of their ownership, the Dodgers had 51 more wins than the second-best team. Their wage bill topped the league six times. In every year it has been top five. 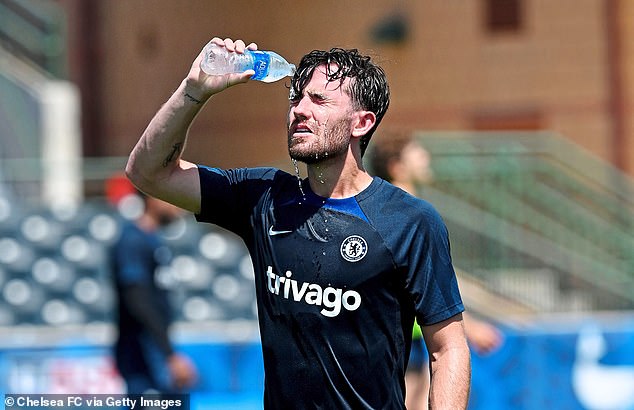 Chelsea have been in the States on a pre-season tour, with many first team stars present

The arrivals, then, of Raheem Sterling and Kalidou Koulibaly, with Jules Kounde set to join them to make it a quickfire £150million, should come as no surprise. More new faces will head for west London over the coming weeks and months.

What will be fascinating is how the new group approach turning things around financially. Like other US owners, they are not here to throw money down a black hole for the love of the game. Every investment has to be part of a plan yielding a return.

Despite winning the Champions League, Chelsea lost £145.6m in 2021. On the playing side, expect highly incentivised contracts. Off it, expect more leaves to be taken out of baseball’s book.

The new group intend to ‘sweat’ their asset. In the short term, expect a rapid, stand-by-stand facelift of Stamford Bridge.

In baseball, the homes of the Boston Red Sox and Baltimore Orioles, Fenway Park and Camden Yards, have been redeveloped in recent times. Landmark features were kept, but with an eye on maximising revenue. A similar project will take place down the King’s Road.

Dodger Stadium is not constrained by space issues but offers a glimpse of what fans can expect. There are merchandise stalls everywhere. The fan experience, where there is a superb view from every seat, is staggering, as is the cost of a can of beer, for $18 (£15). 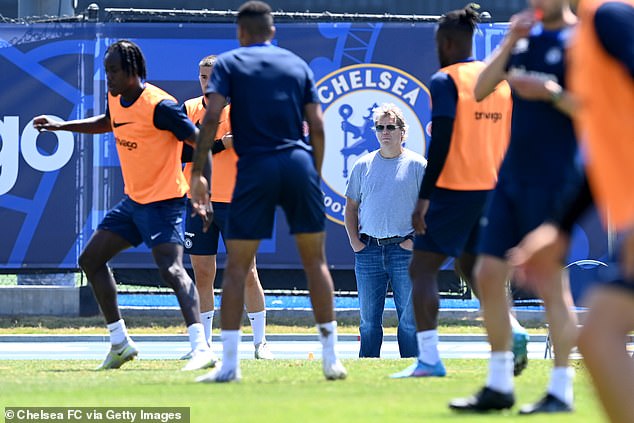 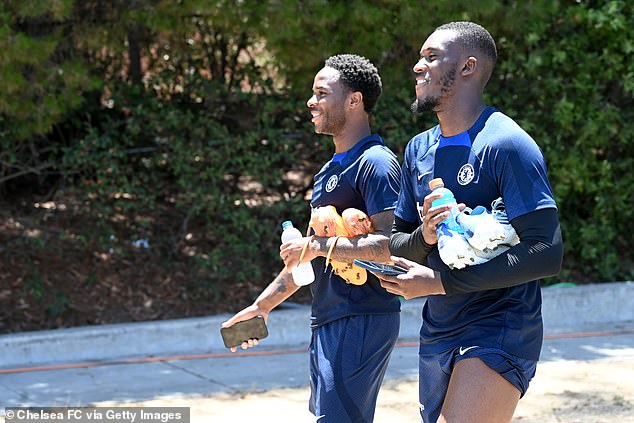 Another clue can be found on the phone. MLB’s At Bat app is seen as the way forward. Launched in 2008, it rapidly became the highest-grossing sports app for five straight years. Users select their own team and can watch matches, thousands of clips and enjoy key moments from their club’s history.

While many top-flight clubs — including Chelsea — already have their own apps, they are seen as streets behind and a major area for potential growth.

Improving digital content, and finding a way to monetise it, is a key priority. Boehly outlined his vision for increasing fan engagement during the takeover. ‘Loyalty programs, whether it’s Dodgers, Lakers, Chelsea, we’re all thinking about having direct customer relationships we can build upon,’ he said.

‘And [then] we can start thinking about [having] lots of tiers of fans that want different products. We’re thinking about what we want to give our “super fans”.’

The biggest gains can be found in broadcast rights. What makes Chelsea — and potentially other top-flight teams — enticing to those on this side of the Atlantic, is the perception that the English top flight is staggeringly undervalued when it comes to selling television. 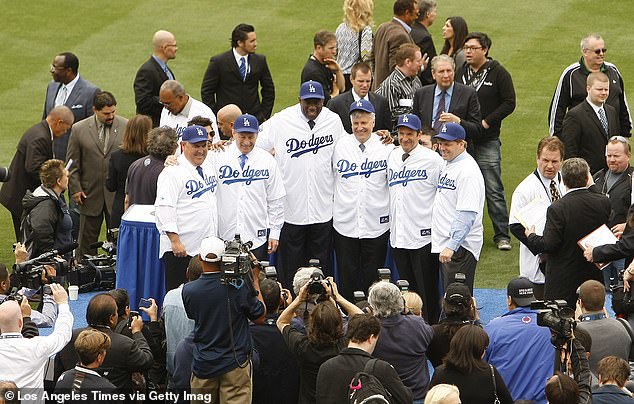 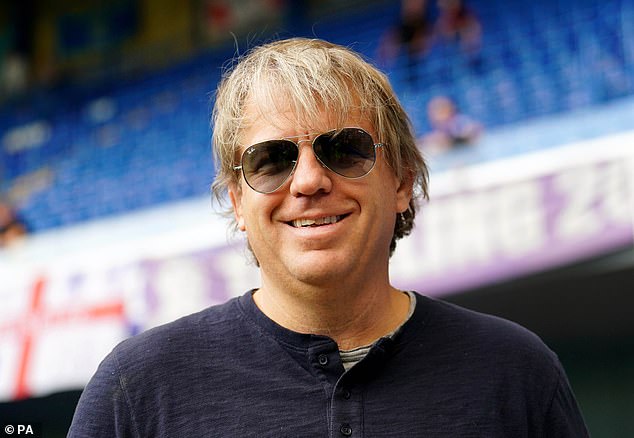 Joe Ravitch is the co-founder of the Raine Group bank, which brokered the club’s sale. He told the Financial Times: ‘My guess is Chelsea and all top Premier League clubs will probably be worth in excess of $10bn in five years.’

The comparison with the NFL is stark, and one which Chelsea’s new owners are well aware of. While the NFL boasts around 175 million fans compared to the Premier League’s 4 billion, it is thought that the NFL generates substantially more in media revenue — which is seen as an almost open goal.

While the Premier League is already the best league in the world, the trick will be how to increase its value. But the owners recognise the beauty of the league is in how competitive it is, and how the broad split of revenue among the 20 clubs helps make the product so appealing. After last year’s disaster, there is no appetite for the breakaway Super League.

In the US, the Dodgers can sell local TV rights themselves, rather than the league making the deal. While such a scenario is unlikely in England, there are ways the new ownership feel they can ‘fully service’ their new fanbase. 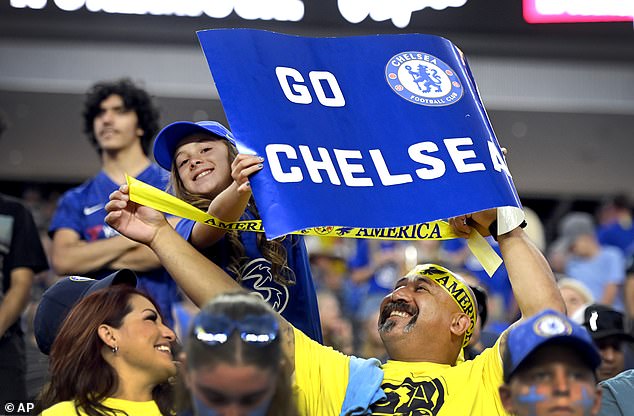 The club have fans worldwide, and the new owners wanting to improve their experience

A large part of that will fall on newly elected ‘President of Business’ Tom Glick. Glick is a rarity in football — someone seemingly universally liked. No one at Manchester City or Derby County, where he worked before, has a bad word to say about him.

Expect changes elsewhere as the business is reshaped. The brisk approach may well get some backs up. According to insiders, it already has, but these people are not here to waste time.

They do, however, value the opinions of others. Cristiano Ronaldo, and the commercial opportunities he would have brought, the shirts he would have sold, may have made him the perfect signing for the new regime.

But they consulted Thomas Tuchel and decided against a move for him. You suspect that was the right call. Expect more of those in the future.