Gareth Southgate has vowed he will not overstay his welcome as England manager as he confronted criticism that his style is too negative.

England face Italy on Saturday at Molineux in a Nations League clash that Southgate is determined to win for a number of reasons. He wants to avenge last summer’s defeat in the European Championship final and build confidence as the World Cup build-up intensifies.

Southgate is expected to play a back four against Roberto Mancini’s side, a system he says is England’s ‘preferred line-up’, but he will once again be without Manchester City forward Phil Foden, who is struggling with illness and may not be ready for Tuesday’s match against Hungary either. 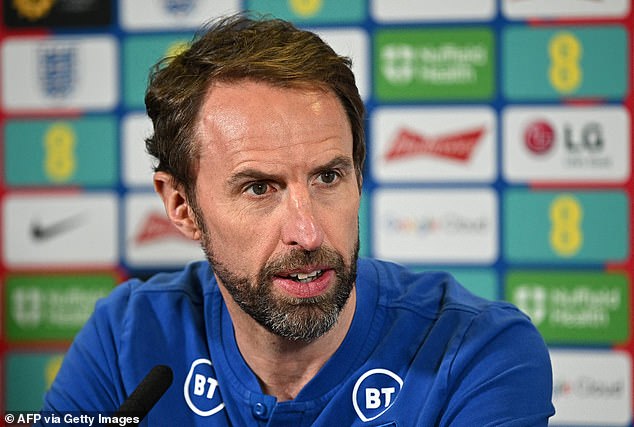 How England perform will be keenly scrutinised. Southgate is aware there is a growing narrative that he is too cautious and doesn’t give sufficient opportunities to players such as Trent Alexander-Arnold and Jack Grealish. Gary Lineker was particularly critical on Twitter.

But in a candid appraisal of the situation, Southgate — who recently signed a contract that runs to 2024 — admitted he would not think twice about stepping down if he felt he had taken the team as far as he could. 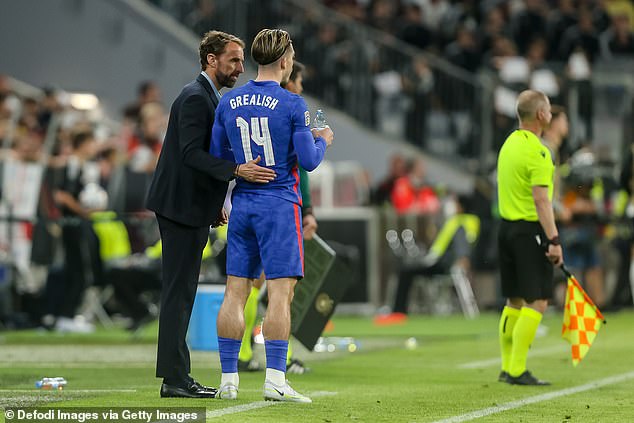 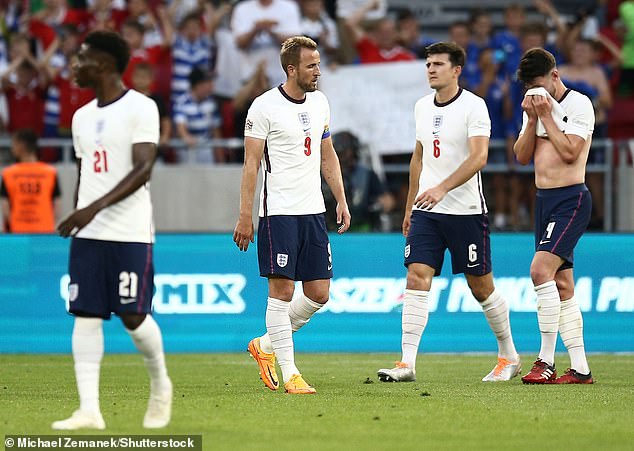 ‘We will continue to improve the team, which we have done over a consistent period of time.

‘We’re also developing young players as well that will leave England in a good place for a long period to come.’

Given that Southgate is only the second man after Sir Alf Ramsey to take England to the final of a major tournament — and considering where they were when he took on the job in 2016 — it felt remarkable that he was having to put forward a defence of his tenure.

Lineker, whose observations included questioning why Alexander-Arnold was on the bench against Germany and urging Grealish to be given more time on the pitch, has been vocal in saying England need to be more dynamic as an attacking force.

When all this was put to Southgate yesterday, he took it in his stride and refused to offer his own criticism, instead preferring to explain that until someone has actually managed the England team it is difficult to understand the challenges he faces.

‘I can’t be swayed because popular opinion would pick 15 players for each game and have 28 players in each squad,’ Southgate said with a wry smile. ‘That is the hard part — to pick every player you talk about. You would have to leave other players out. Everybody will have their own view.’

So why would he say he would not overstay his welcome? ‘That’s how I have always felt about it,’ said Southgate. ‘The major part is how the players are. Do I still feel the players give everything and respond to what we do? Yes I do! 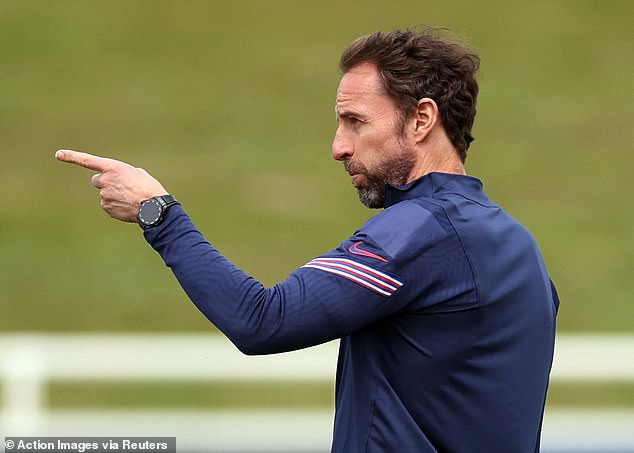 ‘When I travel around the country, people are brilliant. I have received plenty of pats on the back so when you get the other side, you have got to have balance in that. I accept that is what all my predecessors have had so why would it be any different for me?

‘I’ve never (picked up the phone to someone who has criticised him). They are normally in a role where they are paid to give an opinion. They are giving an opinion as they see it. That’s part of the industry.

‘It is not nice when you are on the receiving end. You file it, use it to motivate yourself and understand it is part of being a manager.’