‘We’re DOOMED!’: Graeme Souness fears for the future of football after Leicester were awarded a penalty for a foul by Newcastle’s Jamaal Lascelles on James Maddison in 4-0 Foxes win

Sky Sports’ Graeme Souness launched a furious rant saying football is ‘doomed’ after poor officiating in a weekend that saw a spate of questionable penalties awarded.

Leicester romped to a 4-0 win against Newcastle on Sunday but the game was a tight battle until James Maddison went down easily in the penalty area and won a spot-kick.

It was the seventh penalty in the Premier League weekend, the most in one matchday since September 2003, and pundit Souness was angered at the soft nature of the decision. 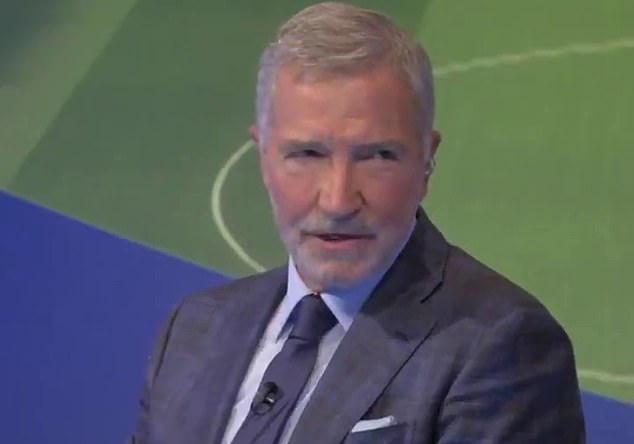 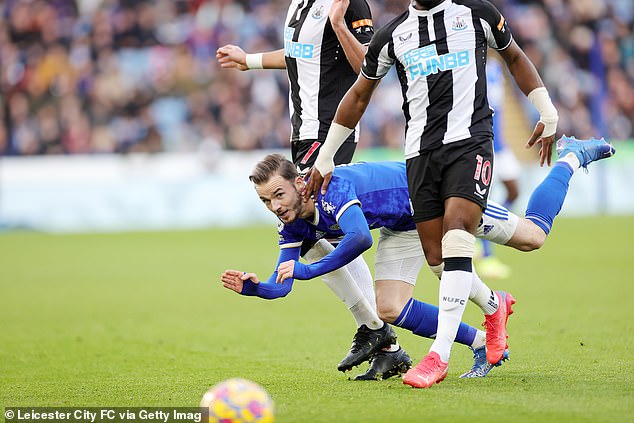 ‘If we’re giving penalties for that we’re doomed,’ he said. ‘Maddison actually kicks himself. He gets himself in the air and runs into (Newcastle defender Jamaal) Lascelles.’

Although Newcastle captain Lascelles clearly hung out a lazy leg, the Leicester midfielder was accused of seeing it coming and deliberately playing for the foul.

Youri Tielemans converted from 12 yards and Leicester eased home after that – the Belgian adding a second goal to go with strikes from Patson Daka and Maddison himself.

And Newcastle boss Eddie Howe bemoaned referee Peter Bankes and hinted that he was swayed by VAR in his ear, with a reluctance to review the decision himself on the monitor. ‘The penalty has a huge bearing on the game, it wasn’t a penalty,’ he said. 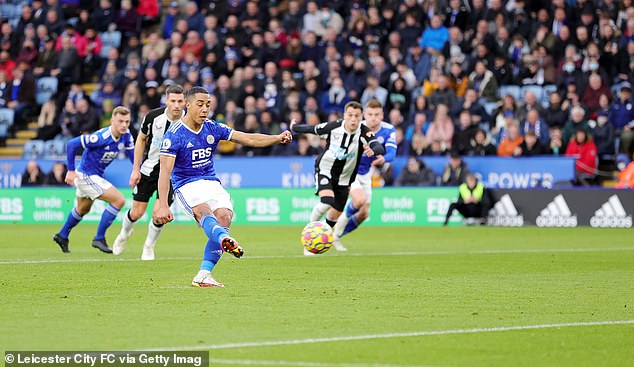 ‘Maddison goes over with the smallest of contact and I am disappointed the referee didn’t go over to the (VAR) monitor to watch a replay.

‘At 0-0, the game was very much on for us to go and win but the penalty changed the game. I would encourage referees to go and see it back themselves rather than take direction from other people.

‘I won’t comment on Maddison – that wouldn’t be right – but we are so disappointed with how the goal came about. If it’s not a penalty, it shouldn’t be given.’

It means Newcastle have now conceded 34 goals this season, their most at this stage since their relegation campaign of 1977-78. 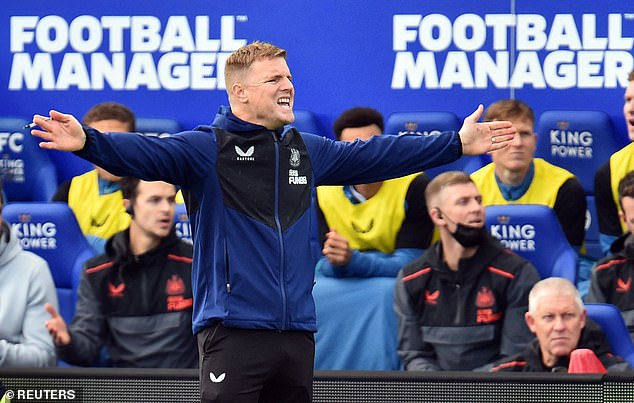 But it was a seismic victory for Leicester and a first League clean sheet since the season opener. The imperious Maddison played a hand in every goal, winning the penalty before playing an unlocking pass for the second, assisting Tielemans for 3-0 and scoring himself for 4-0.

‘James was outstanding today,’ said boss Brendan Rodgers. ‘For us to be sat in eighth place with all the issues and challenges (injuries and Covid cases), is a real testament to the players’ mentality and spirit.’

On Youri Tielemans, who started his first League game for two months, Rodgers added: ‘He’s a brilliant player. He’s the one I look to to win games. His all-round game has improved so much – he is now a complete player and a massive player for us.’