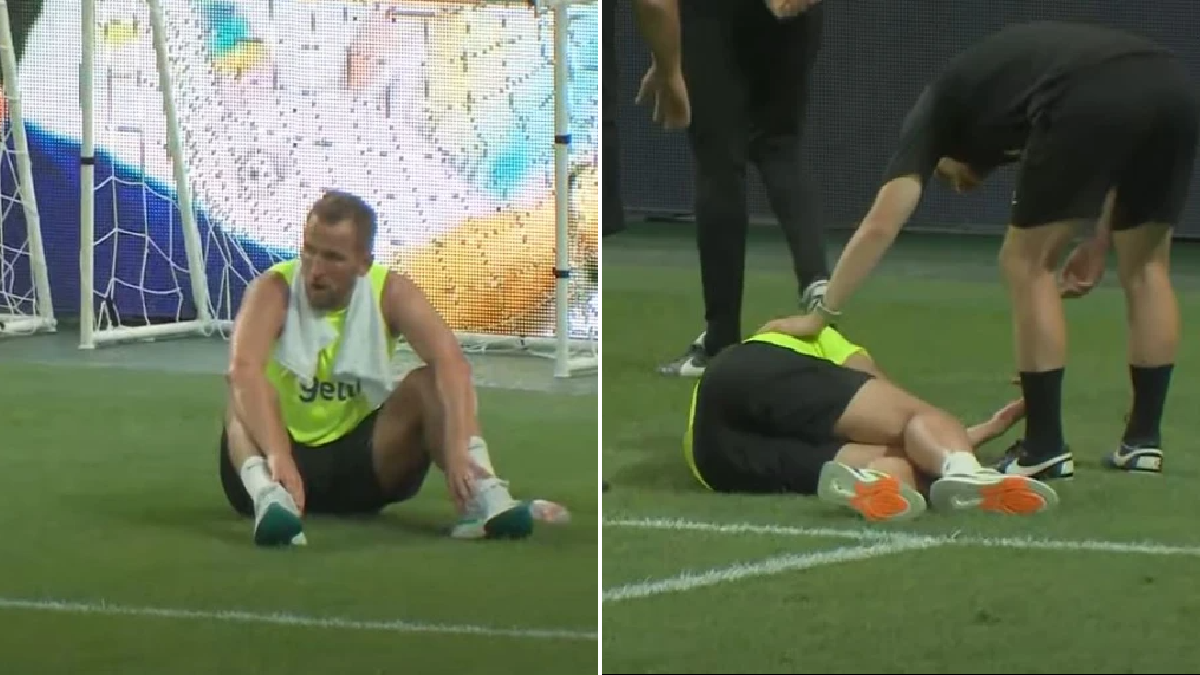 Harry Kane and Son Heung-min were among the Tottenham players who felt the full brutality of Antonio Conte’s pre-season regime.

Spurs have begun their pre-season tour in South Korea and are due to play Team K League in their first friendly on Wednesday.

On Monday, Spurs trained at the World Cup Stadium in Seoul in front of 6,000 fans and those in attendance caught a glimpse of the tough fitness sessions Conte has used throughout his managerial career.

After rondo warm-ups, a series of drills and a 10-on-10 game across two thirds of the pitch, Conte got his players running 42 lengths of the pitch at a quick pace with minimal rest after three lengths.

And the grueling runs proved too much for both Kane and Son, who collapsed to the ground at different stages.

Those who returned to pre-season training earlier than the group which included Son and Kane were given a slightly easier task of running 30 lengths of the pitch.