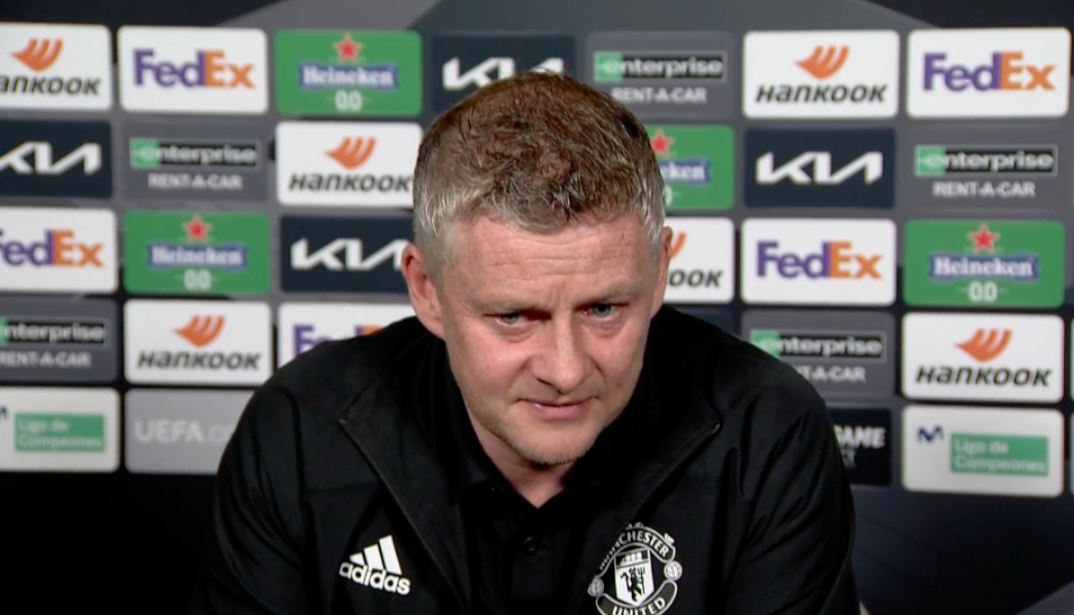 Pogba has not played since limping out of the 3-3 draw with Everton on February 6 with a thigh injury, missing last week’s FA Cup fifth round victory over West Ham and Sunday’s draw with West Brom.

Speaking at a press conference on Wednesday, Solskjaer said the France international is still a few weeks away from his return, ruling him out of upcoming fixtures against Real Sociedad, Newcastle United and Chelsea at the end of the month.

‘He’s starting the treatment but it will still be a few weeks. He won’t be playing in February, that’s for sure, it’s still a few weeks before we see Paul definitely.

‘We won’t see him in February, that’s for sure.’

The Red Devils travel to Turin for their first leg clash against Real Sociedad on Thursday but Cavani and van de Beek will not be part of that group.

On United’s injury concerns for Thursday, Solskjaer said: ‘Apart from that, [we have] a couple of doubts. Anthony [Martial] and Scott [McTominay].

‘So we will have to check them tomorrow. Donny and Edinson definitely not travelling.’

The United boss added both players are struggling with muscle injuries.

Elsewhere, teenage duo Amad Diallo and Shola Shoretire will both be part of the travelling squad heading to Turin.

Diallo has impressed in his two appearances for the Under-23 side since his arrival at the club in January, named among the subs for last Tuesday’s FA Cup meeting with West Ham.

Shoretire meanwhile has joined Diallo in stepping up to train with the first-team after signing his first professional contract with the club last week.