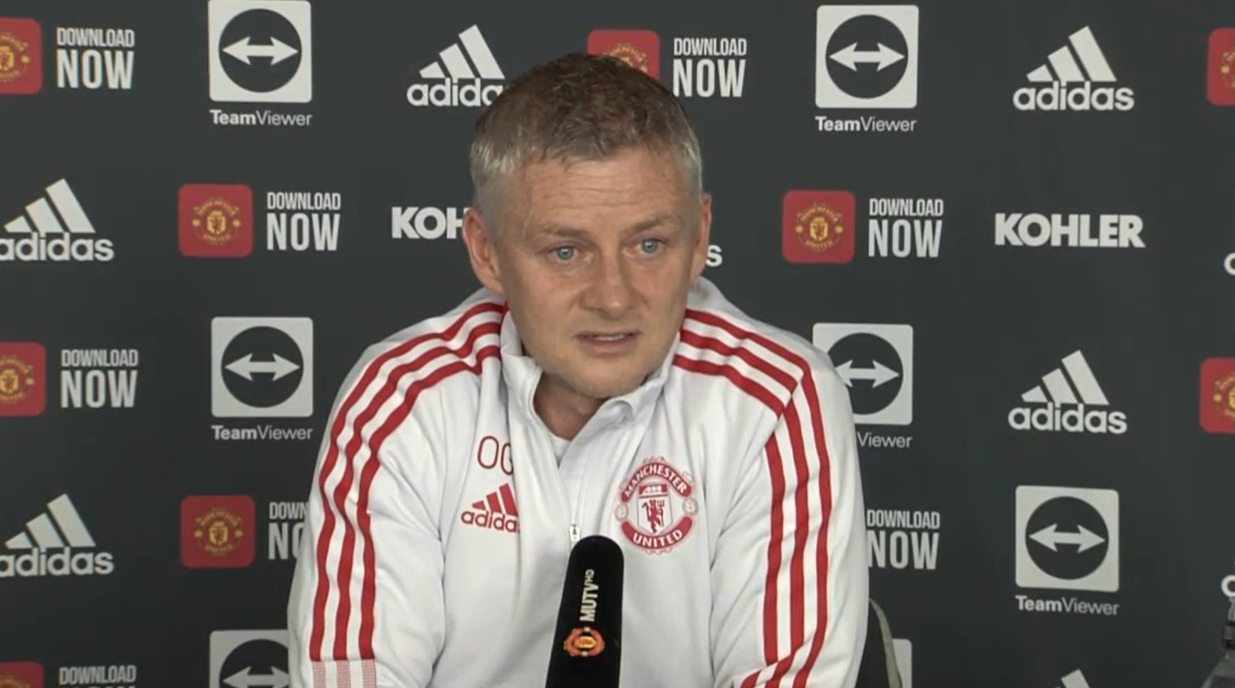 Ole Gunnar Solskjaer has confirmed he has been in regular contact with Manchester United’s hierarchy as speculation continues to grow over his future at the club.

The Red Devils lost back-to-back home matches before the international break against Liverpool and Manchester City, picking up just four points from the last 18 available in the Premier League, and are already nine points adrift of leaders Chelsea.

United’s board are still believed to be backing Solskjaer, though are rumoured to have drawn up a wish list of potential replacements should their form not improve.

Solskjaer is paying no attention to the speculation surrounding him, though, and says he has spoken to the club’s hierarchy and is convinced everyone at the club is pulling in the same direction.

Asked if he has spoken to Ed Woodward or United’s hierarchy in the past two weeks, Solskjaer replied at his pre-match press conference before facing Watford: ‘Of course, I’ve been in contact and communicated with the club as I do all the time anyway.

‘It’s been a long international break but it’s one that we’ve utilised to our benefit, we feel it’s been a good response from the players and we’re ready for the Watford game.’

On whether he still feels safe in the job and supported, Solskjaer continued: ‘Yeah, the players, the staff, myself, the club, we are working to one goal to improve, get better results.

‘The fans are still supporting the team and the club, they’ve been through this period, backed the team through the rebuild.

‘When you lose a game you’re always disappointed and under pressure, we’ve been communicating openly and honestly. There’s one game that matters and what goes on after that. This week has been really good for training.’

United take on Watford on Saturday at Vicarage Road in what is the first of another crunch run of games for Solskjaer, with away trips to Villarreal and Chelsea coming up before a resurgent Arsenal visit Old Trafford at the start of December.

Solskjaer believes the international break came at an ideal time and his players are refresh and focused on the challenges ahead, while they have worked on some of their shortcomings in training.

He added: ‘When we left for this international break it was a good time for us to refresh their minds, some players have stayed here, some have been allowed to go home to freshen up their minds, everyone has kept in touch with the staff and one of the things we’ve learnt over the last few years, my staff have been working really hard to get everyone ready.

‘We’ve corrected a few things, put some things right. I’m sure we’ll see a reaction and a good performance tomorrow.’