Home » Soccer » Solskjaer reveals Martial and Fernandes have 'hit it off'

‘It’s a partnership that we hope can flourish’: Ole Gunnar Solskjaer reveals Anthony Martial and Bruno Fernandes have ‘hit it off’ since Portuguese’s £68m move to Manchester United

Ole Gunnar Solskjaer has revealed that Anthony Martial and Bruno Fernandes have ‘hit it off’ since the Portuguese’s move to Manchester United in January.

The United manager eventually landed the former Sporting Lisbon captain for £65m in January, and the playmaker has impressed so far, winning the Premier League Player of the Month award in February.

With Martial also stepping up to the plate in the absence of Marcus Rashford before football was paused in mid-March, Solskjaer is hopeful the partnership can continue to ‘flourish’ when the Premier League restarts next week. 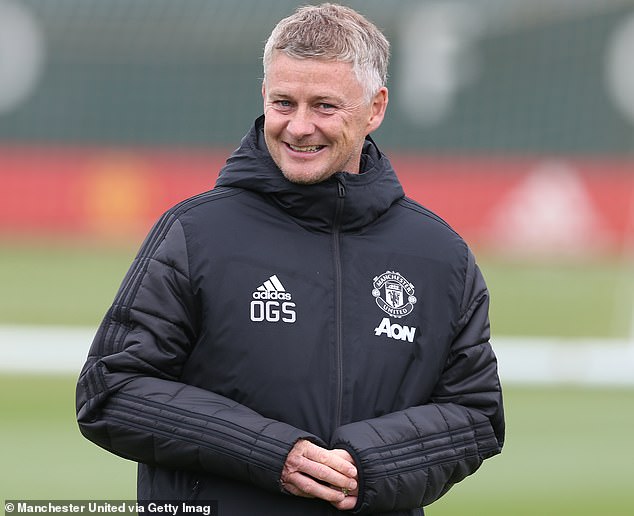 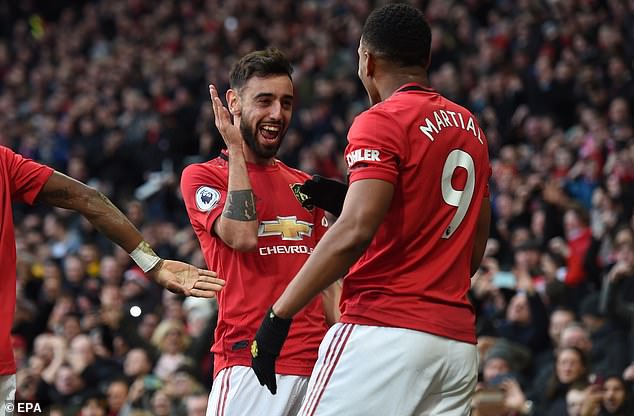 “Anthony’s had a difficult season with injuries but he started the season really well and he’s finishing off… well, the season’s not finished yet but he did really well towards the end,’ Solskjaer told Premier League Productions.

“He’s working hard and for me Anthony was on the way to his best season at Manchester United so let’s see if he finishes it off and kicks on again.

“Tony and Bruno [Fernandes] have hit it off together so it’s a partnership that we hope can flourish.

“We knew he was a quality player and knew that when he came in he would have an impact straight away but you never know if he’s going to settle early in a new country but he’s taken to it like a duck to water.” 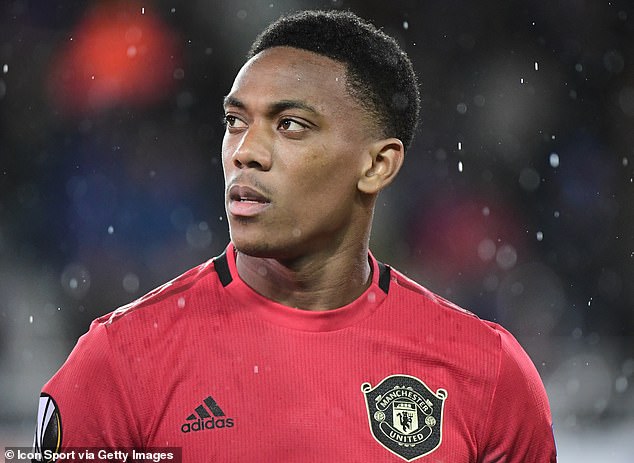 Martial had scored three goals in his last four games, including a goal against Manchester City 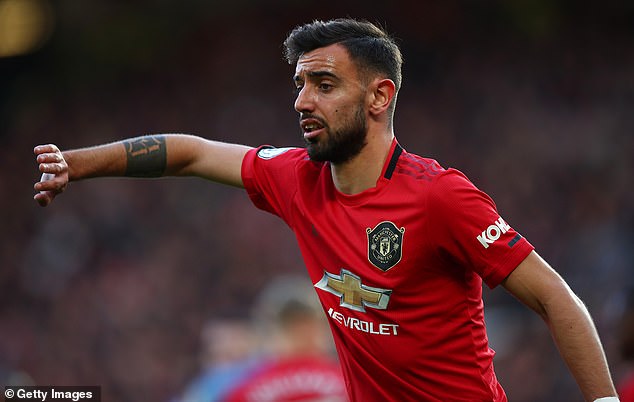 Fernandes, meanwhile, is yet to lose as a United player since his £68m arrival at the club

Martial has scored 10 Premier League goals in 27 appearances this season, but he scored in three out of his last four outings before the coronavirus crisis hit.

Fernandes, meanwhile, has inspired his team-mates and seemingly the whole club, with Solskjaer’s side unbeaten since the midfielder arrived at the club.

United get their season back underway with a tricky trip to top-four rivals Tottenham on June 19.