The two veterans stars started upfront together for the first time as Solskjaer fielded his oldest United XI to date, and each scored in a convincing 3-0 victory in the capital.

Speaking following the final whistle, before which Marcus Rashford had added the cherry on top of the cake, Solskjaer told the Sky Sports cameras that pressure is always to be expected at a club as big as United, from day one. 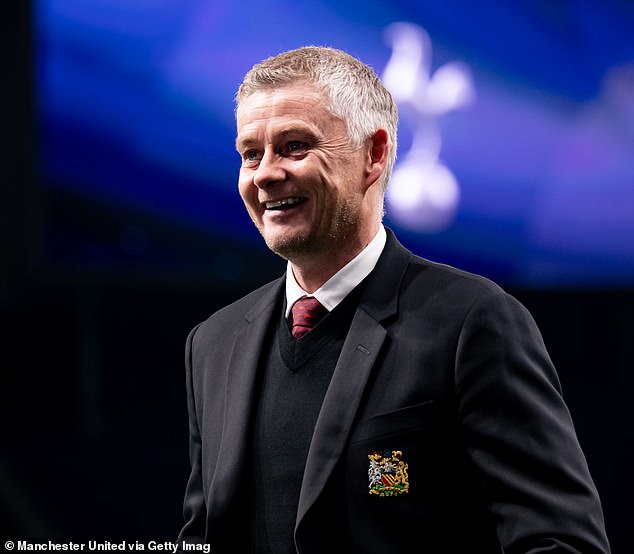 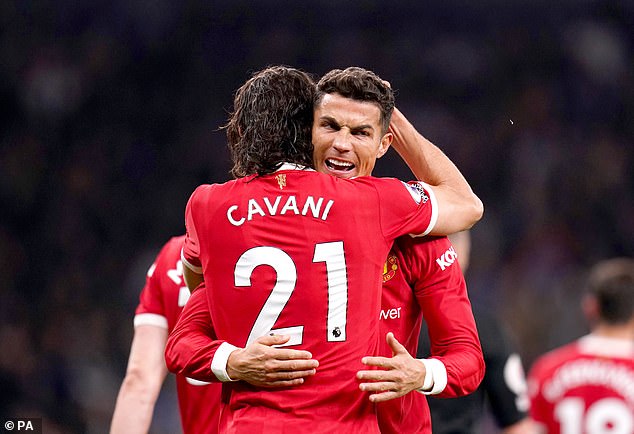 The Norwegian reflected on the week’s training leading up to the match, and outlined that it was always a given that Cavani would be playing.

He said: ‘Apart from maybe the first six or seven minutes. The experience came through.

‘I’ve been more or less three years as a manager and Tuesday’s training performance by Cavani was probably the best I’ve seen from anybody. 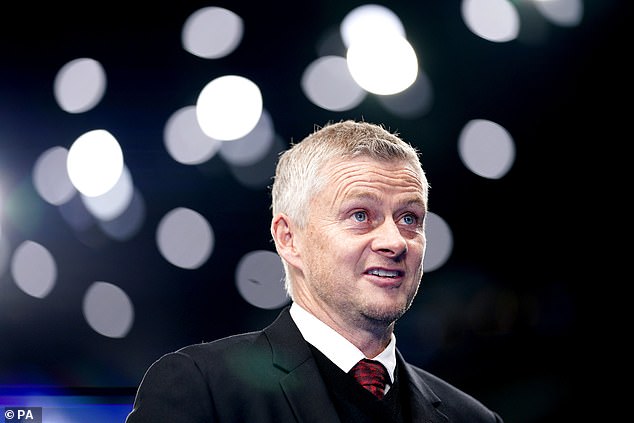 ‘Ronaldo and Cavani play well together. They’ve got loads of respect for each other. The quality they put in is second to none.’

‘They were playing for the club no matter what. It’s about improving as a group. If one of them don’t give what they have for Man United they won’t get to play.’

When asked whether he was feeling especially relieved to finally have a victory back against his name, Solskjaer remained pragmatic.

‘You know you’re under pressure from day one when you walk in here,’ he said.

;This week has been a difficult one for the players, fans haven’t been happy. This is one game, it’s the next one now, Atalanta. You are where you are and you have the responsibility that you have and you have to enjoy it.’ 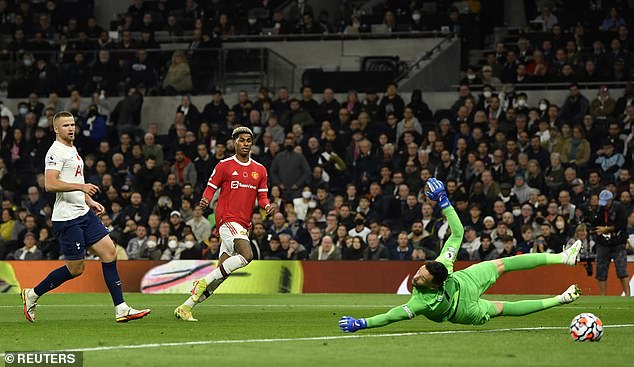 ‘It would have been a different interview and atmosphere but that’s football. When you’re win everyone’s up. You’ve got to look forward to the next game.’

‘We got experience together, Cristiano and Edi. We got more control and probably got a man of the match performance from McTominay