Ronaldo scored both United’s goals in a 2-2 draw against Atalanta that keeps Ole Gunnar Solskjaer’s side top of Group F, including a dramatic 92nd-minute equaliser.

It was the Portugal star’s third crucial late goal in Europe this season, and Solskjaer said: ‘Cristiano is just incredible – it’s what he does. 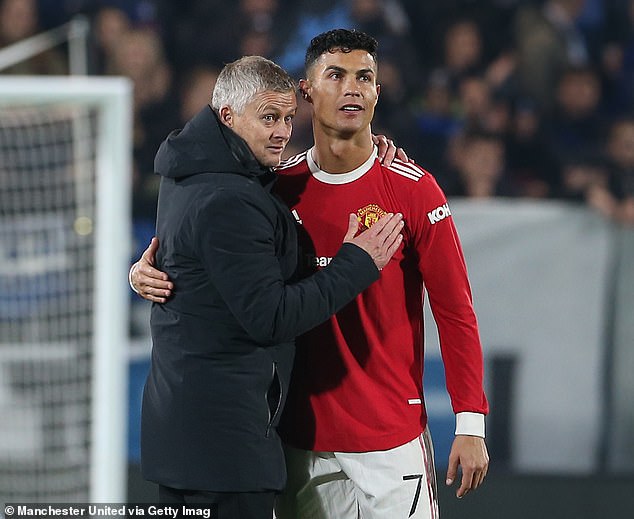 ‘If there is anyone you want to that chance to fall to it’s him. His technique was just phenomenal.’

Ronaldo has been criticised for not working harder for the team, but Solskjaer added: ‘I’m sure the Chicago Bulls didn’t mind having Michael Jordan either.

‘We all have a role and responsibilities. Cristiano a leader in the group and that’s what he does, he scores goals. He does provide those moments. He’s getting better and he’s feeling up to speed now.’

Ronaldo has now scored nine goals in 11 games since returning to United in the summer and five in four Champions League appearances. 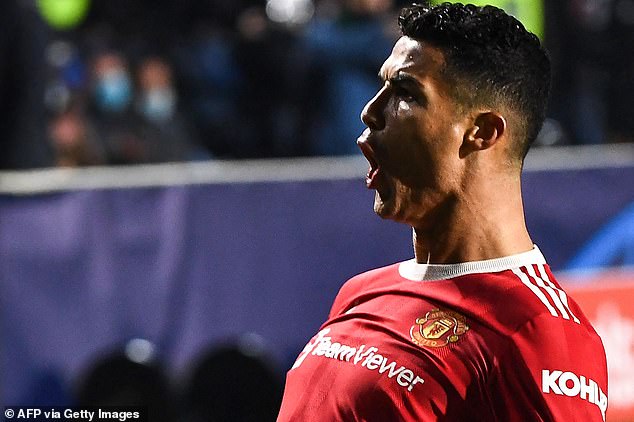 He said: ‘I was a little bit lucky to score the first goal but I helped my team and I am so happy. We never gave up and we believed until the end.

‘In the beginning it was tough and we knew they would put us under a lot of pressure, but we dealt with it well. We still have to improve but we will adapt. We have time and it will come.’

Solskjaer praised his players for fighting back again two weeks after a 3-2 comeback win over Atalanta at Old Trafford.

‘No one can question the character of these players,’ he said. ‘They don’t give up and they don’t give in. We had to make a few changes and they worked. 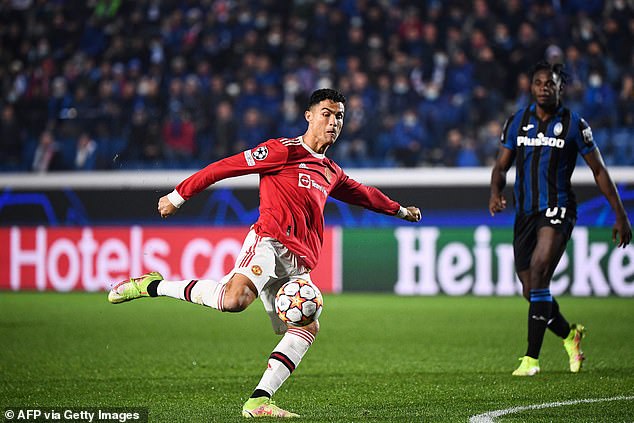 ‘Their two goals were very tight. I’m sure the first one should be off because he blocks David de Gea’s view and the second one is fine margins.

‘The point here tonight is very important. If you win your home games and get a result or two away from home then you go through.’

United suffered a blow ahead of Saturday’s Manchester derby when Raphael Varane went off before half-time.

‘He felt his hamstring,’ added Solskjaer. ‘You can’t take any risks. Unfortunately Rafa has been such a calming influence on the pitch and then we lost him. But that’s football.’ 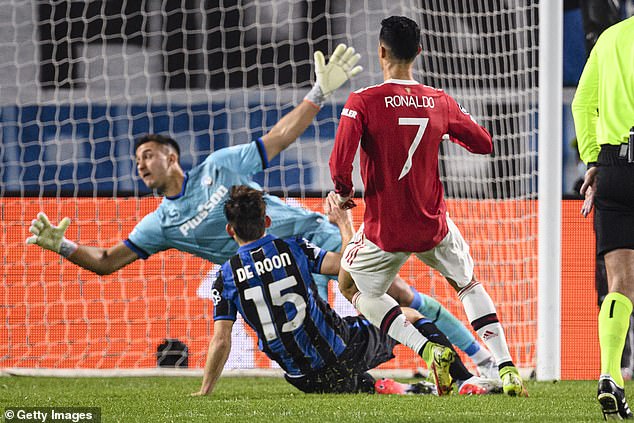