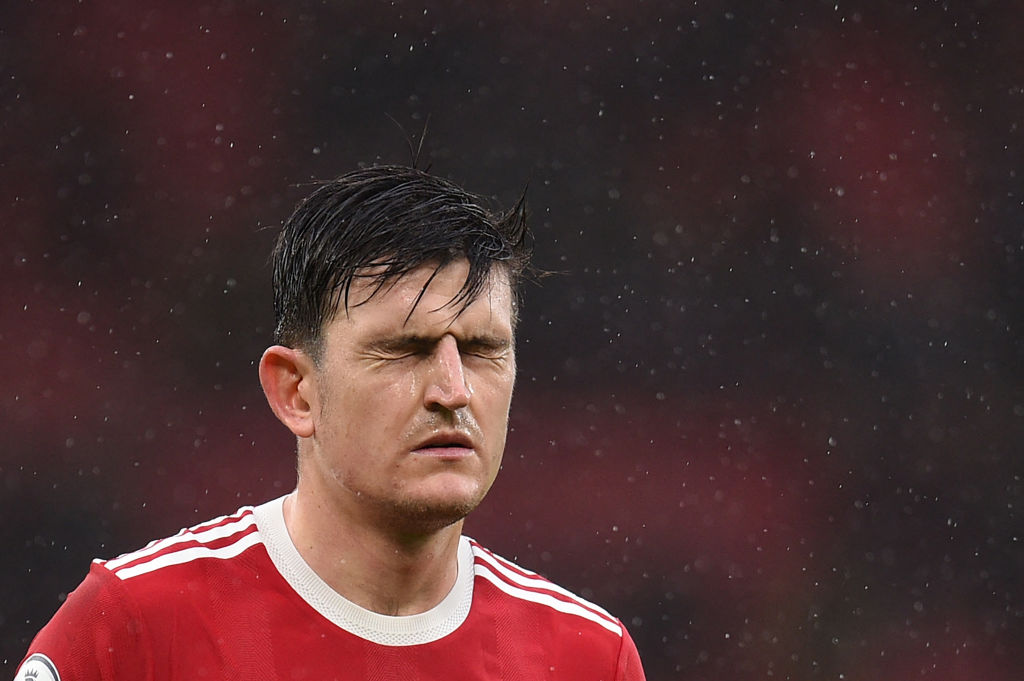 Ole Gunnar Solskjaer has jumped to Harry Maguire’s defence after a difficult few weeks for the Manchester United star, insisting he has never once considered stripping the centre-back of the captain’s armband.

The Red Devils have suffered six defeats in their last 12 games in all competitions and Maguire has been on the receiving end of heavy criticism for his performances at the heart of the defence, with Solskjaer under enormous pressure to turn the situation around.

It appeared Maguire was feeling the effects of England’s energy-sapping Euro 2020 campaign across a tough start to the season with United and his struggles have continued since his return from a frustrating calf injury.

However, Gareth Southgate kept faith in Maguire as he named his latest England squad and the 28-year-old hit back at his doubters with a pair of strong displays in the Three Lions’ recent wins over Albania and San Marino, finding the net in both World Cup qualifiers.

Maguire’s celebration against Albania drew yet more criticism from some quarters, though, with Roy Keane branding the former Leicester star a ‘disgrace’ during ITV’s coverage of the game.

‘He’s put his hands to his ears like he’s shutting the critics up, but I think that’s embarrassing,’ the ex-United captain said.

‘He’s been a disgrace the last few months for Man United.

‘He thinks because he’s scored there he’s going to shut his critics up? Embarrassing.’

Solskjaer has repeatedly brushed off concern surrounding Maguire’s form throughout United’s immensely disappointing start to the campaign, with the club suffering comprehensive defeats to arch-rivals Liverpool and Manchester City in recent weeks.

Speaking ahead of United’s trip to Watford, the Norwegian insisted both he and Maguire would continue to ignore the ‘so-called experts’.

‘As a team we’ve not performed at the standard we know that we can do and at the levels we need to be at,’ Solskjaer said.

‘Harry, as Gareth [Southgate] righty said, he’s not one to hide on the treatment table or try to find any excuse to sit out games.

‘Harry is a top professional who wants to be there for the manager every single time and he trains really well and I think this week going away and scoring a couple of goals for his country will help his form and confidence.

‘For me, no I’ve not considered taking away any captain’s armband away from him. He’s been an absolute stalwart for us on and off the pitch since he came in.

‘The so-called experts have their opinions and that’s their job to put their opinion that’s not something we have to worry too much about.

‘As a true example of a Man United player Harry is always there for his team and his country.’

United are languishing down in sixth after their miserable run of results, but could leapfrog Arsenal into fifth place with victory at Vicarage Road this weekend.

Watford, meanwhile, have lost four of their last five matches in the English top flight and sit 17th in the table, just two points above the relegation zone.