Socceroos coach Graham Arnold has made a personal pitch for the international allegiance of promising young defender Alessandro Circati, who is making waves in Italy under the guidance of legendary goalkeeper Gianluigi Buffon at Parma.

Circati was born in Italy but raised in Perth where his father Gianluca, a journeyman striker, played a season for the Glory in the old National Soccer League and later represented Perth SC in the WA state league.

The 18-year-old came through the Glory’s academy but last year signed for Parma, one of his father’s former clubs, and is now seeing regular game time in Italy’s Serie B – the same league as Brescia defender Fran Karacic, a Socceroos regular. He has made four of a possible eight starts so far this season, having broken through for four appearances last term.

If he continues to get minutes, Circati could become a real option for Australia – and possibly in the short term, too, with centre-backs Kye Rowles (broken foot) and Harry Souttar (knee) in a race against time to be fit for next month’s World Cup, and Qatar-based Trent Sainsbury struggling for form at club and international level.

But Circati, who has also represented Italy at under-20s level, said he isn’t ready to settle on which nation he wants to represent – although a senior Socceroos call-up, which is far more likely given the playing depth of both countries, would surely help make it for him. 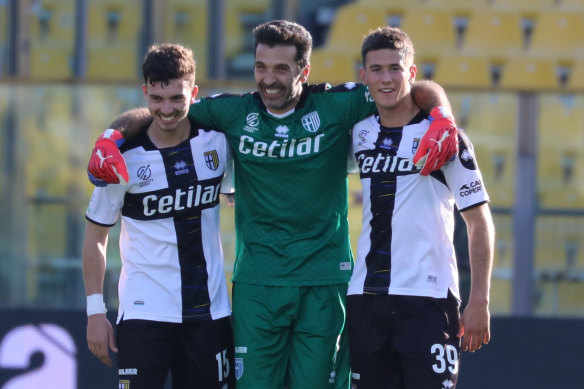 “Graham Arnold called me not so long ago, expressing his interest in me and saying that he’s been following me,” he told the Herald and The Age.

“It was a normal conversation, telling me just to continue what I’m doing. It was good. [But] it’s a decision that can’t be made quickly, and it’s not a decision that I’ll make now because I have love for both countries. I don’t prefer one over the other.”

Circati was part of the Azzurrini team in April that faced Germany and Norway in friendlies. It also featured Sydney-born talent Cristian Volpato, who made his Serie A debut for Roma last year and recently signed a new four-year senior contract with Jose Mourinho’s side.

Volpato, 18, has Roma icon Francesco Totti as his agent and, like Circati, isn’t sure where his international future lies.

“It was both of our first times being able to represent Italy as a country,” Circati said. 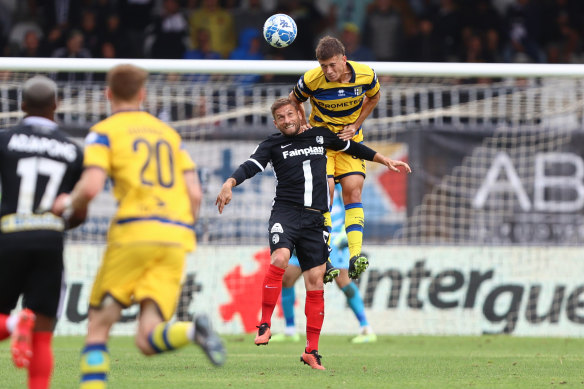 Alessandro Circati, like Cristian Volpato, is open to playing for either Australia or Italy.Credit:Getty

“We played against each other previously, so we knew each other. I was quite pleased, knowing that there’s another Aussie boy representing the Italian national team. He’s a great player with for sure lots of potential. I wish him all the best for what he has to come for the rest of the season. Who knows? Maybe we’ll see each other soon. But I haven’t spoken to him about [which national team] he prefers.”

For now, though, Circati’s focus is playing as much as he can for Parma in their push for promotion to Serie A, where they had been a fixture until the club was declared bankrupt in 2015 and was re-founded in Italy’s fourth division. 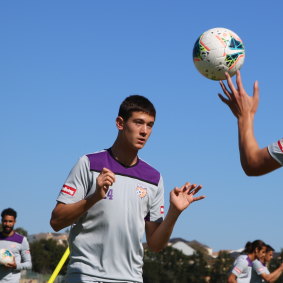 Circati still has to pinch himself at times given the footballing royalty he shares a dressing room with. Buffon, a 2006 World Cup winner with Italy and the long-time gloveman at Juventus, is still on the books at Parma, despite being 44 years old.

“Only two years ago, I’d be playing FIFA with him, looking at videos of him, hearing about things he says and does.

“But he’s just like one of us. He’s a real down to earth guy, which you can learn a lot from. He’s really humble and he’ll give advice and tips to the young players.

“Last year, my debut game, he was behind me. I felt more safe, more secure – I knew that he was going to help me, he was going to speak to me and what he says is something to listen to. It’s great having him in and around the change-room, because he really adds personality and with his deep voice, you sure know when he’s speaking.

“He has a lot of love for the game. Everyone can see that, from the inside and the outside, with his perseverance and his want to keep playing and continue doing what he did for so long and what he mastered – I’m sure he won’t finish any time soon.”