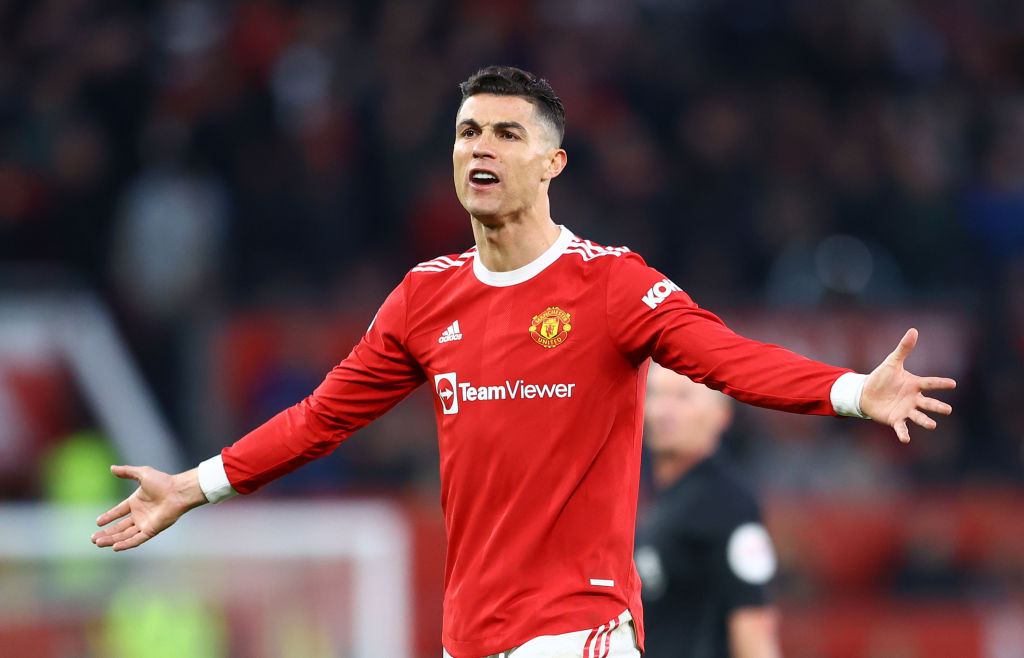 Jamie Carragher says Manchester United’s move for Cristiano Ronaldo was one that a ‘small club’ would make and shows where the Red Devils are going wrong in the transfer market.

United re-signed Ronaldo on a three-year deal last summer, beating rivals Manchester City to his signature on the final day of the transfer window.

The move was initially hailed and Ronaldo made a sensational start by scoring twice on his debut but things soured when United’s form plummeted, which saw Ole Gunnar Solskjaer lose his job in November.

Ronaldo has gone on to score 24 goals in all competitions but he’s been blamed for United’s problems, with many claiming he is a hindrance rather than a solution.

And though Carragher cannot fault Ronaldo’s performances, he believes his return was symptomatic of United’s misguided transfer policy and says it reeked of a deal a ‘small club’ would make.

‘Manchester United are one of the super clubs of world football and I just look at the other ones in Real Madrid, Bayern Munich, Barcelona – the ones that have won Champions League,’ said Carragher.

‘What would you do if you were ten Hag when you’ve got the biggest name in the world? Would Liverpool bring back Luis Suarez? I don’t think they would – even if he was going to get 20 goals.

‘They [United] should be bringing Haaland. Man City are bringing him in whereas United have got Ronaldo.

‘He’s a legend and one of the best goalscorers of all time but it almost made me think of Man United as a small club.

‘It reminded me of Rooney going back to Everton. Everton knew they wouldn’t win anything when Rooney came back but it gave all the fans a lift.’